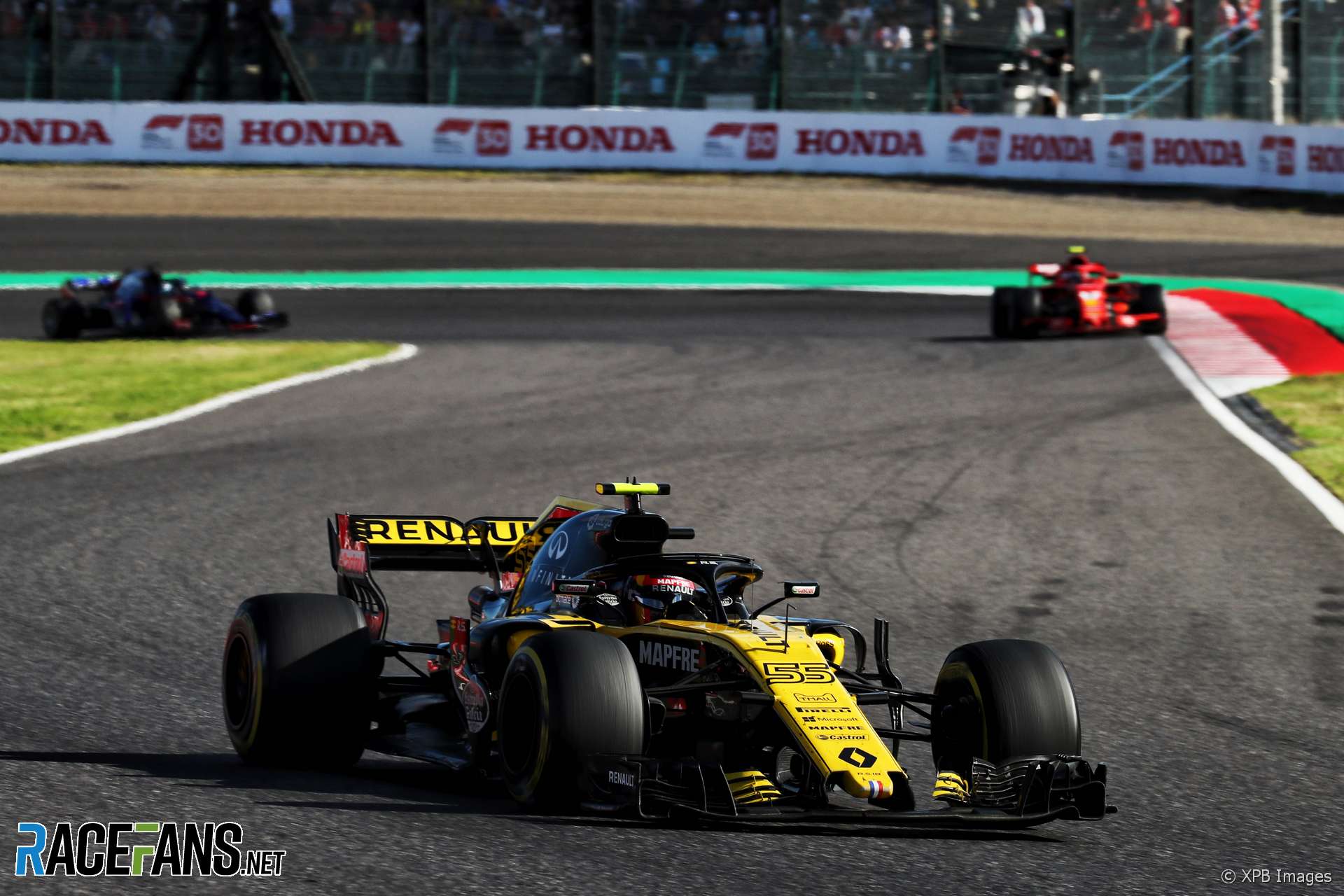 The team has scored many higher finishes during 2018 but Sunday’s result was the first time it has finished in the top 10 at Suzuka since Renault returned to Formula 1.

“After Sochi, it is further evidence that our race pace is competitive at this stage of our development,” said Abiteboul.

“We’ve also shown that the power unit is capable of doing great things in race conditions at high-power sensitive circuits, like Suzuka, with Red Bull Racing fighting for second place in these track conditions.”

Before the race weekend began Franz Tost claimed Honda’s revised power unit was now stronger than Renault’s. While the two Honda-powered Toro Rossos qualified sixth and seventh they dropped out of the points in the race, Pierre Gasly losing his grip on 10th when he was passed by Sainz.

“Carlos drove strongly throughout and never relented for that final point,” said Abiteboul, “while Nico [Hulkenberg] unfortunately had to retire.

“It’s clear what needs to be fixed and that’s improving our qualifying pace. We’ve seen that small differences can play a huge role in starting between seventh or fourteenth. We absolutely need to get on top of this and get the car back where it belongs at circuits which should be better for us.”

Sainz said he was pleased to take the final point. “For us, a point here is the best we could achieve starting from 13th, so that’s a very strong result for us.

“The team executed everything very well: the strategy, the pit-stop, it all worked. We knew we were up against it this weekend, so it’s great value to score and now we need to build on this in the final four races.”

9 comments on “Sainz’s point “an important result for Renault””