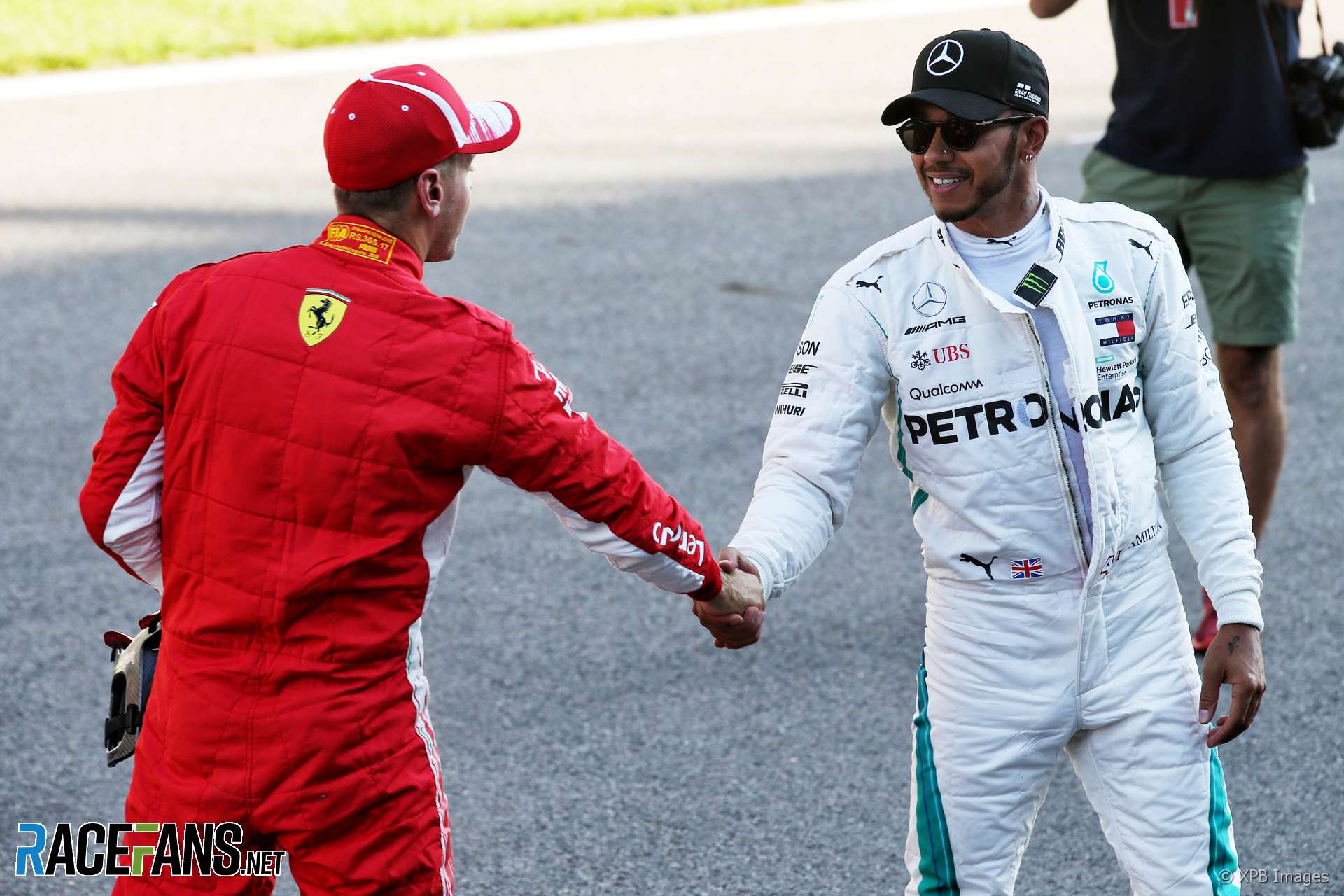 Lewis Hamilton has urged Formula 1 media to give his championship rival Sebastian Vettel more “respect” in their coverage following his recent mistakes.

“I feel the media need to show a little more respect for Sebastian,” Hamilton wrote in a post on social media.

“You simply cannot imagine how hard it is to do what we do at our level, for any athlete at the top of their game that is. It is to be expected that being humans we will make mistakes but it is how we get through them that counts.”

Hamilton did not give any examples of the coverage his remarks were referring to.

The world championship leader scored his ninth victory of the season on Sunday while Vettel came in sixth following a collision with Max Verstappen. Vettel’s chance of beating Hamilton to the title is now extremely remote.

Asked on Sunday whether Vettel’s mistakes in recent races have come about because of the pressure he has put on his rival, Hamilton said: “I think together we can claim credit for applying the pressure and ultimately, maybe, that’s what happens in head-to-head battles with top competitors.

“Eventually someone has to… even though they’re still performing great, one of them can’t always perform the same. It’s a psychological battle, a war that we’re in.

“I think it’s collectively come from everyone, everyone’s put in 100% and everyone’s delivered time and time again. I’m grateful to have also delivered when the team’s delivered.”

Vettel has previously complained about the media’s coverage of this year’s championship fight. In Bahrain he criticised a journalist for asking Hamilton a question concerning a remark Hamilton made about Verstappen.