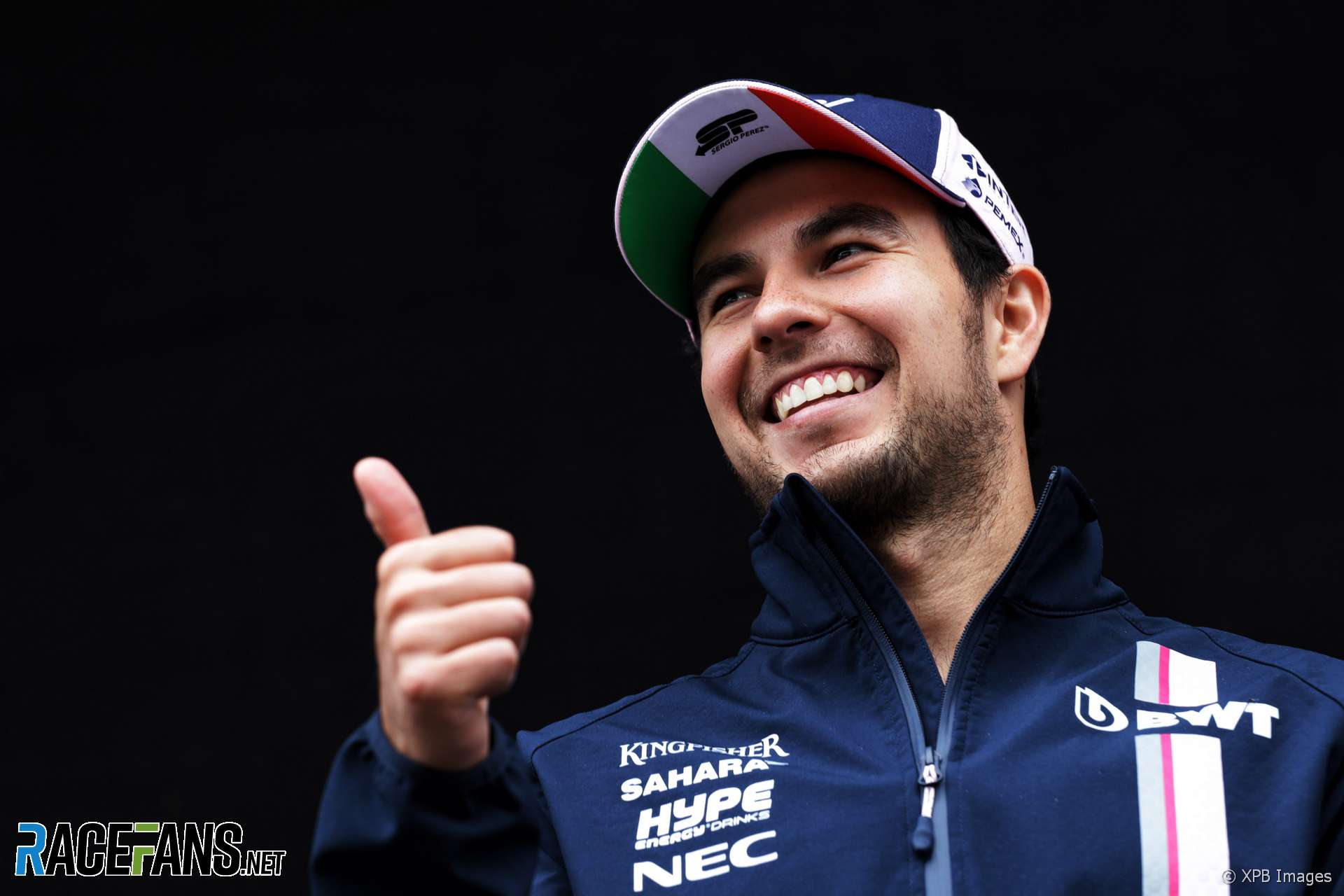 Force India has confirmed Sergio Perez will drive for them again in the 2019 F1 season.

It will be Perez’s sixth season at the team. He has scored five podium finishes since joining them, the most recent coming at this year’s Azerbaijan Grand Prix.

“I am very happy to announce my future and I’m really motivated for 2019,” said Perez.

“Force India has been my home since 2014 and has allowed me to grow as a driver and show my skills on track. We have achieved so much in the last five seasons but I think the best is yet to come.

“The new investment the team is enjoying fills me with confidence and I am really excited about the future.”

Perez’s contract extension has long been considered a formality. He indicated in August terms had been agreed with the team for the 2019 F1 season. This followed the team’s exit from administration under new ownership, a process which Perez was involved in initiating.

Force India team principal Otmar Szafnauer described Perez as “one of the most talented and consistent drivers on the Formula 1 grid.”

“He gives us valuable stability going forward and is a huge asset to the team. As we begin an exciting new chapter in the life of this team, we are delighted that Sergio will race with us going forward.”

View the current list of 2019 F1 drivers and teams