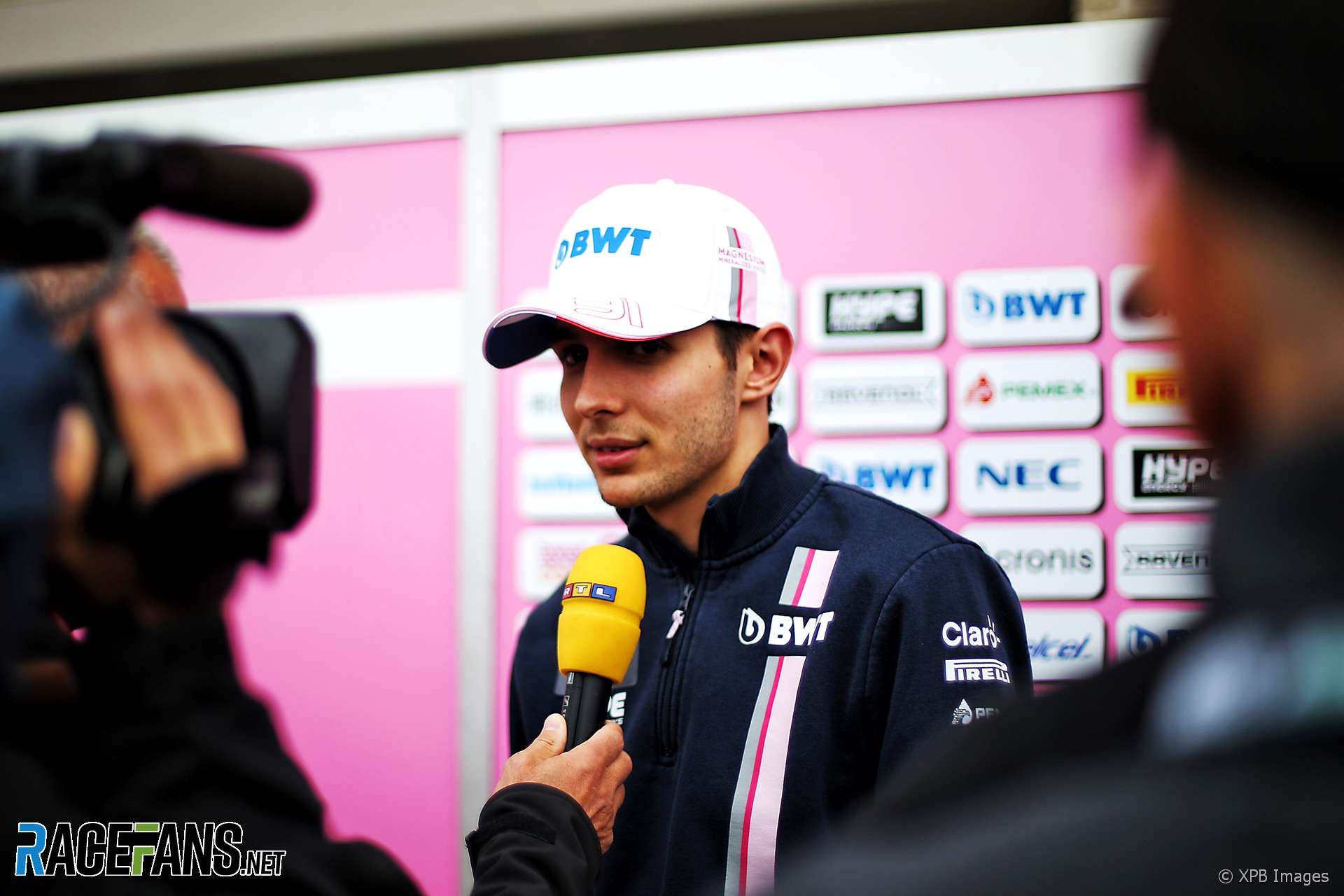 Esteban Ocon confirmed he wasn’t prepared to commit to Williams for more than a single season as he hopes there will be “good opportunities” for him in 2020.

Mercedes customer team Williams is likely to Ocon’s last chance to find a place on the grid for the 2019 F1 season. He is expected to lose his Force India seat to Lance Stroll and Red Bull will not offer the second Toro Rosso seat to a Mercedes-backed driver.

Wednesday’s announcement that Ocon’s team mate Sergio Perez will remain at the team next year “doesn’t change much” for Ocon, he said.

“At the moment we are still on the same level. Still discussions, there are still possibilities for me next year. But really if that’s not the case and if I don’t find a seat next year we see still good opportunities for 2020.”

Ocon could be eyeing a move to Mercedes if the team does not take up its option on Valtteri Bottas’s services for a fourth season.

Last week Williams confirmed George Russell will make his F1 debut for them next year. Ocon said Russell is “not at all stealing my spot” as he has signed a longer-term deal with the team.

“It’s good to see that George is promoted,” said Ocon. “He’s also part of the Mercedes junior programme. He signed for multiple years, that was not our intention to sign for those many years.

“There’s still a second seat in the Williams, there’s still talks so we’ll see where that goes.”

Williams are currently last in the constructors’ championship but Ocon believes they could be much more competitive in 2019.