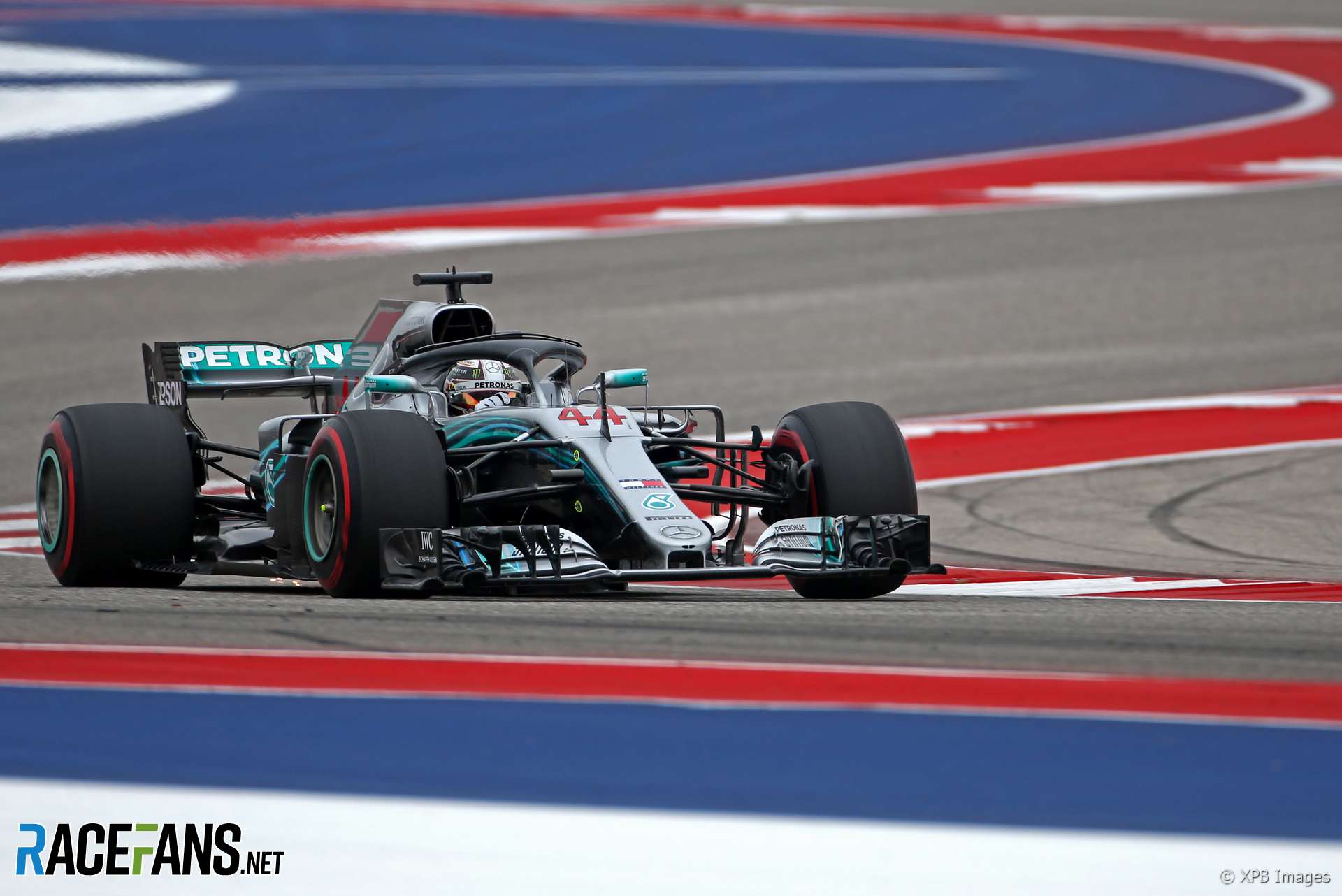 A grid penalty for Sebastian Vettel means he will begin the race from fifth, despite setting the second-fastest qualifying time, just six-hundredths of a second off Hamilton.

Drivers had been warned that track times would be deleted if they exceeded track limits, especially at turn 19, however, this seemed more harshly enforced in Q1 than it had been in final practice with several drivers losing times early on in the session.

Hamilton, who had been behind both Ferraris in dry-running final practice took an early lead to the session with a 1’34.130 that would ultimately top Q1 times. However, it looked as though he might have compromised his running by exceeding track limits despite keeping the time.

Max Verstappen rolled back to the pits with five minutes to go, having hit a sausage kerb beyond track limits at turn 15 and breaking his rear suspension. Hamilton was also asked to return to the pits by his engineer, having run off in the same position but seemed to be able to continue.

The final laps of the session saw Fernando Alonso first save himself out of elimination, then be pushed back into the bottom five by a tremendous lap from both Toro Rosso drivers. Pierre Gasly managed to go seventh, which Brendon Hartley couldn’t equal but still managed a handful of thousandths of a second to put Alonso back to 16th.

Both Williams, Marcus Ericsson and Stoffel Vandoorne joined him in leaving qualifying during this phase.

Raikkonen topped the session early with a new lap record at Circuit of the Americas, setting 1’32.884 on ultra soft tyres. Teammate Vettel managed a 1’33.079 on super softs, the same tyres of the Mercedes in third and fourth.

Hamilton, in fourth at the time with nine and a half minutes to go in the session, was told to go for another lap. Attempting to qualify Q2 on the super softs to give themselves more strategic options for the race tomorrow meant Raikkonen was able to keep the top time for the session, with Vettel just under two tents behind on the super softs in second.

Mercedes sent back out with ultra soft tyres with less than two and a half minutes to go but neither driver improved their times.

Of the drivers eliminated, Verstappen never set a time during the session after retiring from Q1 with rear suspension damage and both Toro Rossos were not aiming for times in this session, knowing that they will start from the back of the grid due to power unit element usage penalties.

Sainz was unable to beat teammate Hulkenberg, starting eleventh and two thousandths of a second back but with tyre choice for the start of the Grand Prix.

Hamilton took provisional pole with just under eight minutes to go in the session on another new lap record of 1’32.567. Vettel responded with a 1’32.655, just eight hundredths off the Mercedes.

With 90 seconds of the session to go, Raikkonen radio’d into his garage to say that he could feel rain. Despite this, he set a new lap record and provisional pole at 1’32.307.

Hamilton, on his final lap, improved the times further to re-take the lap record and guarantee pole with a 1’32.237, six hundredths ahead of Vettel’s final time.

The Ferrari driver’s grid penalty (for infringement of red flag requirements during a practice session) means that he will start the race from P5, having missed out on a final potential grid place by just sixty thousandths of a second.

Ocon led the rest of the grid, beating Nico Hulkenberg to sixth place by seven hundredths, about half a second back from fifth-place Daniel Ricciardo.

26 comments on “Hamilton on pole after Ferrari battle in Austin”