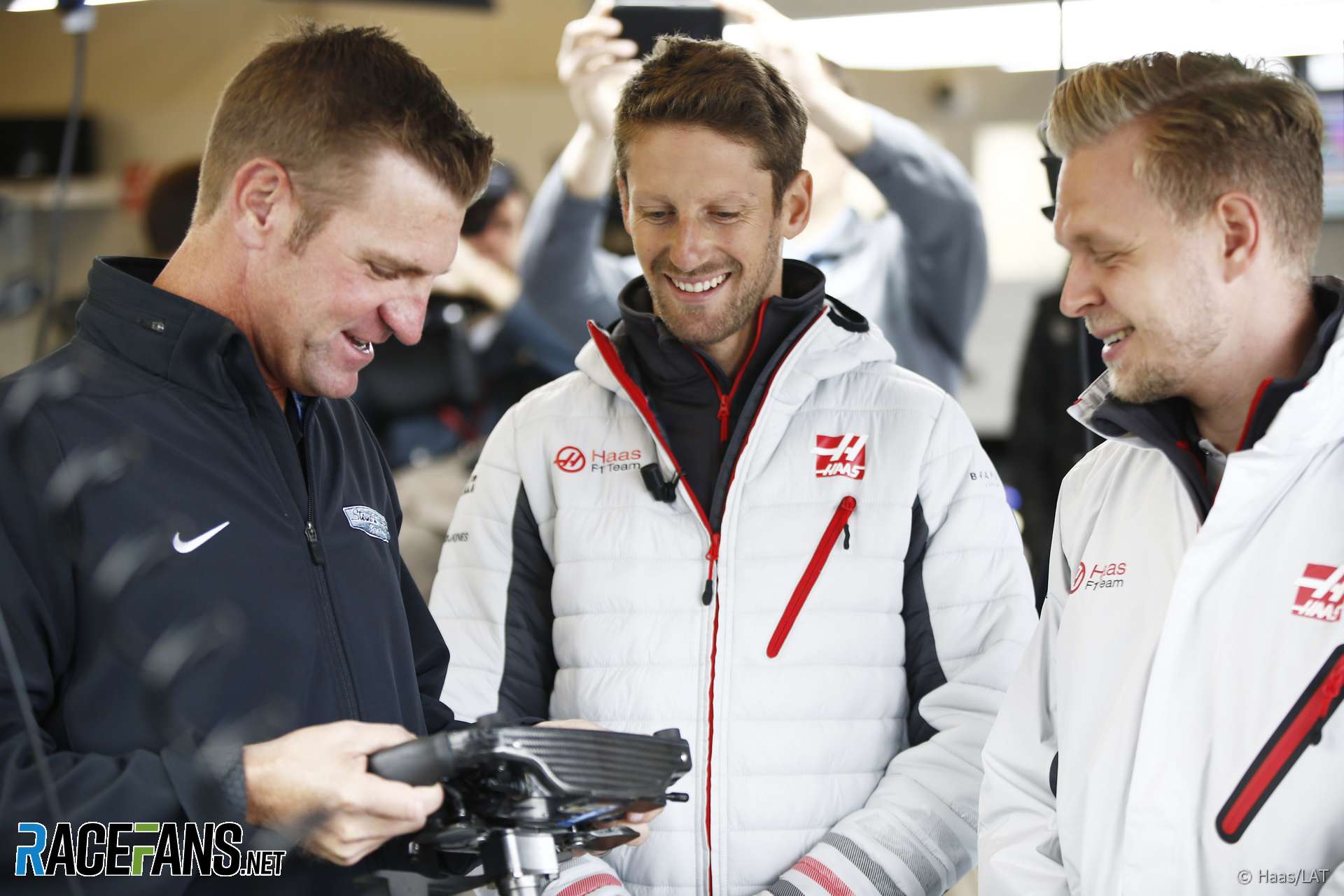 NASCAR driver Clint Bowyer has said that the stock car series should race at COTA before pursuing more ‘Roval’ tracks and that F1 and NASCAR can both learn from each other, technologically.

Speaking exclusively to RaceFans, the Stewart-Haas Ford driver said “I think this race track is awesome. The first thing I thought when I looked at the track was ‘why aren’t we here?’”

“This is a first class facility and all forms of motorsport should be down here racing on it.”

Bowyer said that in attending the event, there were obvious things that NASCAR could take from a Grand Prix – “I think some of it turns me on, some of it just doesn’t. I think, as I come here I’m always intrigued by what makes it work, what’s good for F1, what are we good at, what are they good at.

“When I leave here I’m gonna get on my plane and the first thing I’m gonna do is make notes on my phone. There’s things that we’ve learnt that immediately we could put in place and make our sport better for a fan.”

Pushed for specific improvements, he said that the scale of the event was something NASCAR should aim for – “Hospitality for a sponsor or corporate involvement – this is first class, all the way.”

He also said that NASCAR should move forwards technologically to compete with the appeal of series like F1 to manufacturers – “Technology side of it, we need to get better for our manufacturers to tie that together and maybe be attractive to another manufacturer to bring them in.”

However, Bowyer was clear that F1 had gone too far in those terms, “I think there’s too much technology over here. I don’t think – for the money that’s being spent on it, what are they getting out of it?”

He said that racing should be an entertainment spectacle, with better fan access to avoid ‘turning off’ fans – “In my opinion it still should be about those butts in the seats over there and selling tickets to be able to make this world go round. And that’s certainly what’s put our sport on the map over the years, the accessibility to the drivers, to the programme.

“We don’t have big dividers like that shutting off our garage area, you know what I mean? Some of that stuff is a bit of a turn off, as a fan. If I walk in here I wanna be able to see the hotride sitting in there at least.”

NASCAR recently used a hybrid road track/oval (‘roval’) circuit at Charlotte Motor Speedway, largely lauded as a great move for the series but Bowyer said it couldn’t be the only solution and that NASCAR needed to visit COTA before it threw itself into rival changes -“I think that’s a dangerous thing, entertainment-wise. Before we go turning every mile-and-a-half track into a Roval we ought to be down in Austin putting on a show in here.

“I wanna get in front of different eyeballs; that was the first time in a long time we had something new to show somebody and look at the impact it made in the stands. We’ve gotta be able to do it.

“When this sport was blowing through the roof and going straight north on a graph it was because they were going to new markets: Kansas Speedway, Chicago, going all over the place to where they’d never been to before where a race fan could take the Friday off work, go to the race and be home by Monday, not have to fly across the country and miss work and whatever.

He said motorsport needed to make the effort to meet new fans, rather than just trying to excite their existing fanbase and that the unique nature of a national Grand Prix meant it retained some special status to fans – “You can’t just keep beating the same horse.

“The one thing that’s good about you guys is you show up once a year, you’re never gonna lose that. To build it back up you’ve gotta get in front of new eyeballs and do just that.

“You can’t keep attacking that same set of eyeballs and expect to live off that, we need their kids, we need to always expand, just like F1 did by coming to America. You put 120,000 people in the stands at any sporting event and it’s a success.”

8 comments on “Bowyer says NASCAR should race COTA before Rovals”