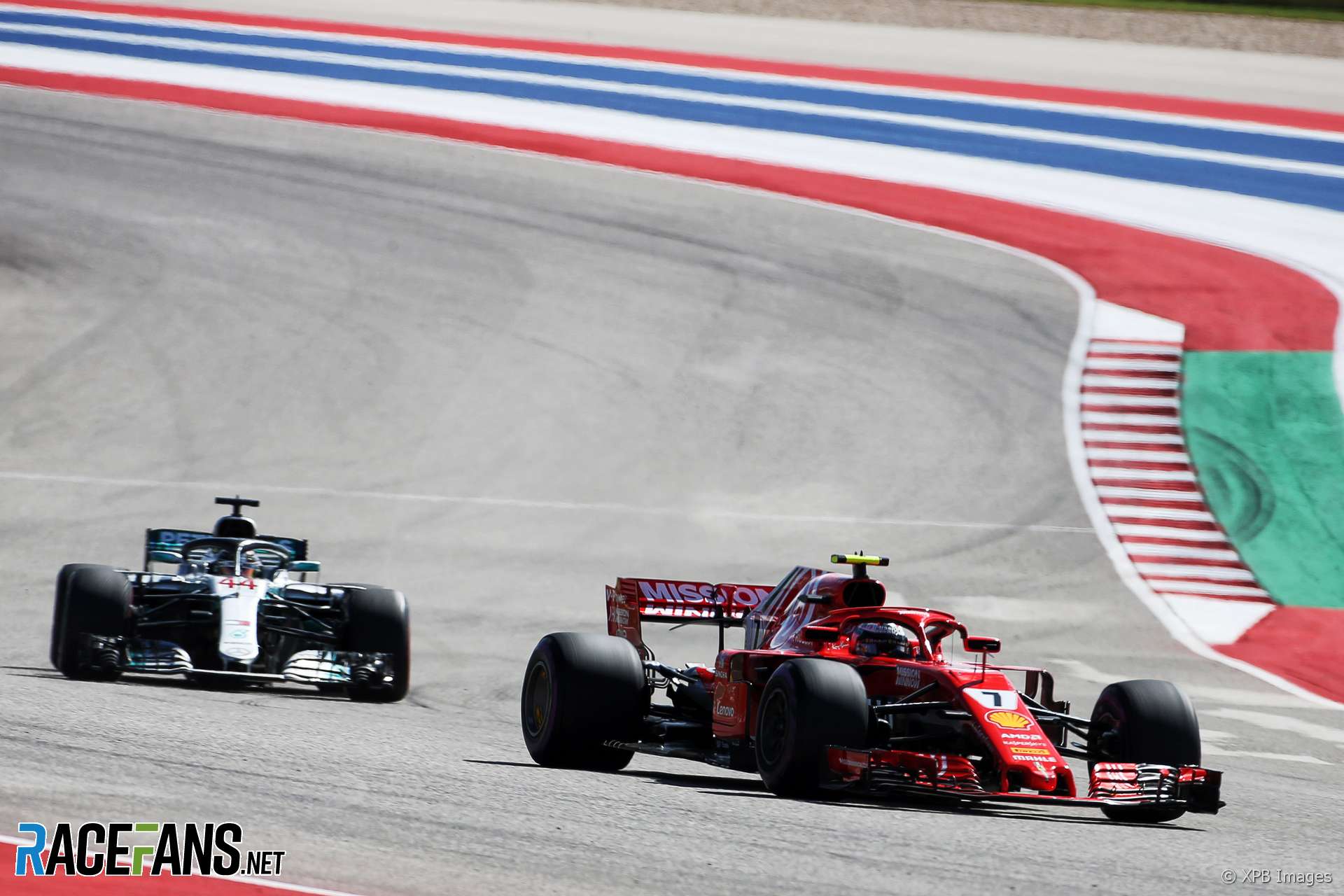 Kimi Raikkonen has won his first Grand Prix since Australia 2013, taking victory from second place at the US Grand Prix and thwarting Hamilton’s opportunity to take the title here. Max Verstappen came second from a back-of-grid start and Lewis Hamilton was able to take third.

Hamilton went into the race with a 67 point lead, needing only to extend it over 75 in order to win the world championship in Austin. However, Raikkonen took an early lead and maintained it, with Hamilton on a two-stop strategy, to take his first win for Ferrari since Belgium 2009.

Hamilton had taken pole at Circuit of the Americas, with championship rival Vettel relegated to fifth by a grid-place penalty incurred under a red flag during practice. This promoted third-qualifying Raikkonen to second place on the grid, from which he was able to get an excellent start and immediately take the lead.

Sebastian Vettel’s race looked to be turned to disaster on lap one, clashing wheels with Ricciardo at turn 15 and sending himself to the back of running after spinning off the track.

However, despite pitting to take advantage of a Virtual Safety Car brought out by Daniel Ricciardo’s car failing, Hamilton was unable to regain the lead from Raikkonen. He stayed out long on visibly degrading tyres that saw Raikkonen easily able to stay within a second pit stop of the Mercedes and able to control the race from just over halfway through.

Max Verstappen finished the race second, after a disastrous qualifying and subsequent grid penalty saw him start the race eighteenth. Having made up nine places on the first lap, he defended hard against Hamilton in the final laps of the race.

Vettel recovered from his early spin but could only make fourth place – preventing Hamilton taking the title here but doing little to dent the overall points lead held by the Mercedes driver.

Grosjean, Leclerc and Alonso all retired from damage taken to their cars during first lap incidents, along with Ricciardo’s power unit failure.