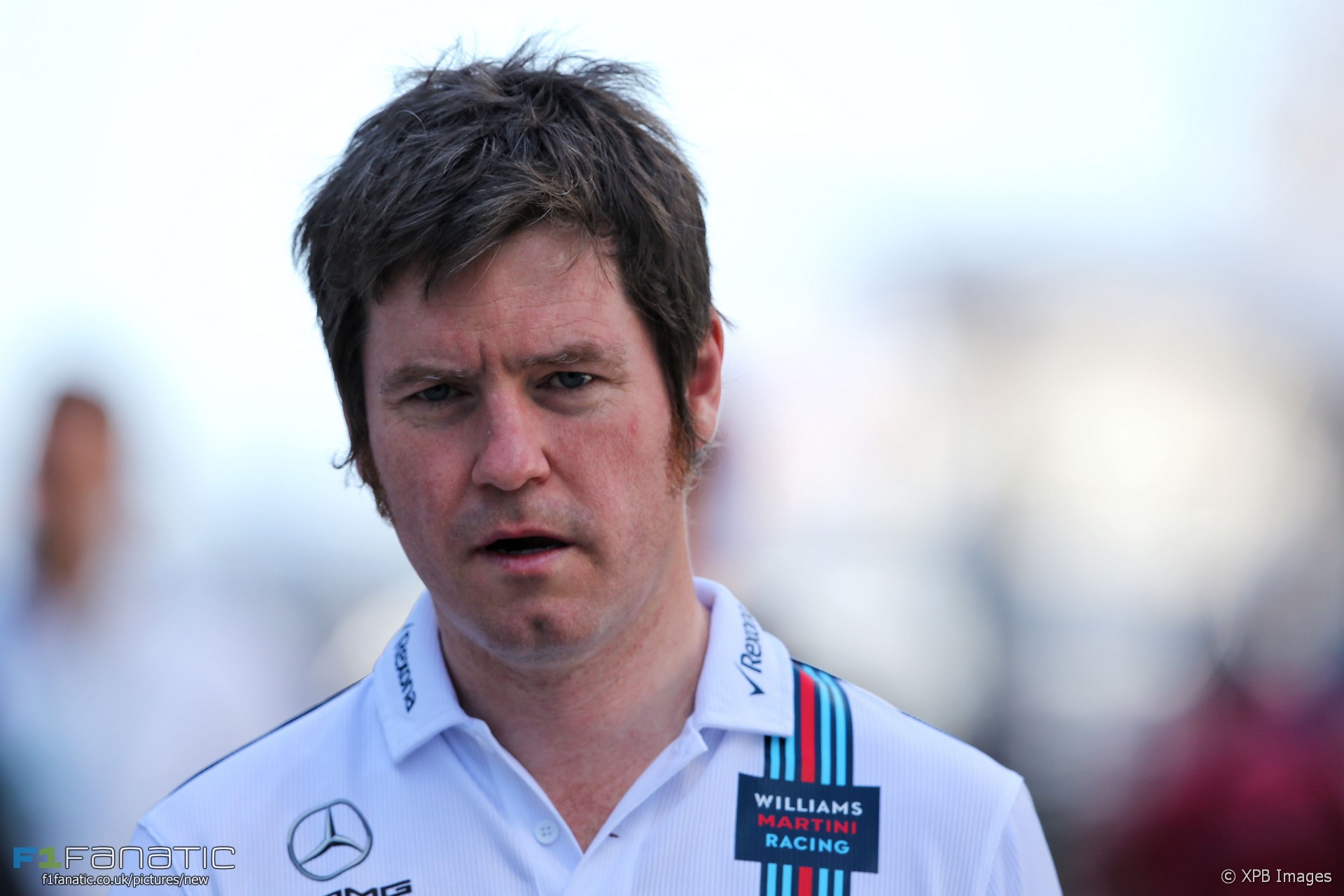 Williams has announced its head of performance engineering Rob Smedley will step down at the end of the season.

“I have thoroughly enjoyed my time at Williams,” said Smedley. “The team has been through great change since I joined in 2014 and it has been a pleasure to have played a part in that. Williams is a very special team within the F1 community and I’m certain that with all the talent that we have here they will go on and do better things. The team will always remain close to my heart.

“After 20 years in Formula One, however, I feel it’s the right time to reflect on things and evaluate what the next move is. I’m thoroughly looking forward to spending more time with my family before deciding on future opportunities.”

Deputy team principal Claire Williams said they “understand and respect his decision to take some well-deserved time out to spend with his wife and boys”.

“He agreed to join us at a time when our performance was low, and we are grateful that he saw the potential for us to turn things around at that time,” said Williams.

“During his time with us, he has made a significant contribution to the team through his role, but he’s also been just a great person to have at Grove, inspiring many with his enthusiasm and passion for Formula One.”

Smedley is the latest in a series of senior names to depart Williams. Designer Ed Wood and aerodynamicist Dirk de Beer stepped down in May following the team’s poor start to the season with its FW41. It is last in the constructors’ championship with two races remaining.