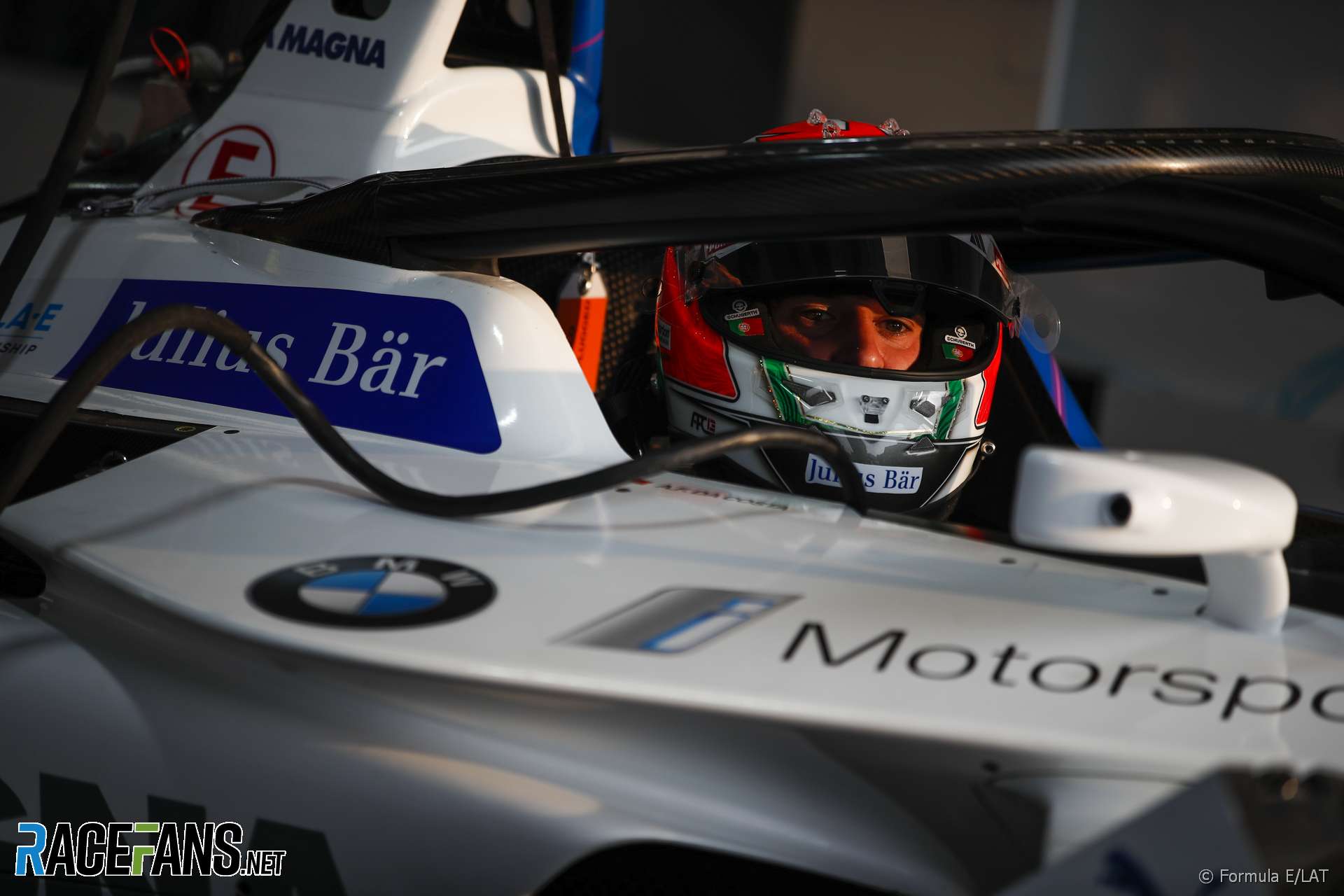 Practice sessions were delayed and then cancelled due to the conditions. With activities running behind schedule the qualifying format was change, to the confusion of at least one team.

Though rain is relatively rare in Saudi Arabia, showers had been forecast for race day. Sure enough, it started late on Friday and by the early hours of the morning had become a torrential thunderstorm.

First practice was cancelled. Second practice was initially postponed, then also cancelled after the track failed to drain. Although local organisers had taken steps to improve drainage at the UNESCO world heritage site, and marshals were out in force with brooms, there seemed to be no way to clear pools of standing water in the lower areas of the track until vacuum trucks arrived.

A 35-minute practice session was run, with only minor interruption, immediately before qualifying but with so little track time and under pressure not to crunch the pre-race schedule any further, race organisers chose to alter the qualifying format.

Instead of four groups followed by a Super Pole session with the top five drivers, qualifying was split into two groups for fifteen-minute sessions, with times combined to directly decide the grid.

Groups for qualifying had originally been decided by the championship order of the previous season, where applicable – which is to say, the order of the cars currently occupied by each driver, whether or not that was the car they had ended the season in. This already complicated system was confused further when the groups were combined so that one and three became group A, and two and four became group B, as follows:

It was assumed the first group would be at a disadvantage for, with water still clearing from the track, each run on the all-weather Michelin ridged tyres would help improve the track surface. Despite no need to save tyres, due to the almost-total lack of running earlier in the day, teams entered a game of chicken to see who could wait for other drivers to clear the track the longest.

With one exception: new full-season signing Tom Dillman was out first and alone for nearly ten minutes, circling on 200kW laps after confusion over the format had led NIO to believe drivers were allowed to run more laps.

Formula E qualifying only permits a driver to run an out-lap, a hot lap (at a maximum of 250kW power, this season) and then a cool-down lap. With an extended session, this had turned into a grey area Dillman looked to be taking advantage of – and then was potentially penalised for as he came under investigation without even starting his 250kW lap.

Audi suffered a disaster, with both drivers at the back of the session in ninth and 11th, only split by Edoardo Mortara, driving carefully following a practice session crash.

Group B emerged to what should have been improved track conditions, rain no longer falling. HWA’s new-to-Formula E driver Gary Paffett went out first, for a somewhat scrappy lap where he only hit 250kW extremely intermittently, following a heavy slide in the first sector.

Stoffel Vandoorne, in his first ever Formula E qualifying, managed a superb hot lap to set a 1’18.490 that saw him displace Sam Bird from the top five but the rest of the session was dogged by red flags.

Lotterer was on for a potentially decent lap, despite a couple of mistakes before the session was red flagged due to new driver Maximilian Gunther’s Dragon car stopping on track. On the restart several drivers still had to set a time, only for a confusing finish when Felix Rosenqvist hit the wall at turn 18.

The session was red-flagged for a second time, though on this occasion it seemed to be because a marshal had waved the flag before getting an instruction from race control. Alexander Sims’ time, in particular, might have been affected.

Final classification has not yet been released, pending a decision on the investigation into Dillman’s session. However, with no challengers to his time, it seems as though Antonio Felix da Costa has claimed his first Formula E pole and the first for Formula E’s second generation.

22 comments on “Da Costa on pole as rains disrupts qualifying”