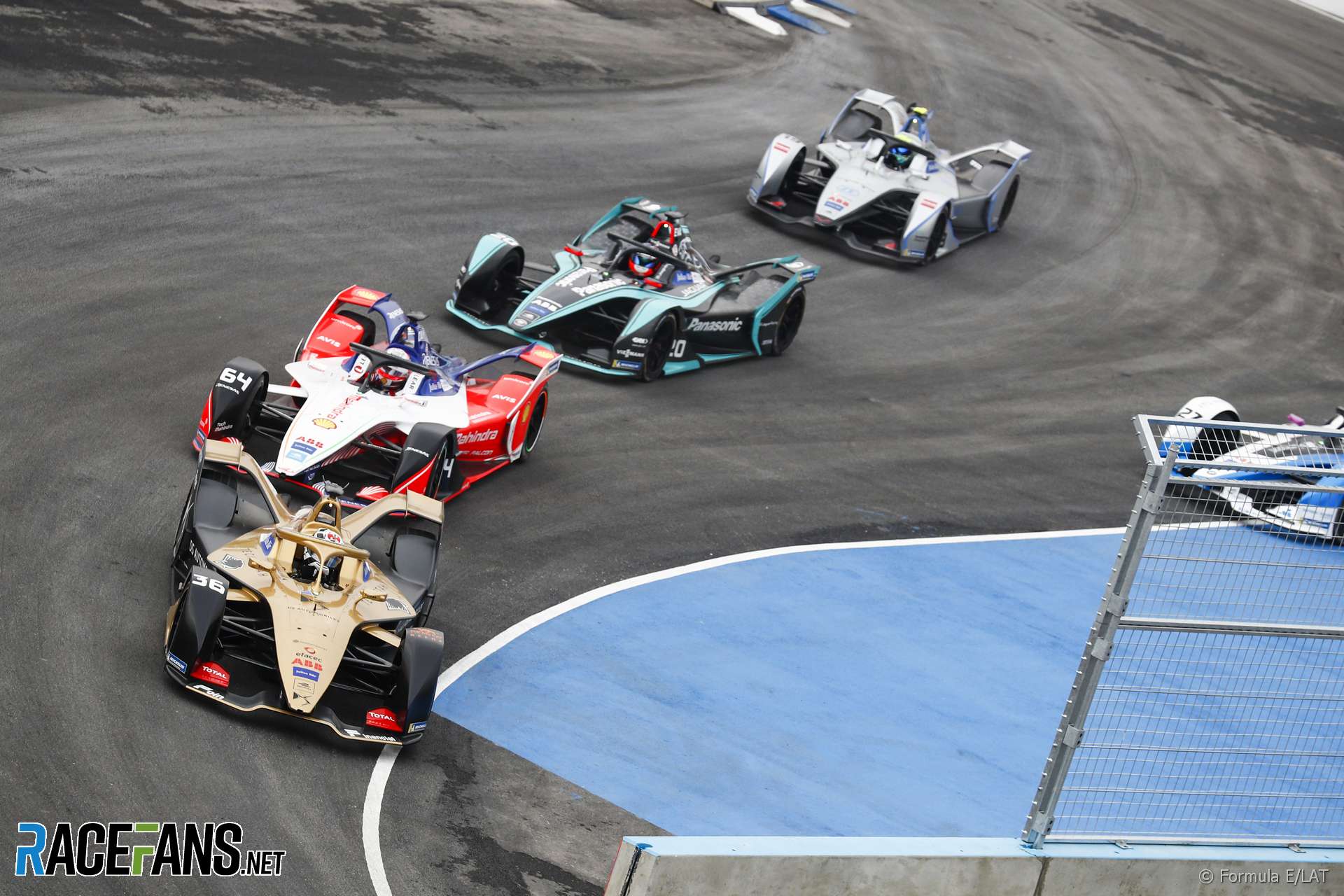 In the round-up: Lucas di Grassi says the second Formula E race of the 2018-19 season will give a truer picture of how competitive the teams are.

The 2016-17 champion, who finished ninth in last month’s season-opening race, spoke to RaceFans in Morocco yesterday:

For sure we have full understanding that DS is quick, BMW is quick. We knew that from Valencia already. Our true pace was not there in Riyadh. But this race here I think we have a better understanding of how we are truly compared to the others. Riyadh also was compromised because of my disqualification from qualifying so I started at the back. When you start at the back now without pit stops in a track like Riyadh that you stay pretty much flat-out the whole race it was very difficult to overtake. Even so we managed to gain nine places.

I could have done better, not at the same pace as DS or BMW but I think the car was much better than people realised. But I think the true picture we’ll see here. It’s a track with a lot of straights, we can see really the drivetrain performance, we’ve been here before so we know more or less how the set-up needs to be. So I think here is like a reset and a true understand of how we are compared to the others.

So it’s announced! I’ll be racing alongside Naoki Yamamoto in team Kunimitsu so we can fight to defend our title in Super GT. Can’t wait to take those Zeros off the side of the car!💪🏽😜#1 #teamkunimitsu #Honda pic.twitter.com/g2QZp0jx0o

We're excited to introduce @CircuitZolder, available next week in #ACCompetizione.

To celebrate, we want to provide you with some screenshots that allow us to compare the real counterpart with 100% in-game footage… #beACC pic.twitter.com/rgQ4lJ5ifn

By the way, if there are any film makers out there looking for a great story, the Grand Prix Saboteurs movie option has lapsed and the rights are available again. @Working_Title for example…

In "continued experiments with this form" news, a quick preview: do we know how the #MarrakeshEPrix is likely to go? pic.twitter.com/vh0pd5wuFS

That's a great looking livery if we may say so ourselves… @CarlinRacing pic.twitter.com/yYl5AjsuS5

FIA: What would a suitable punishment be?
Steward: A race ban?
FIA: No that's not harsh enough. Let's send him to a Formula E race https://t.co/gOqUKpY9zf

"Isola said removing the obligation for the top 10 to start the race on tyres used in the second phase of qualifying was also still ‘on the table’."

"In 2018, we carried over this concept and improved reliability and performance. We think this concept change is not wrong. It's suitable."

Fans can attend IndyCar test at COTA on Feb. 12 (IndyCar)

"The track will be open to fans on Tuesday, Feb. 12., the first of the two days of testing featuring all full-season IndyCar Series entries and a few part-time entrants. Admission is free for those who have purchased tickets to the IndyCar Classic race weekend, set to be the second event on the 2019 schedule, from March 22-24. Admission to the test day is $20 for anyone yet to purchase a race weekend ticket."

"Carlos Ghosn's wife says she is 'fearful and very worried' for the auto executive's health after he developed a fever in a Tokyo jail."

McLaren can only hope for a return to respectability (Motorsport magazine)

"This team has fallen a long way behind the best in most of the key areas – and this was something that was disguised by the very real shortfalls of the Honda powerplants 2015-17."

Are we being too accommodating towards Formula E?

How many times have we seen articles like this? Not but a month ago the headline was ‘From curiosity to credibility?’ I feel the world is trying to shovel Formula E down my throat.

If this wants to be an analysis of what the second generation cars have produced, doing it after just one race doesn’t seem appropriate. Especially given it was the first time they tried that Mario Kart-style gimmick.

I don’t like Formula E, and I tried watching a lot of races, including the first race of this season. It’s just too slow, too unexciting, it has Fanboost which I despise. And particularly at the last race, the coverage of the race was the worst I’ve ever seen in any motorsport race. I had no idea what was happening, they didn’t explain it to me, they were just as clueless, I had no information regarding penalties, why were they given and when were they taken. It also feels a bit amateurish. But I’m sure that’s going to change now that there are so many respected drivers in it. Until last year, it was just a bunch of F1 rejects.

As a marketing tool, it works just fine and I respect the series for ‘bringing motorsport to the people’ in a way. I don’t like it but I still watch it, even more now that’s readily available on Youtube. If F1 was on Youtube for free, everyone would watch it and it’d be an even bigger thing marketing wise, I’m sure. It brings manufacturers attention because it’s cheap and it makes them look good in this new green present/future we’re living.
@Fer-No65