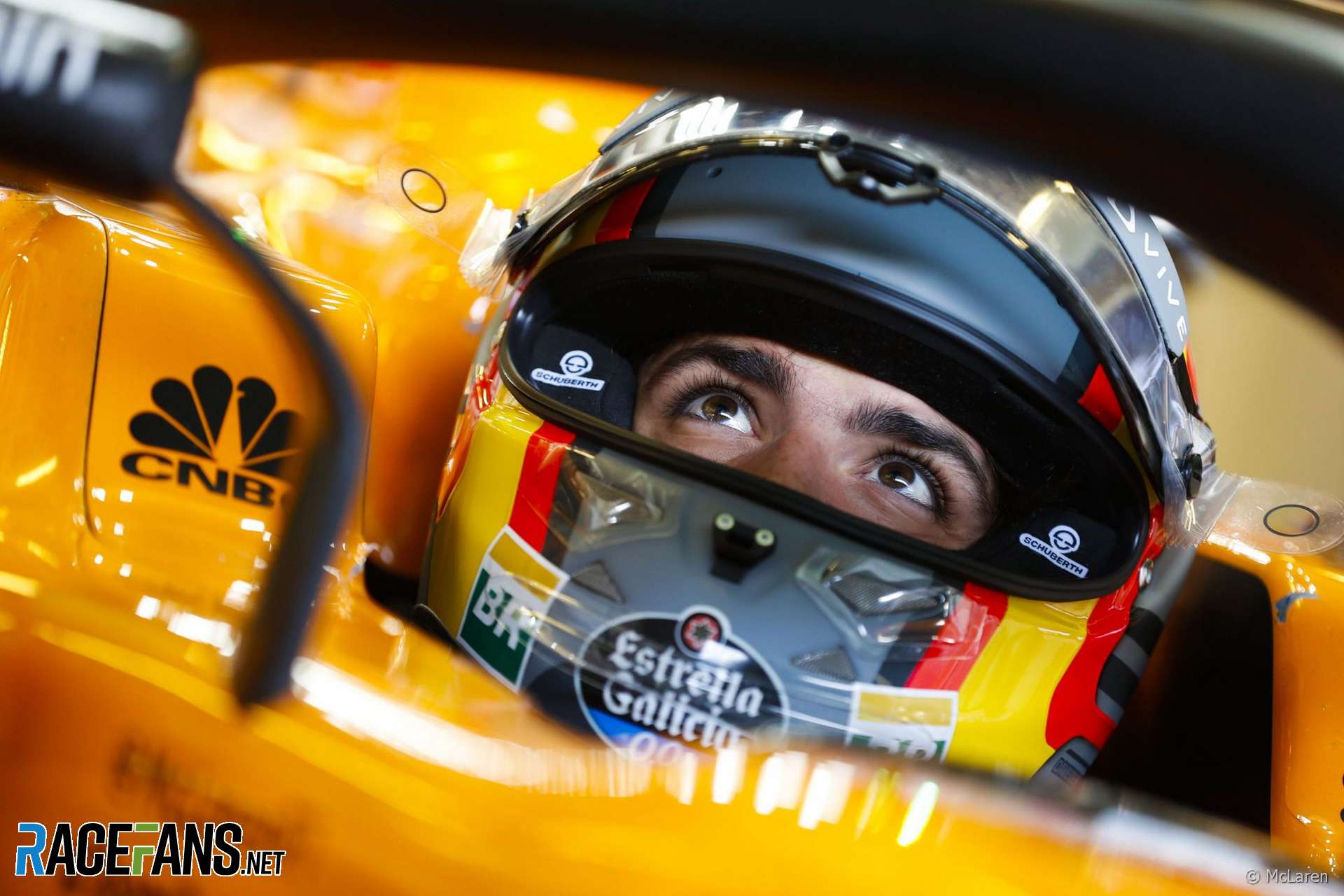 In the round-up: Carlos Sainz Jnr believes McLaren will be more competitive in the 2019 F1 season following its poor 2018 campaign.

Sainz says he expects to be in direct competition with his former team mate Daniil Kvyat, who has returned to Toro Rosso this year:

Probably we will be direct competitors. If Honda keeps doing the progress that they are doing then we better have Renault doing some progress also next year on the engine side and

I’m quite sure that McLaren has hit a low point [in 2018] and they’re also going to get it better on the chassis so all those things combined, I expect to be in a better position with McLaren.

By that time, Toro Rosso-Honda have established themselves as a very solid midfield team and they could be direct competitors. But as I said, I hope and I think McLaren has turned a corner.

Chilled. Refreshed. And back to work. 👊 We checked in with @ValtteriBottas on his first day back in the factory ahead of the new season… pic.twitter.com/ZZUzWRS82V

#10yearchallenge .. when the hulk was looking like a child.. 😅

Ex-Formula One ace Niki Lauda out of hospital (Reuters)

"A hospital spokeswoman confirmed Lauda had left hospital on Wednesday, when asked about a report by APA newswire."

"The most probable move would see Jean-Dominique Senard, the chief executive of tyre maker Michelin who is due to soon step down from that position, take over as chairman."

W Series qualifiers: Who are the central and eastern Europeans hoping to make the final 18? (Fast and Fearless)

"Alexandra began racing aged nine, however it took her two years to convince her family that it was something she was really passionate about and that she would rather be karting than playing with dolls."

"Isola, you see, is not only the man who oversees Pirelli's F1 programme, but also an ambulance driver and paramedic; one of thousands of people who volunteer their time to provide a vital role that helps strengthen Milan’s medical service."

Would Formula E benefit from a change of race format?

Having just watched my first Formula E race live, in Marrakesh, I can say that neither the top speed nor the acceleration of the cars is impressive. On the plus side, the close racing is awesome, and the whiny engine sound isn’t annoying like it is on TV, and it allows you to hear all the other sounds the car makes (braking, tyres, the floor hitting the kerbs), which was cool.

There’s an obvious way to solve the low speed and acceleration with current battery technology: short sprint races with recharging in between!
@Krommenaas