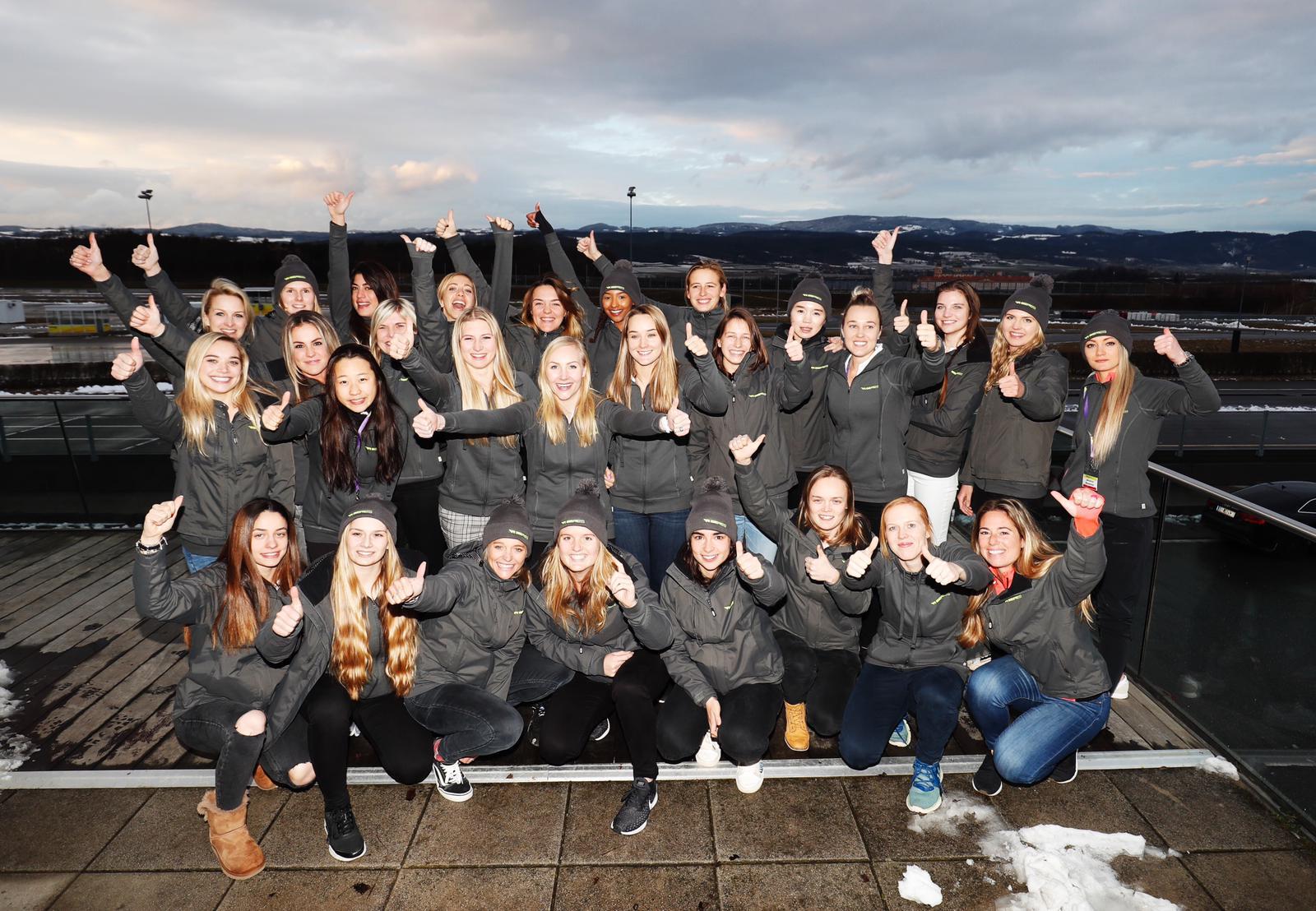 In the round-up: W Series has narrowed its initial selection of drivers from 61 to 28 as it forms the field which will tackle its inaugural 12-race championship.

The all-female championship previously indicated it will put 18 to 20 cars on the grid this year. It originally announced 55 drivers were under consideration, then announced a further six had added that list (Alessandra Brena, Francesca Linossi, Andreyeva Lyubov, Gosia Rdest, Ines Taittinger and Alexandra Whitley).

Last weekend 54 of those drivers attended an assessment at the Wachauring in Melk, Austria. From those W Series has trimmed its potential entry list by more than half. These drivers will now attend a four-day test in the W Series’ Tatuus F318 Formula 3 car next month. The first round of the championship takes place in May at the Hockenheimring.

Former IndyCar racer Lyn St James was part of the team involved in selecting the drivers. “Looking back at what has happened over the past three days, it has been good, it has been excellent, but it has not been easy for the drivers or for the judges, the instructors and the people putting on the programme,” she said.

“As much as we’d like racing to be an exact science, and even though it’s always ultimately about lap times, this programme has been able to put so many little pieces together to help evaluate not only the drivers’ talent but also the drivers’ potential.”

The following drivers were selected:

I didn’t make it in to the W series. They weren’t looking for the necessarily fastest driver but the whole package. So I’m not too hurt about it! Congrats to everyone else who got selected for the next portion of the selection process. Moving forward! pic.twitter.com/bFI8OHrVOG

That fact that Ayla didn’t make the final 28 in the @WSeriesRacing “judging” says all I need to know. I follow junior open wheel as closely as everybody. She was one of the 5 most talented drivers there. Period. If your looking for an F1 driver, you pick the most talented.

Not a fan of @SkySportsF1 emphasising that all races next season will be exclusive to them. Awful for the growth and development of the sport that there is no live terrestrial coverage. It's good for Sky's pockets, terrible for the fans. #F1

Had an amazing past few days driving these cars! This is definitely a trip I’ll remember and I’m so grateful for the experience.

Video from new Williams sponsor PKN Orlen showing their logos and Kubica's number on a show in its 'dark race' (no alcohol) guise. Not the 2019 Williams livery. #F1

Button on Verstappen and Hamilton (Sky)

"Knowing Lewis, it (his motivation) won't be about trying to better what Michael has done."

"Ocon will assist Mazepin at the tests in a coaching capacity."

Fraga happy to blur the lines between real and virtual (Reuters)

"You never know how esports are going to develop in a few years. I don’t have plans to abandon the virtual side. I probably will be going to do them both. This makes me different right now compared to the other drivers."

"Di Grassi stated that he didn’t gain any advantage from his application of his Audi e-tron FE05’s brakes on his qualifying in-lap."

"Williams Advanced Engineering has acclaimed experience across the automotive sector and beyond, which will continue alongside this partnership. This expertise includes advanced propulsion systems and award-winning work applying knowledge derived from the pinnacle of battery technology during the inaugural four seasons of Formula E into electric vehicles."

Gasly: From karting to F1 (CIK-FIA)

"When he left karting for cars in 2011 at just 15 years old, Pierre Gasly made a bold decision. He was indeed one of the first not to continue in the Senior categories."

@Sundark on the highs and lows of the Daytona 24 Hours:

I managed to watch the night stint – pretty much all I could see of the 24 Hours. Alonso’s drive was epic, but I have to give the Acura Penske boys and Kobayashi a pat on the back too – especially Kobayashi putting in fastest lap after fastest lap in his stint. And the Wehlen Engineering car did great job too.

I was bummed to see that the Mazdas retired again, I hope their reliability improves from last year and they manage to identify and sort out their niggles by Sebring. Bernhard and Ticknell are superb drivers, and they deserve some wins this year.

It’s also sad that an experienced crew like the Mustang Sampling car didn’t get a proper shot as well, I’m sure they would’ve pulled a fast one in the challenging conditions that I read about during the final quarter.
Sundar Srinivas Harish (@Sundark)