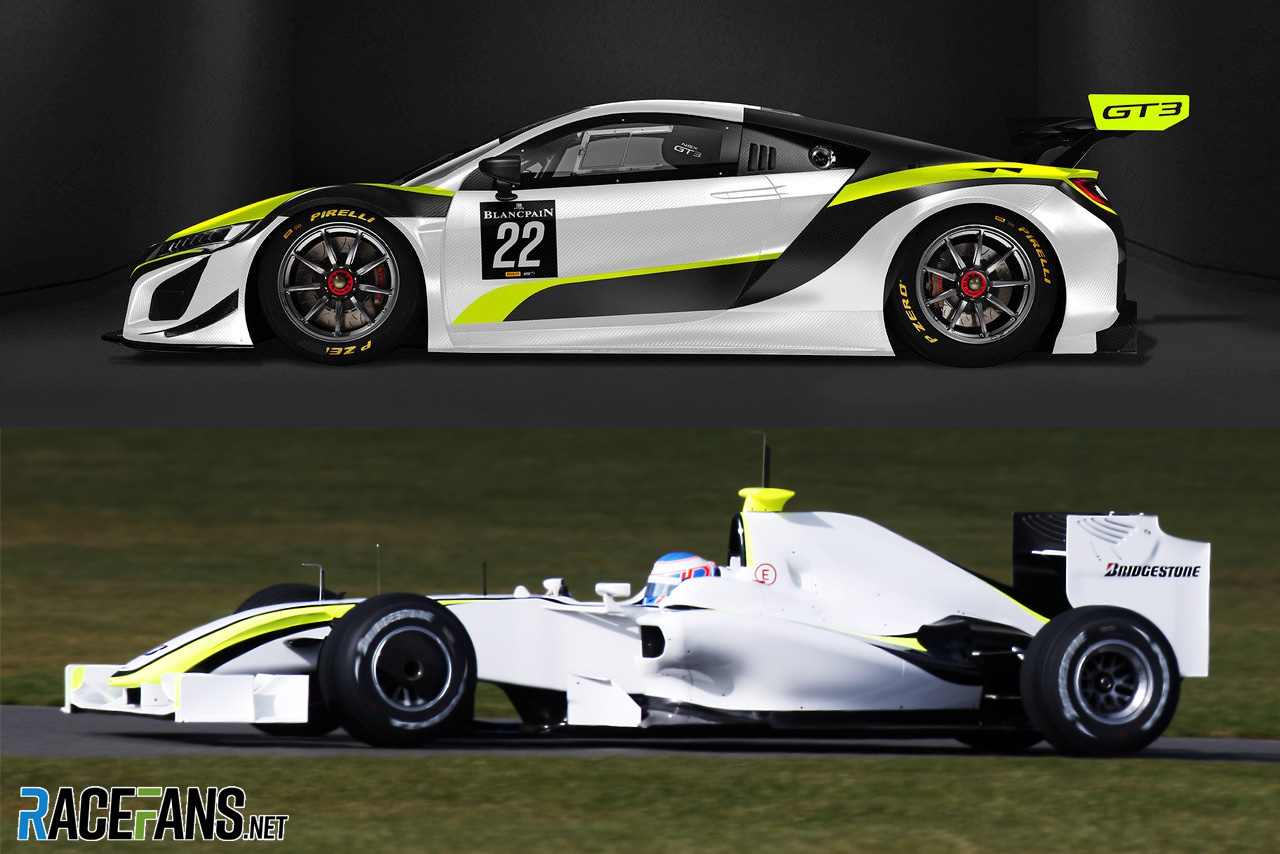 Jenson Button has teamed up with RJN Motorsport to run a GT Series Honda NSX GT3 Evo with a familiar-looking livery.

[retrompubrawn01]The Jenson Team Rocket RJN car will race in a white, day-glo yellow and black colour scheme close to that seen on the Brawn GP BGP 001 Button used to win the world championship 10 years ago.

The car takes its name from the Rocket Motorsport karting team run by Button’s father John, who died in 2014.

The team’s driver line-up has yet to be announced. It will compete in the GT Series Endurance Cup which races at Monza, Silverstone, Paul Ricard, Spa-Francorchamps and the Circuit de Catalunya. RLN is also considering an entry in the Spa 24 Hours.

“As a Honda ambassador, I’m pleased to be a part of something that brings the Honda NSX to the Blancpain GT Series and I’m looking forward to seeing this project evolve,” said Button.

Brawn GP’s entry into Formula 1 came about due to the sudden withdrawal of Honda from the world championship at the end of 2008. The Ross Brawn-run team used the BGP 001 chassis, fitted with a Mercedes engine, to dominate the early stages of 2009, and went on to win the constructors’ championship while Button claimed the drivers’ title.