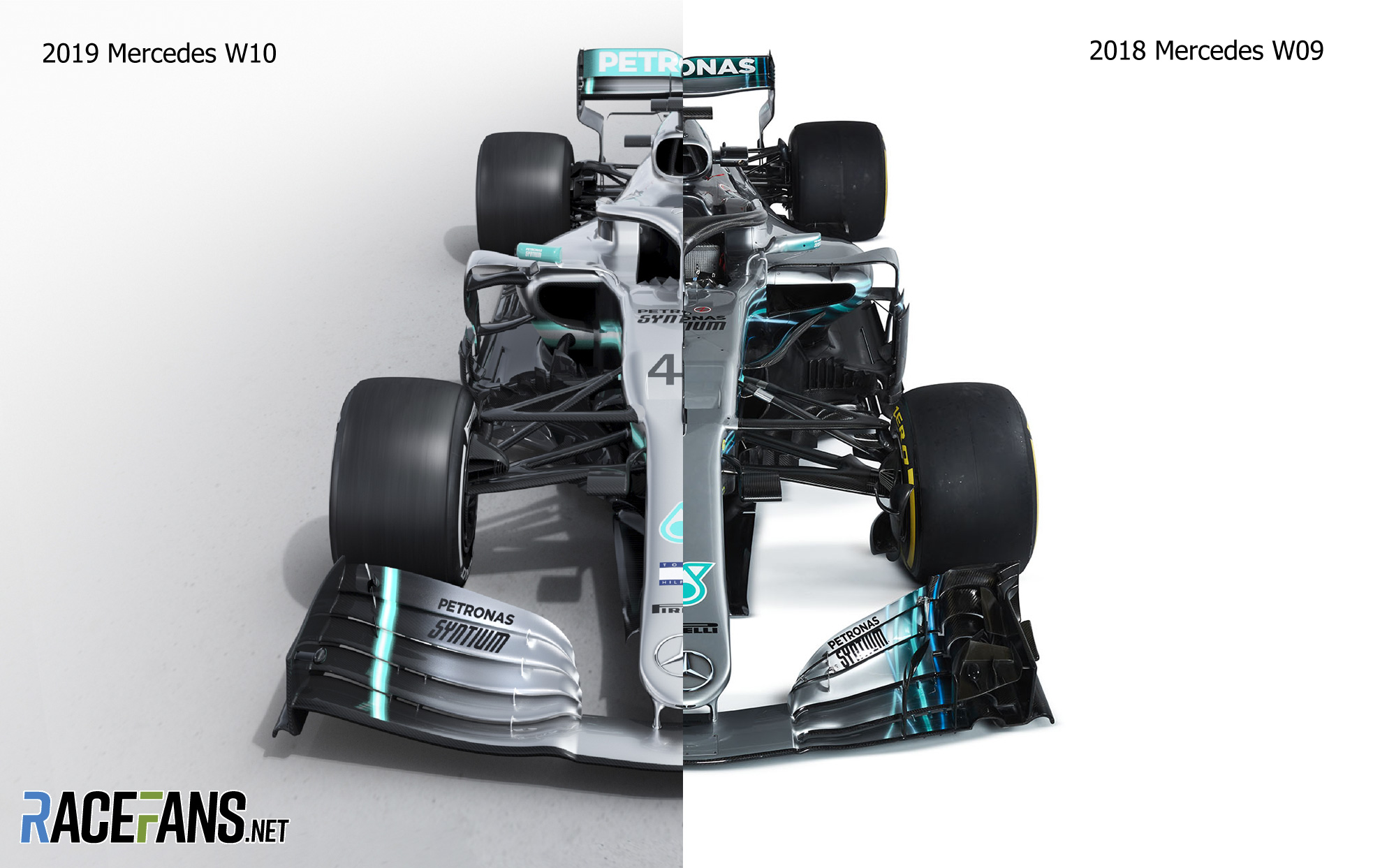 The new Mercedes W10 has run for the first time at Silverstone today.

The winners of the past five world championships have presented an all-new car for the forthcoming season. Some of the changes, such as the wider front wing and taller, deeper rear wing, have come about due to changes in the regulations.

But other revisions to the car have come about in the team’s ongoing pursuit of performance which has seen it lead the way in Formula 1 since the current V6 hybrid turbo regulations were introduced five years ago.

While the front wing rules for 2019 have forced teams to use simpler designs here, the new W10 clearly features a high degree of aerodynamic sophistication in its launch specification. These changes aside, the new car bears a clear family resemblances to last year’s W09, which won 11 races in Lewis Hamilton’s hands.

As has been traditional for the team in recent seasons, Mercedes has had its car up and running well in advance of testing, when the team will expect its new car to continue its reputation for covering a formidable amount of pre-season mileage.

Use the slider below to transition between images of Mercedes’ new W10 and last year’s W09. Note some images may have been altered for ease of comparison and should not be used as a reference for measurements.