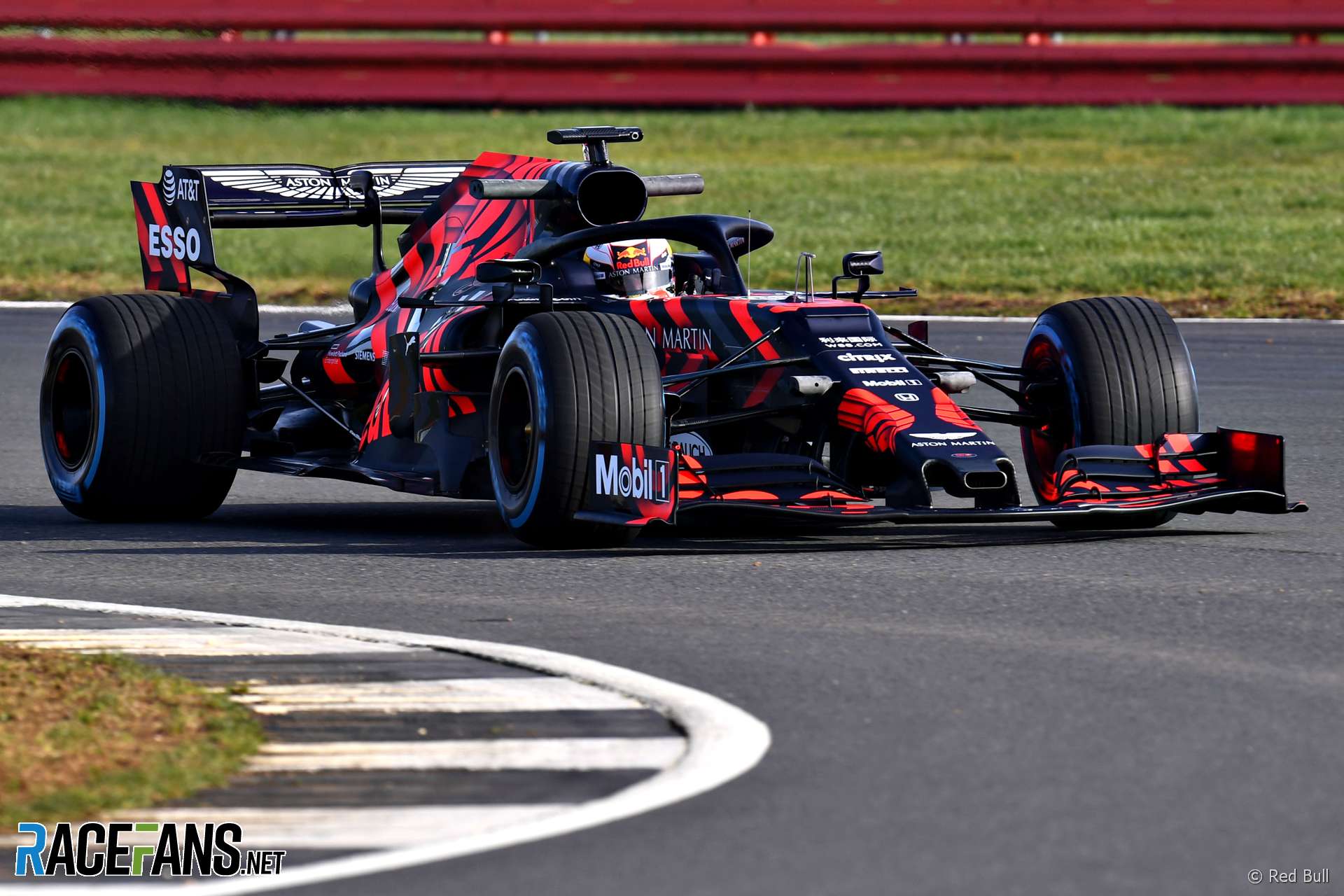 Red Bull has revealed the first images of its RB15 for the 2019 F1 season in a dramatic “one-off livery”.

The four-times champions have switched engine supplier for the new season. They will use Honda power units for the first time, and the car carries Honda branding on its nose and engine cover.

Both drivers are at Silverstone today for the first run of the new car.

Interactive: A clearer look at the Red Bull RB15

Use the sliders below to brighten up the images of key areas of the Red Bull RB15: