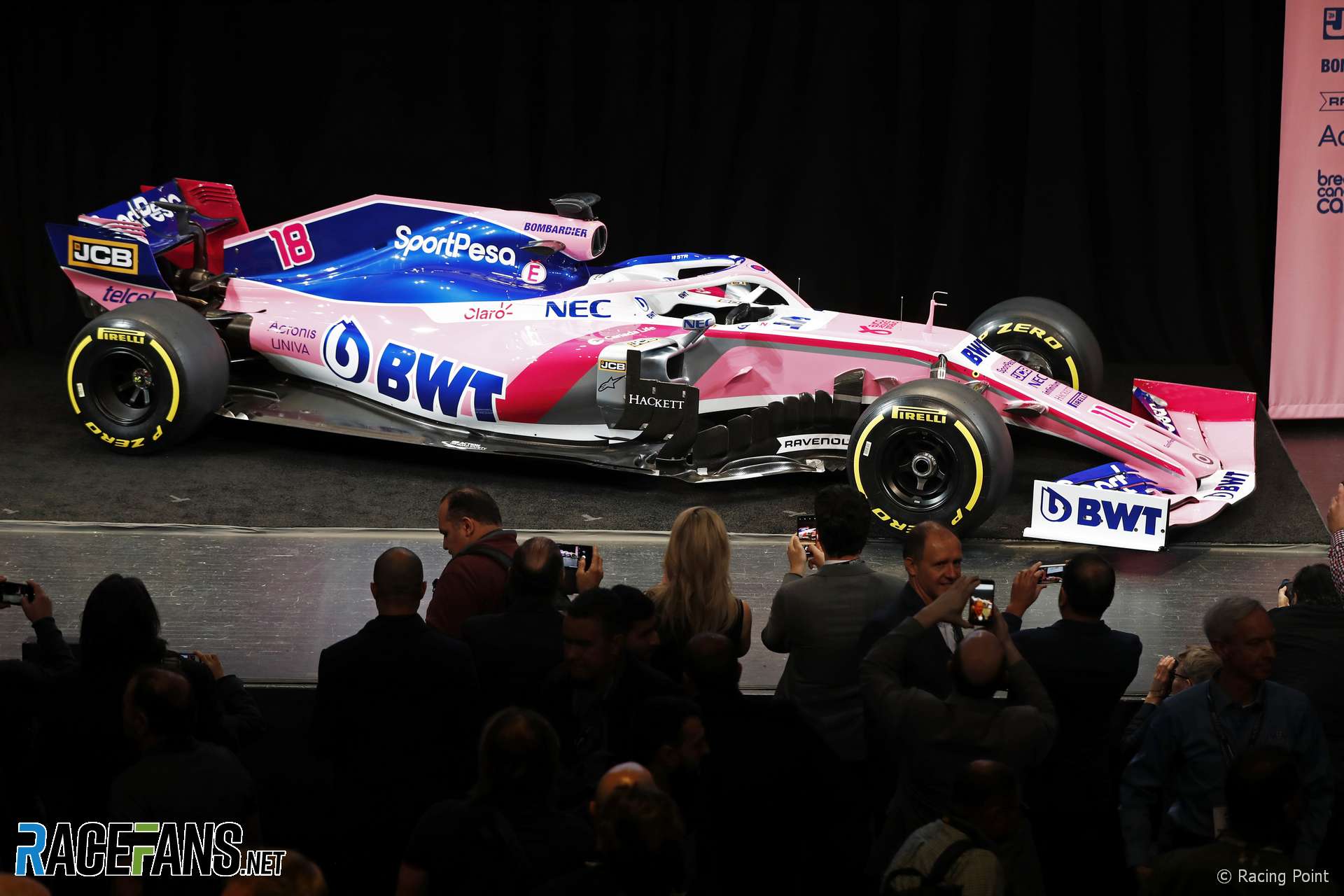 Racing Point, the new identity of the former Force India team, has revealed its livery for the 2019 F1 season at the Canadian International Auto Show.

As revealed by RaceFans last month, the team has attracted new sponsorship from SportPesa, which has become the team’s new title sponsor.

The team explored other options for a new name for 2019 including acquiring a former F1 team name such as Lola. However having been unable to obtain the rights to use a suitable heritage name, the team has kept the Racing Point title.

“The name, it took us a while,” explained team principal Otmar Szafnauer during the launch. “We started off with Racing Point as our company name and we took the time from August until now to discuss and deliberate what the name should be.

“And we’ve all come to the conclusion that basically we’re a term of racers and there’s nothing wrong with – and actually it encompasses who we are – Racing Point. We all talked together and though that’s an appropriate name, let’s make it wonderful. Let’s take that name and give it some history and also give it some heritage with us being racers and ultimately winners.”

The team has benefited from substantial new investment since the takeover last year. Technical director Andrew Green said “the buzz in the factory is incredible” back at Silverstone.

“The people I speak to on a daily basis are so enthused by what’s happened: The new owners, the sponsors and investment that’s in the team is absolutely unprecedented and there’s a real sense of ‘yes, we can show people what we can really do now’. They’ve given us the tools to be able to move forward. It’s a real buzz.

“It’s not a new chapter in the history of this team, we’re a new book now. This is really something special and we’re all really excited to be part of it.”