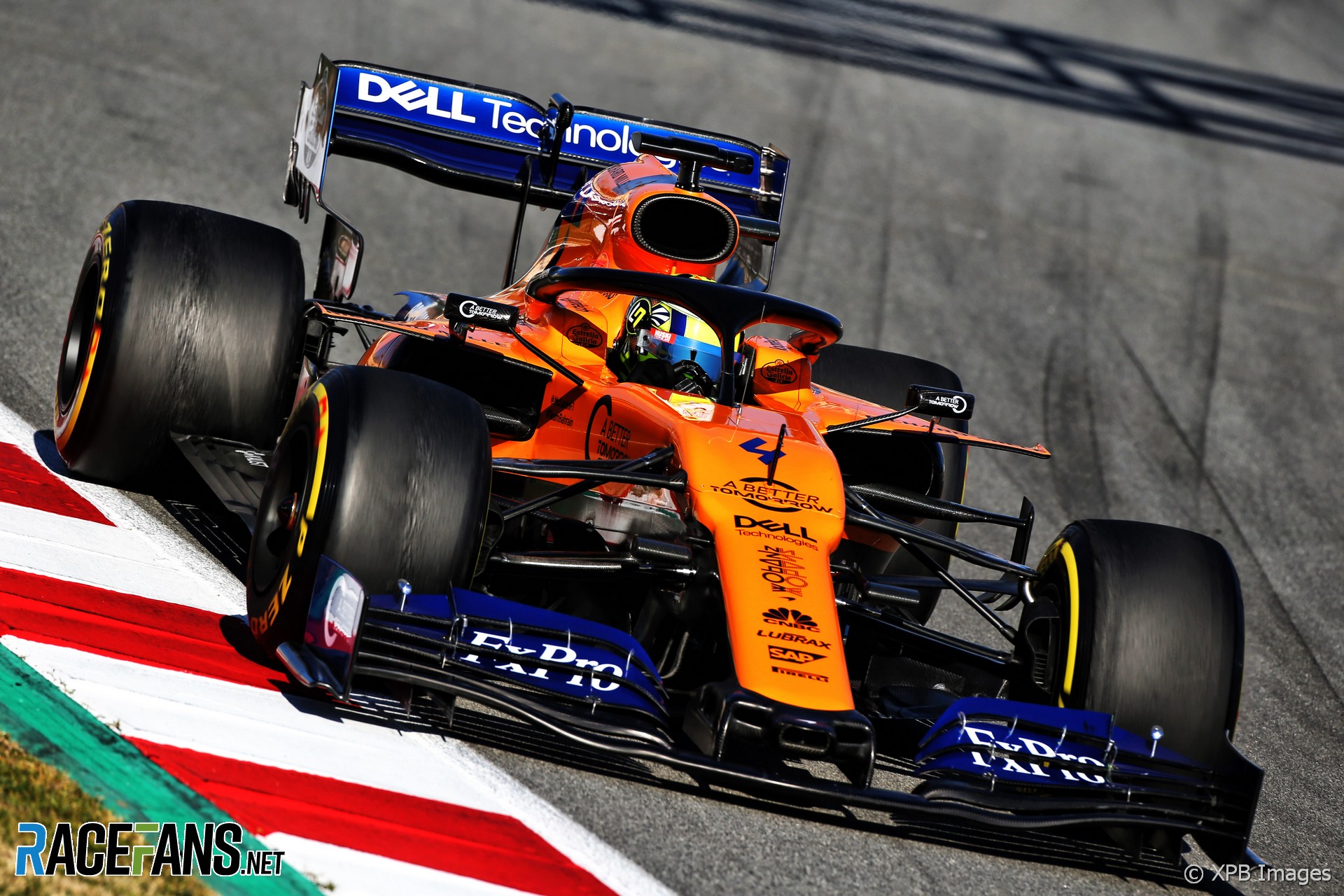 McLaren led the first day of the second pre-season Formula 1 test thanks to a rapid lap by Lando Norris in the final hour of running.

However the team also had two stoppages during the day’s running. The first, in the morning, was due to a loss of hydraulic pressure. The second struck shortly after Norris set his session-topping time of 1’17.709, following which the MCL34 did not return to the track.

McLaren led a quartet of teams at the top of the times who all lapped quicker than they did last week. Pierre Gasly, second, was just six-thousandths of a second off Norris in his Red Bull.

Lance Stroll cut 1.8 seconds off Racing Point’s previous best time to end the day third-quickest. He ended up a tenth of a second ahead of Sebastian Vettel, who drove the afternoon session for Ferrari. Team mate Charles Leclerc only managed 29 laps in the morning as the team investigated a cooling problem on its SF90.

Having been quickest at midday, Antonio Giovinazzi ended the session fifth-fastest for Alfa Romeo. A late improvement for Alexander Albon moved him up to seventh.

[smr0901]Williams managed to complete some serious running with its FW42. George Russell improved on its best time but more importantly put well over 100 laps on the chassis which only ran for the first time on the third day of testing.

Lewis Hamilton had a productive morning in a heavily updated Mercedes W10 which featured a revised nose, front wing and engine cover. He covered 88 laps during the first part of the test.

However Valtteri Bottas hit trouble when he left the pits after the lunch break. The car stopped on its first lap out of the pits with an oil pressure problem and he missed almost all of the remaining session while the team replaced his power unit. He emerged again a few minutes before the session ended.