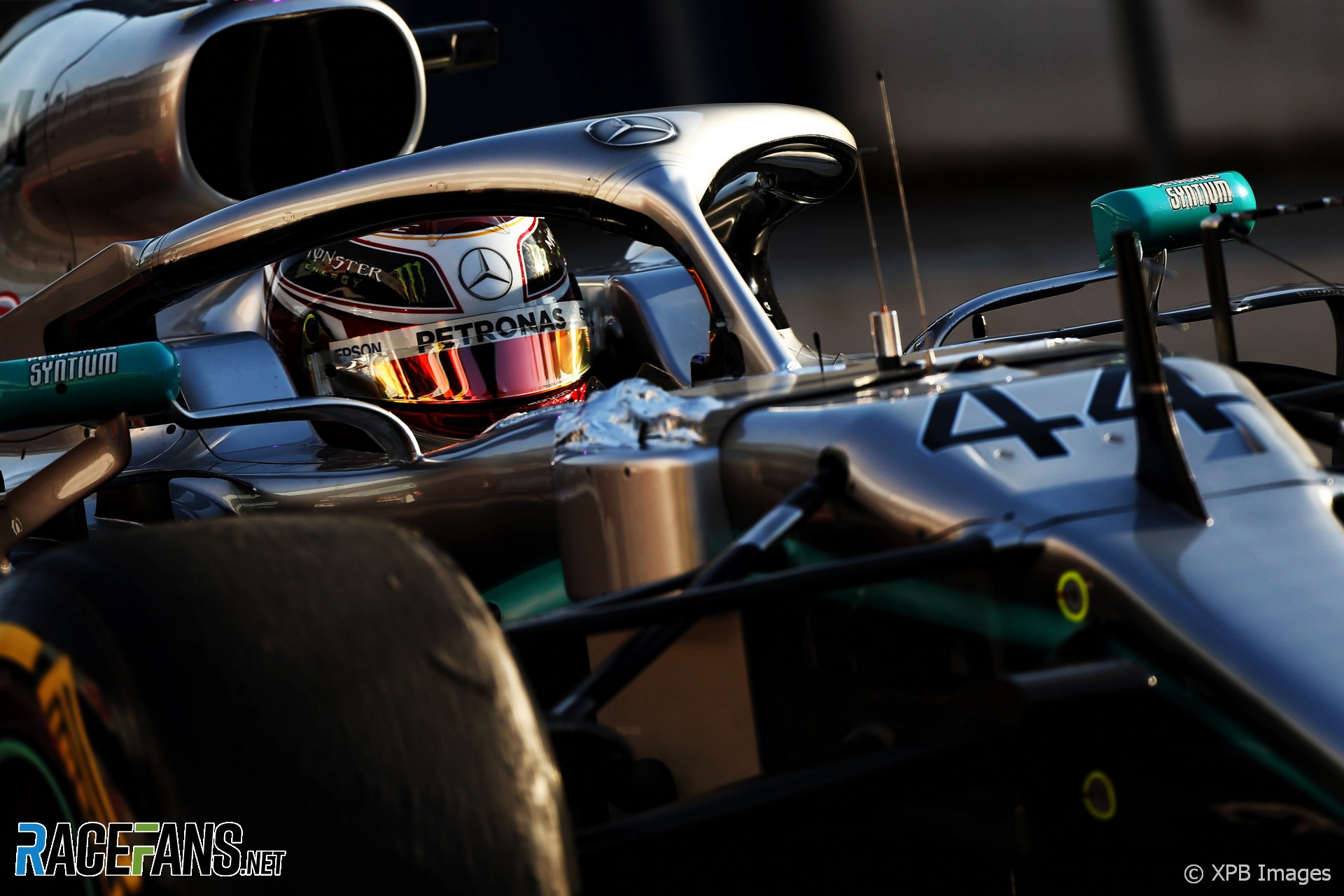 Mercedes ended pre-season testing three-thousandths of a second behind Ferrari, but almost 200 laps ahead of them.

The two teams covered similar mileages during the first test but Mercedes pulled well clear in the second week. By the end of the eight days’ running they had covered 1,190 laps of the Circuit de Catalunya – over five and a half thousand kilometres. This is considerably more than last year’s pre-season mileage champions managed, aided by considerably better weather this year.

While Ferrari and Mercedes ended the test close on lap time, Mercedes showed a much greater gain over their 2018 pre-season test pace. It gives the impression the champions felt the need to pay closer attention to where they stand on one-lap pace compared to their rivals. Ferrari were regularly quicker than Mercedes over a single lap during the first half of last year.

Behind them the midfield appears impossibly close to separate. Red Bull look like they have slipped back towards it. Along with Mercedes, they are the only team not to have lapped quicker than their 2018 Spanish Grand Prix race weekend pace during the last two weeks.

While Mercedes posted the greatest year-on-year improvement in terms of testing pace, that is likely in part due to their conservative running 12 months ago. Alfa Romeo’s 1.8 second gain compared to last year is striking, and entirely consistent with the progress they made throughout last year.

Williams’ difficult start to the 2019 F1 season comes as no surprise given the delayed arrival of their FW42. But Racing Point also covered considerably fewer laps than they managed last year (as Force India), despite running a car which is closely based on last year’s machine and includes a 2018-specification gearbox. They are planning a major upgrade for the first race of the year.