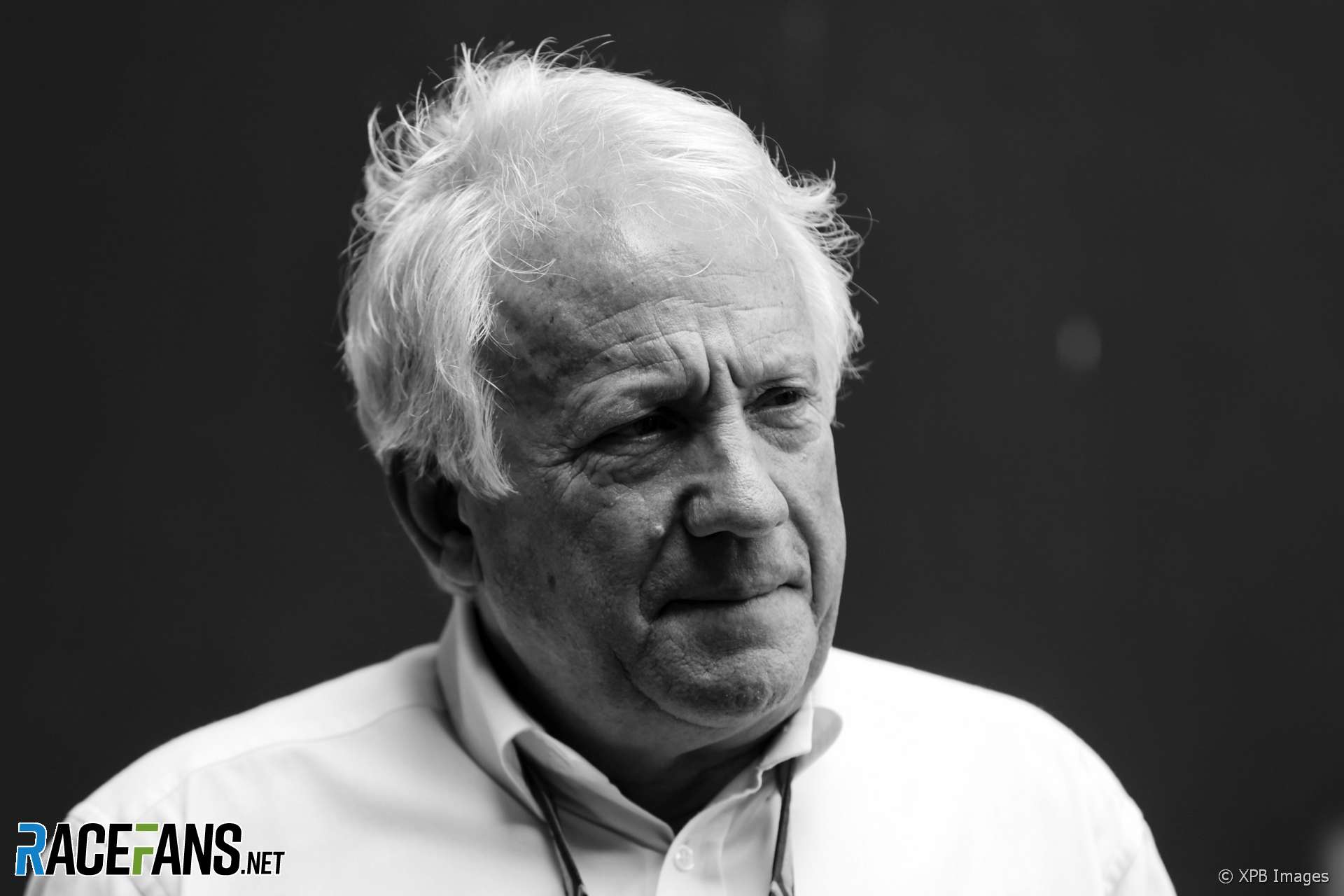 Charlie Whiting, who passed away in Melbourne ahead of this weekend’s season-opening Australian Grand Prix, was 66 years of age.

He began his Formula 1 career as a mechanic and rose to a unique position of authority in the sport. Whiting achieved this through a combination of utter unflappability, sheer dedication, unflagging commitment to the task, an in-depth understanding of the sport’s many facets, and an innate instinct for the sport’s many technicalities.

In addition, he was respected by all competitors – a rare achievement in a sport as political and complex as F1.

He rose to prominence through his connection to Bernie Ecclestone and, as occurred when Ecclestone left F1, the sport may find it requires more than one person to take on Whiting’s multi-faceted role.

Born in a village near Brands Hatch in 1952, a visit to the British Grand Prix at the track in 1964 turned Whiting on to F1. He honed his skills as a mechanic on a ferociously quick Ford Escort raced by his garage-owning brother Nick.

In 1976 Brands Hatch owner John Webb arranged for Nick to run a Surtees F1 car for Davina Galica. Whiting assisted, and used the experience as a springboard into F1 in 1977 as mechanic for Hesketh. But the team was on its last legs and folded a few races into the 1978 season. Whiting switched to Brabham, then owned by Ecclestone.

The team were already winning races with Alfa Romeo power but by 1980 they had switched to Cosworth DFVs and Whiting had risen from third mechanic on the spare car to number one on Nelson Piquet’s machine. Piquet ran Alan Jones’s Williams close for that year’s title, then delivered the crown the following year Piquet, and bagged a second title two years later with BMW turbo power.

However as Ecclestone’s focus turned away from Brabham and towards taking charge of the Formula 1 Constructors’ Association and ultimately F1’s commercial rights, he withdrew the team from F1 at the end of 1987. With Ecclestone’s support Whiting joined the FIA as technical delegate.

In 1997 Whiting took over from Roger Lane-Nott as F1 race director and safety director. He occupied the role for more than two decades, directing almost 400 races during a time that saw many changes in the sport at all levels: technical, sporting, political, commercial, and, of course, to driver and circuit safety.

Amongst the earliest advances introduced under Whiting’s watch was the Hans device, and the latest, the Halo – but there were many more such visible and unseen innovations. It would be no exaggeration to state that Whiting’s steadfast refusal to accept safety compromises despite the sometimes-dramatic effect on aesthetics made F1 an immensely safer sport.

Haas F1 driver Kevin Magnussen was one of many to pay tribute following Whiting’s death and comment on the special relationship he enjoyed with the drivers. “I don’t want to speak for everyone but I think I had the feeling that Charlie was someone that all the drivers kind of trusted, and could come to.

“He’s also very fair. You knew he was professional, and he was just very good at what he did. And most of all just a very nice and pleasant person. He’ll be missed by everyone.”

The news of his death on the Thursday stunned the paddock, and prompted an outpouring of sympathy from drivers, teams and F1 officials and commercial rights holder Liberty Media. RaceFans sends its heartfelt condolences to his family.