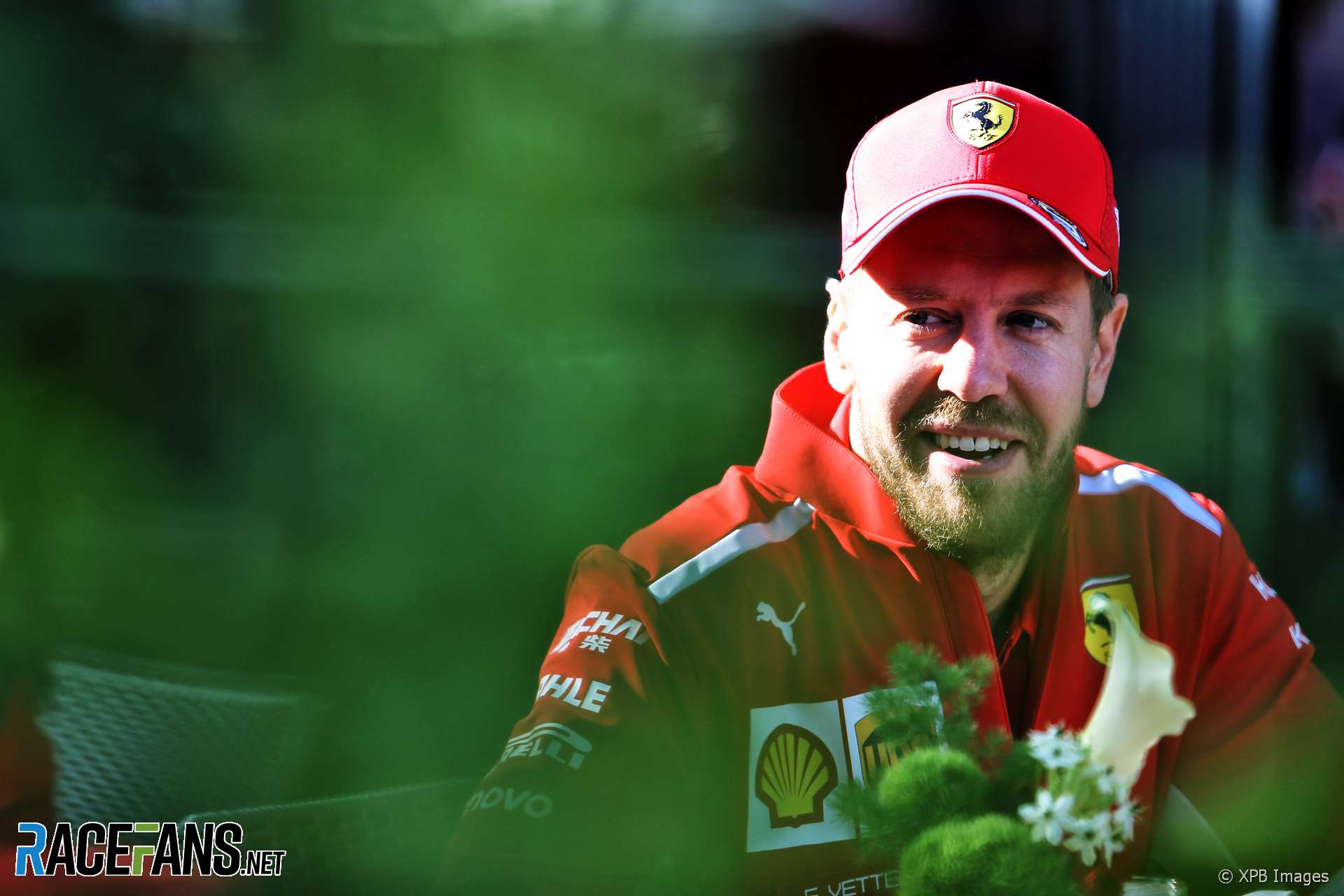 Sebastian Vettel is convinced Mercedes will be in the hunt for victory at the Australian Grand Prix despite the team downplaying its performance in testing.

Lewis Hamilton, Vettel’s title rival of the last two seasons, said during testing he believes Ferrari has as much as half a second in hand over them. But asked if Mercedes are as far behind as they claim Vettel said: “I don’t think so.

“They looked very strong in the second week [of testing], not just one run, all the runs. I don’t know what they were doing the first week, to be honest, they probably could have stayed at home.

“But I think they will be very strong. They will fight for pole [and] fight for the win this weekend.”

However Vettel admitted his new Ferrari has felt “very good” so far.

“All the hard work seems to have paid off. We will see if that’s true, we’re here to confirm. But so far the car felt very good.

“I don’t think we really know where we are. We expect to be in good shape but I think it will be very close between the top three teams. We’ll see.”

After five seasons without a championship, Vettel joked he is “starving” to win another title after finishing runner-up to Hamilton in 2017 and 2018.

“Of course the way Formula 1 works is that the winner is great and did everything right and if you finish second it means nothing. Unfortunately [that’s] something I experienced now I think twice in a row.

“[But] still there were lots of positive elements the last years. I think the team is growing. It would be wrong to turn the page and say ‘now this year everything is different and the last years were horrible’. That would be the wrong approach.

“I think there’s a lot of things that we did great, some things we didn’t, and those are the things we need to change. But I’m positive. I think this year we have a new chance, the team is fired up, so here we go again, I’m happy to step in the car and go racing.”

23 comments on “Vettel: Mercedes are not as far behind as they say”