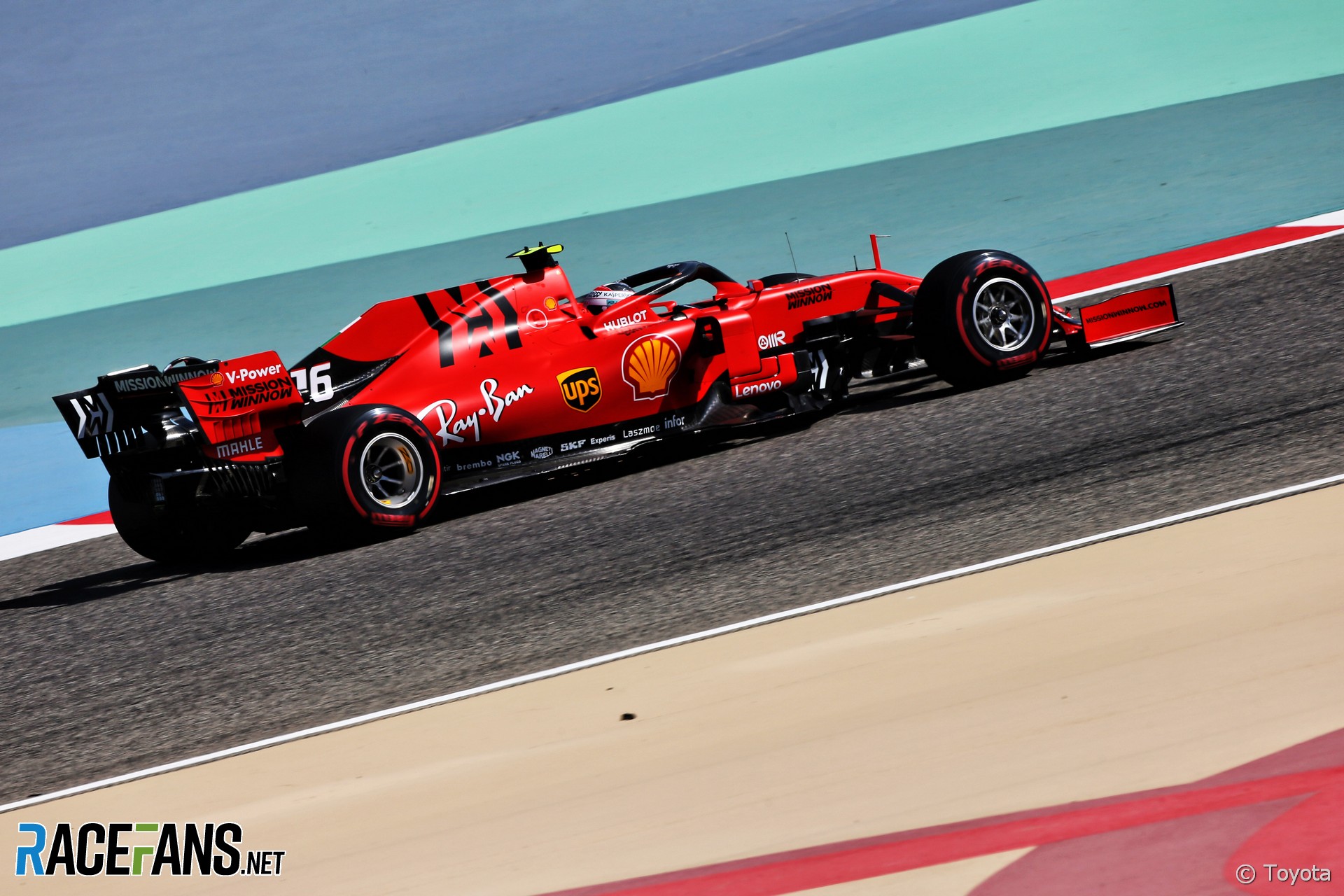 Ferrari team principal Mattia Binotto says the team’s advantage over its rivals in practice was down to them running different engine modes.

However he admitted the team has seen positives outcomes from the changes made to its car to address its lack of performance in Australia.

“Today we focused on ourselves and our problems and the modifications we made after Australia, and to react and address the issues that we had,” Binotto told Racefans and other media in Bahrain.

He said the team’s 0.6 second margin over closest rival Mercedes is “misleading” and they expect “certainly a more tough battle” in qualifying on Saturday.

“The others will be very strong tomorrow,” said Binotto. “I think it’s quite obvious, you may see the GPS data, the speed on the straight, we were certainly pushing different engine modes compared to what the others were doing today. So I’m expecting a very tough battle tomorrow.

“But I think [what’s] more important is to stay focused on ourselves. We improved our situation after Australia. This is quite a different track so let’s say that we do not at least have to date the problem we suffered in Australia thanks, yes, to the track, and also thanks to modifications we made.”