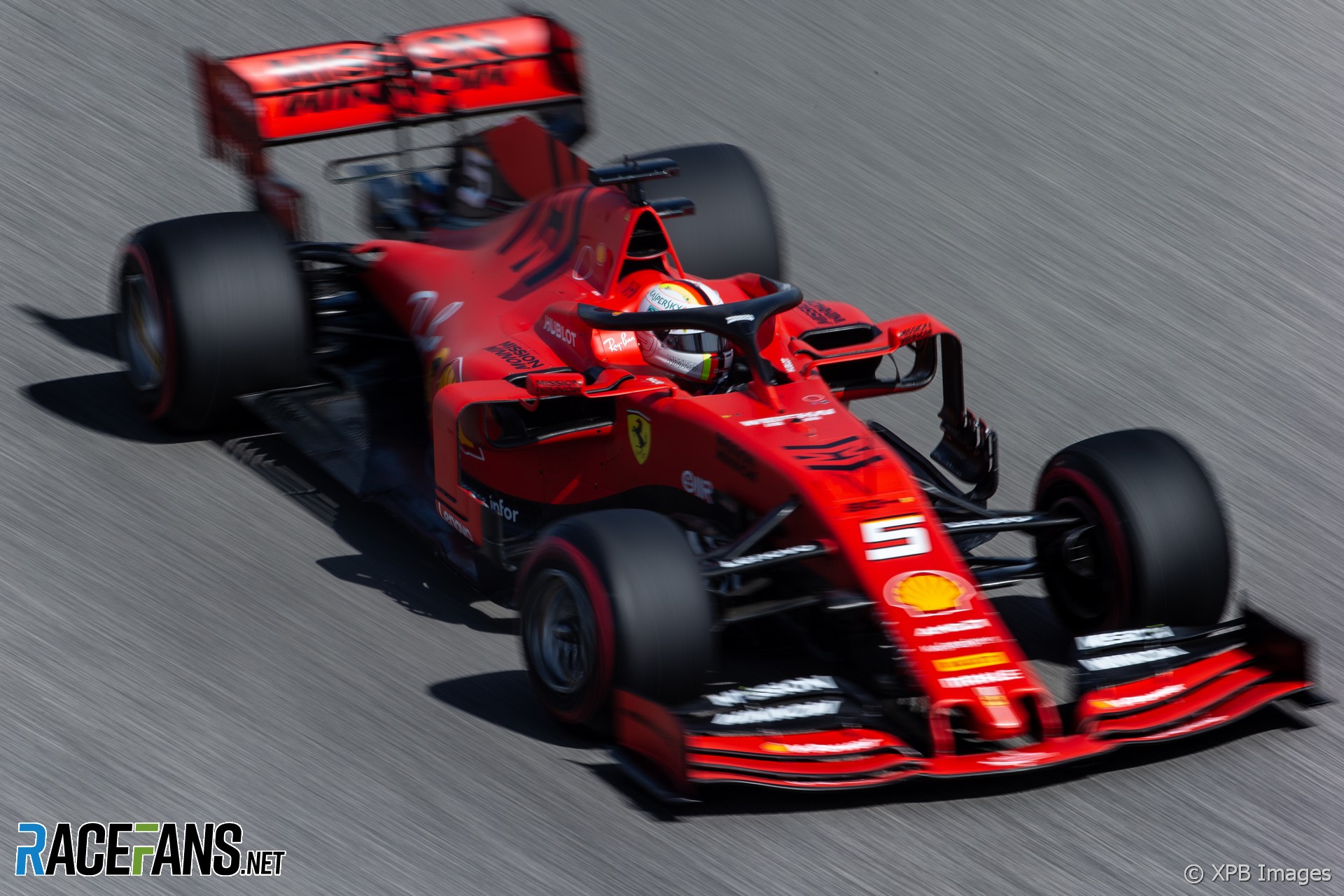 Sebastian Vettel said Ferrari has addressed its car’s “Achilles’ Heel” after setting the pace on the first day of practice for the Bahrain Grand Prix.

After ending second practice six-tenths of a second ahead of the quickest Mercedes, Vettel described the difference in feeling from his SF90 compared to the first race weekend.

“It’s less bumpy but that comes with the track,” said Vettel. “And more trust in the rear which was our, let’s say, Achilles’ Heel in Australia.”

However Vettel said the Ferrari still doesn’t feel as good as it did during pre-season testing.

“Not yet,” he said. “Barcelona was really good. Certainly better today. Obviously the track’s different, but I think we still need to find something.

“I’m not entirely happy with today, just don’t have the feeling yet that I want to have.”

Vettel had a quick spin at the exit of turn two during the second practice session, which he said was a result of a lack of grip on the track.

“It’s been a tricky day, very slippery in general. Difficult to extract always the best from the tyres. It’s better to have the spin today anyway than tomorrow or Sunday.”

He added the team can still unlock more performance from the car, which he believes they need to in order to compete with Mercedes.

“The feeling I had in the car for sure was better than it was in Australia but there’s still more in the car. Then I think if we unleash that we should be in good shape tomorrow and hopefully we can be a lot closer and put Mercedes under pressure.”

5 comments on “Vettel: Ferrari has fixed its “Achilles’ Heel” from Australia”