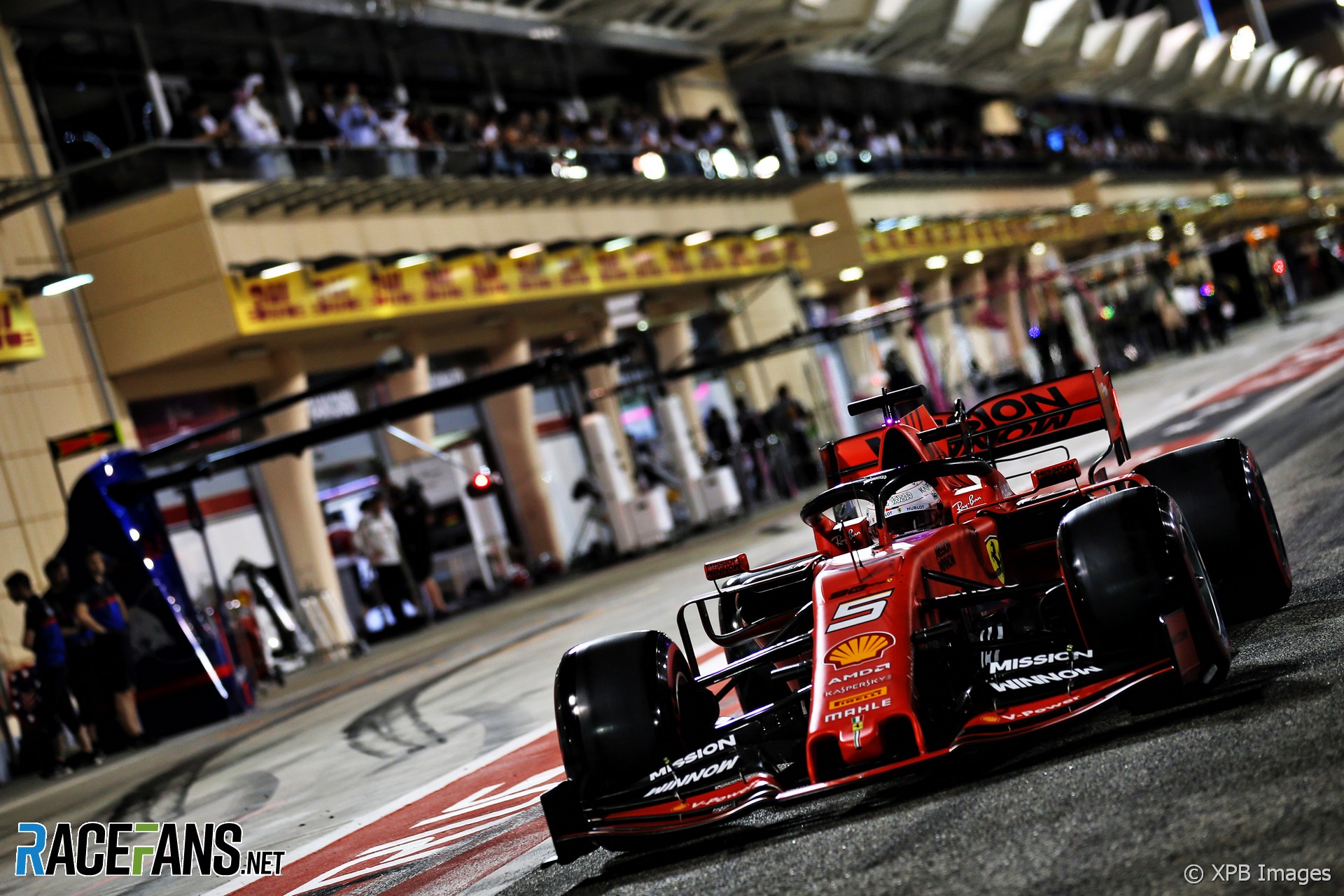 Romain Grosjean accused Sebastian Vettel of indirectly causing him to hold up Lando Norris in qualifying, an incident which earned the Haas driver a grid penalty.

According to Grosjean, Vettel broke an agreement between the drivers not to overtake each other at the final corner on their out-laps. The Ferrari driver overtook the Haas, who then had to back off more than the team expected he would have to, leading him to hold up Norris, for which he received a three-place grid penalty.

“I think it’s Vettel that made a mess,” Grosjean explained. “He didn’t respect the unwritten rule that you don’t overtake before the last corner.

“Alonso made it clear to Magnussen last year in Monza. Maybe I should have done that.

“But he just went past all the queue, we were all waiting and obviously I wanted to go faster. He passed the queue, came in front of me so that gave me another three or four seconds to wait and that obviously we had not [anticipated] the fact that Vettel would do that, therefore we thought we were clear of Norris, and that’s probably why they didn’t tell me that Norris was on a flying lap.”

Norris backed Grosjean’s explanation. “He did get screwed over a bit by Sebastian who overtook him into the final corner,” said the McLaren driver. “So to be fair to him he only had three seconds or something for his team to tell him that I was behind if they hadn’t already.”

“Us being racers we have to respect each other and if you have a car ahead you don’t just overtake immediately in the final corner like Magnussen and Fernando last year in Monza. I think he did what he could when he knew but he did impede me so I think that’s a similar thing.”

Grosjean said he “had no idea” Norris was approaching him on a flying lap. His radio messages indicated he was only warned about the McLaren as he reached the final corner, by which time it was already too late.

“[It was the] first lap of Q1, six or seven cars around me on the out-lap, I thought everyone was on an out-lap. I can only apologise to him. We are normally very good with traffic, I think, but today obviously we got it wrong.”

15 comments on “Grosjean and Norris blame Vettel for impeding incident”