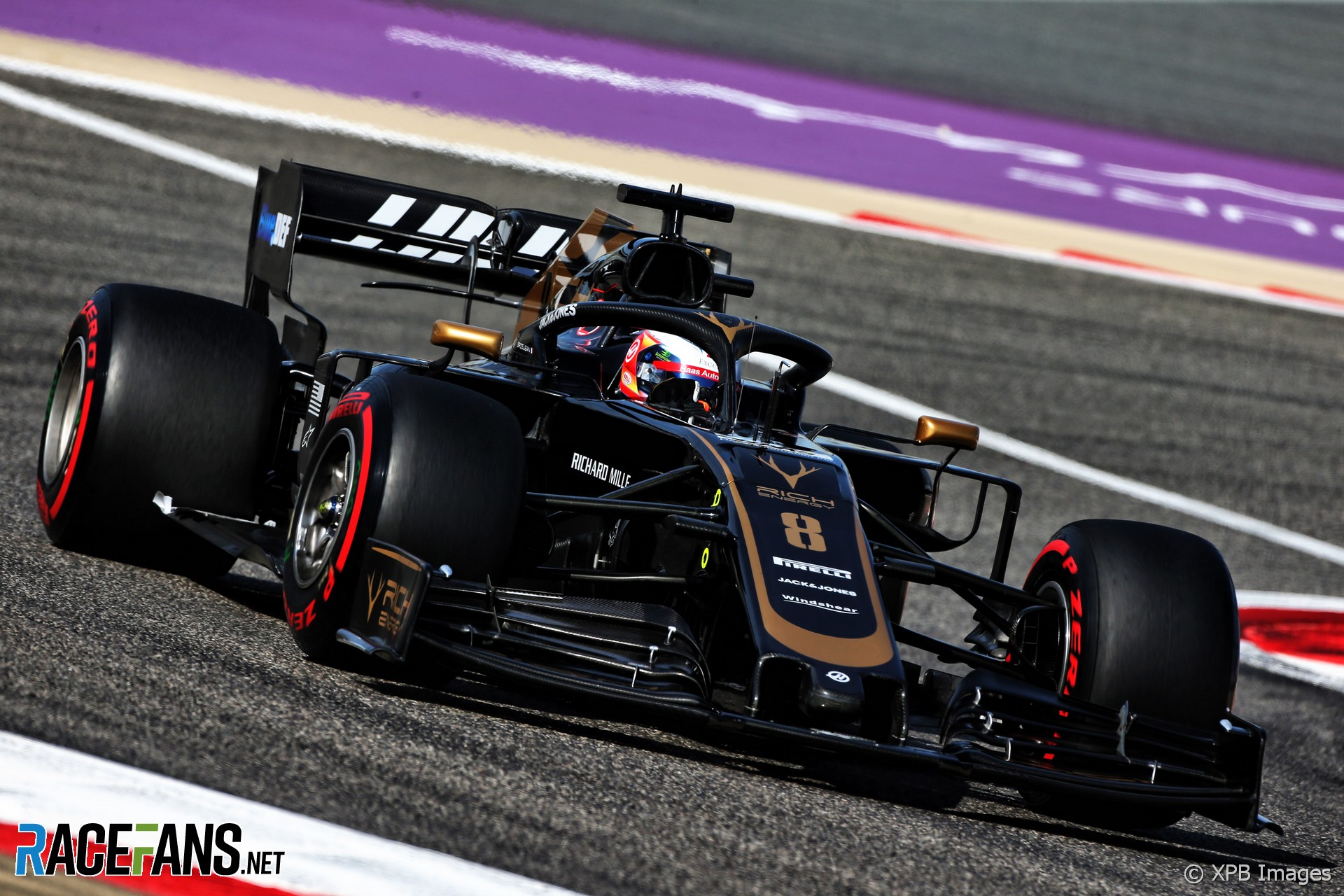 Romain Grosjean has been docked three places on the grid for the Bahrain Grand Prix for holding up Lando Norris in qualifying.

The Haas driver was also given a penalty point, putting him on a total of eight, which leaves him four away from a potential ban.

Grosjean got in the way of Norris at the final corner during Q1. “The driver of car eight [Grosjean] stated that he was about to commence a push lap when he was overtaken by car five [Sebastian Vettel] and thus slowed significantly to maintain a sufficient gap.

“He was not advised by the team of the rapid approach of car four [Norris], which was on a push lap. The speed differential was 136 km/h at the point where car four had to take avoiding action.”

Haas did not inform Grosjean that Norris was approaching until he was almost at the final corner, at which point he was told: “Watch for Norris behind, Norris behind now.”

The stewards said they “accept that the driver of car eight did not intentionally intend to impede, however it is the driver’s responsibility to be aware, when travelling abnormally slowly, that faster cars may be approaching.”