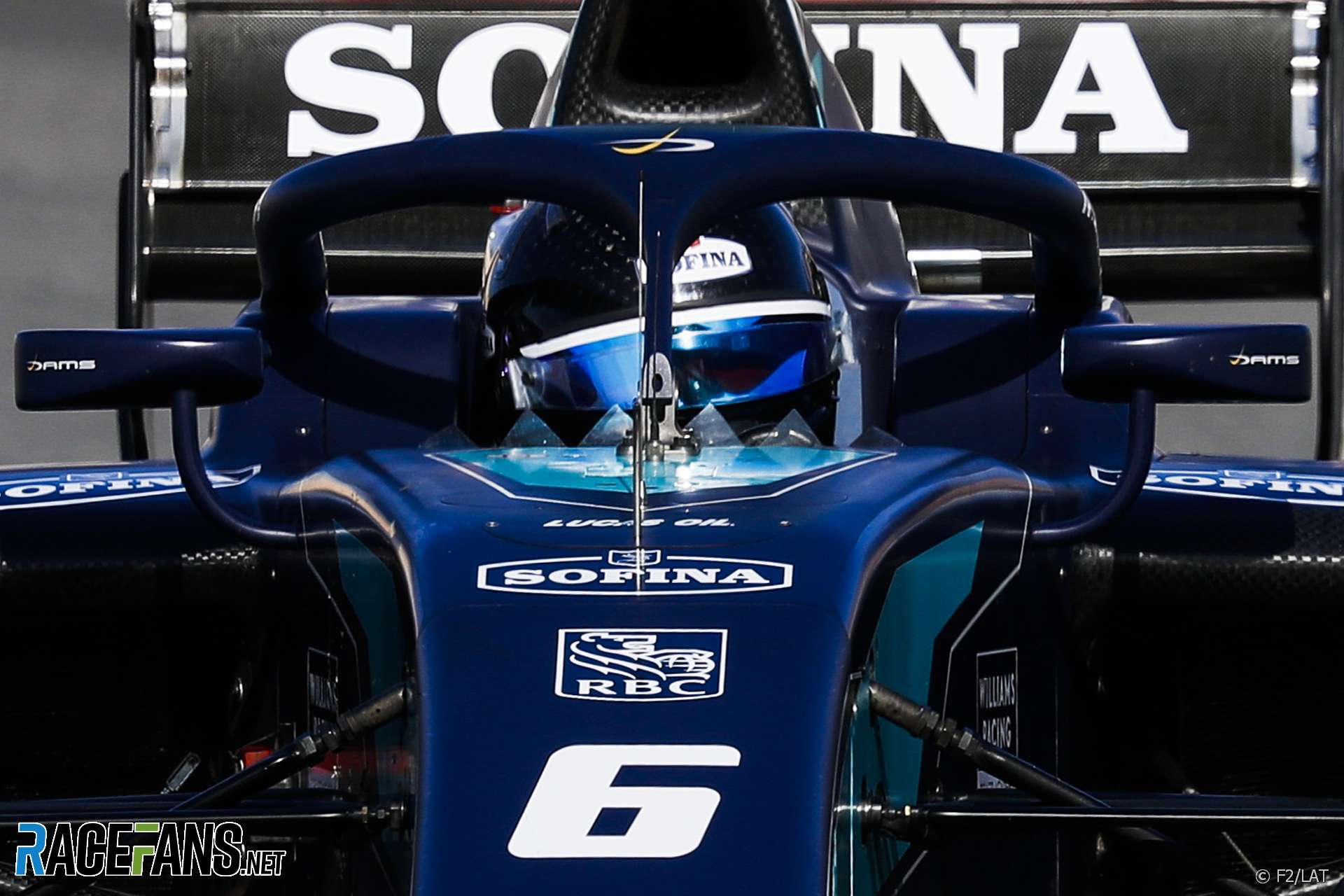 Nicholas Latifi began the new Formula 2 season on a high by winning from fourth on the grid in Bahrain.

The DAMS driver led the field home by six seconds despite losing time during his mandatory pit stop.

Pole -sitter Luca Ghiotto lost ground at the start after apparently suffering clutch problems – a fault which dogged F2’s current cars when they were introduced last year. He made a bad getaway on the formation lap and despite discussing it with his team, suffered the same again when the race began.

While Ghiotto fell to sixth Louis Deletraz, Latifi, Nyck De Vries, Jack Aitken and Nobuharu Matsushita all benefited. Sean Gelael and Sergio Sette Camara also struggled to get away, leaving them battling with Mick Schumacher to regain places. The only driver to lose out as badly as Ghiotto was Correa, who fell to the back of the grid.

Gelael was putting in one of his most convincing performance to date until DRS failure caused him to spin on lap five. The Prema driver was sent spinning across the track backwards at turn one, fortunately avoiding a collision.

Last year the optimum window for pitting was around lap 17 of 33 but most front-runners came in a lap or two earlier, gambling on leaving the longer stint for a warming track. Tatiana Calderon and Magaveer Raghunathan were the only drivers not to have pitted by lap 18.

De Vries took over the lead but Latifi hit his optimum tyre temperatures faster and made three passes in three laps, putting himself in a comfortable lead and controlling the race from then on, pulling out a big gap

Ghiotto recovered to second, overtaking both Sette Camara and Deletraz on lap 25 while best-performing rookie Anthoine Hubert also made a double pass on both Carlins for fourth just a few laps later. Deletraz, De Vries and Aitken followed him home, while a late pass by Schumacher earned him eighth place and pole position for tomorrow’s race.

Matsushita and Guanyu Zhou completed the scorers. Raghunathan’s late pit stop gamble didn’t deliver, but Calderon made a huge charge over the final laps, gaining around five seconds per lap to finally beat Callum Ilott for 13th behind Ralph Boschung and Giuliano Alesi.