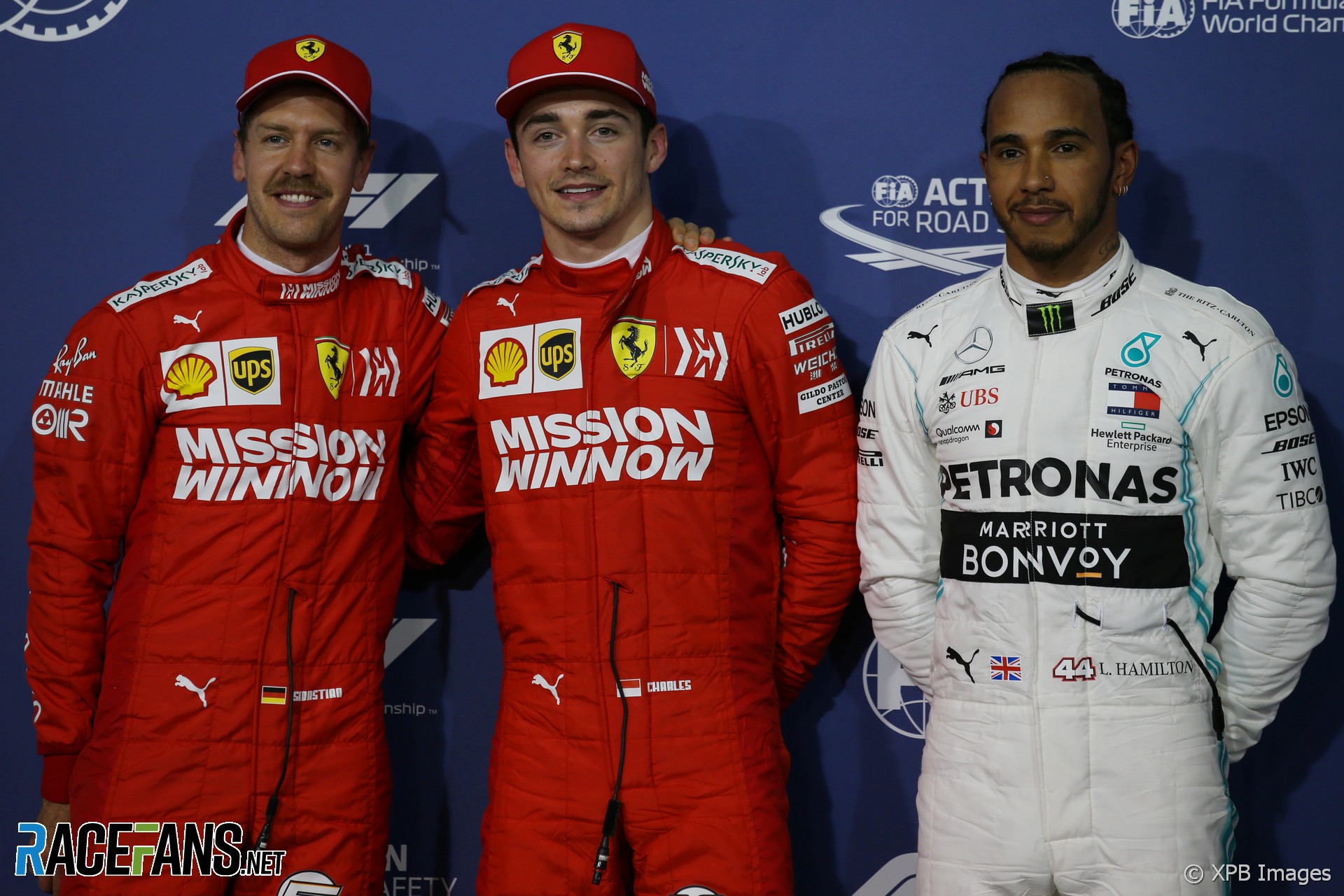 Charles Leclerc said he was “extremely happy” to take pole position for the first time in his F1 career in his second race for Ferrari in Bahrain.

The Ferrari driver said he had worked to address the errors he made during his first qualifying run in Australia two weeks ago.

“I’m extremely happy,” he said. “Obviously in the last race I was not very happy with my qualifying, I did some mistakes in Q3 and I really worked hard to try and not do the same mistakes here. And it seems like we did quite a good job.”

Leclerc beat team mate Sebastian Vettel to pole position after leading all three stages of qualifying. He said going up against his four-times champion team mate is “extremely hard because Seb is an amazing driver.”

“I have learned a lot from him and I will probably learn [more]. But today I’m very happy to be in front him so it’s a good day for me.”

Leclerc said his plans for the evening now are to “go to sleep and work hard for the race tomorrow.”

Vettel’s qualifying effort was compromised when he had to make a second run in Q2, which left him with only a single set of fresh tyres for Q3. He said he lost time in the middle sector on his final run.

“Of course you have to first of all make it to the end,” he said. “Maybe I was a bit shy in the second sector.

“But in the end I think Charles did a very good job today and he deserves to be on pole. I’m happy that with the one run I had at the end to get second and it puts us in a good place for tomorrow.”