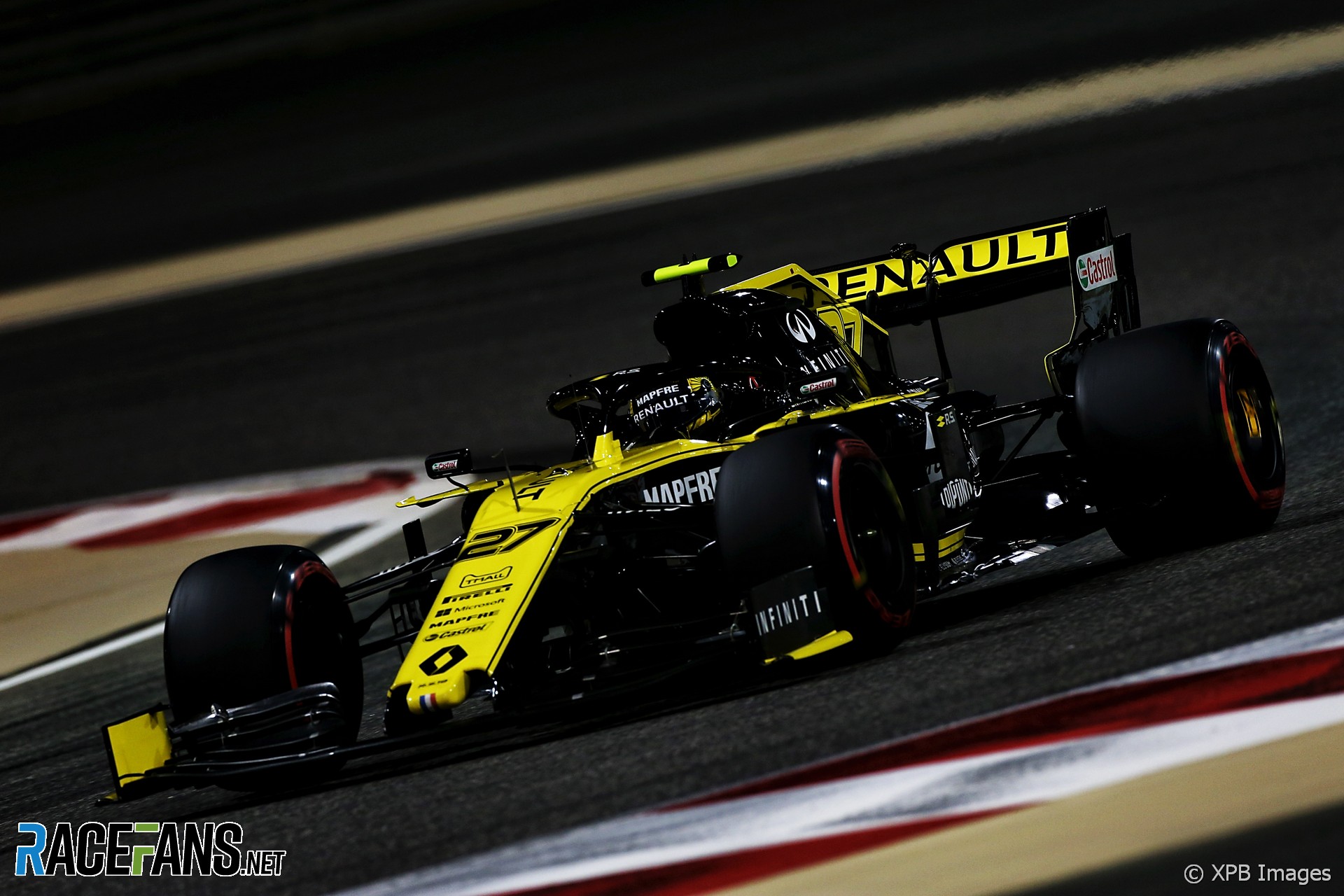 Nico Hulkenberg says a problem which put his Renault engine into a ‘safe mode’ cost him a chance to start the Bahrain Grand Prix inside the top 10.

Hulkenberg, who was eliminated in Q1 and will start 17th, said the problem “was pretty severe.”

“It cost us a big chunk of lap time and actually there was another problem too of a mechanical nature so both together was too much basically to get through.”

The Renault driver finished all three practice sessions inside the top 10 and suspects his car was quick enough to reach Q3.

“I think it’s always difficult [to say] ‘afterwards’, ‘in theory’ and ‘what could have, what if’,” he said. “But I felt that top 10 was definitely on the table this week.

“As you saw things are very, very tight around there and it depends how well you hit every lap. But definitely I think a top 10 position was there.”

Hulkenberg added he isn’t certain the problems with his car will be fully cured in time for the race.

“I hope so,” he said. “I’m not entirely sure, not one hundred percent confident. But obviously we’re working towards that.”