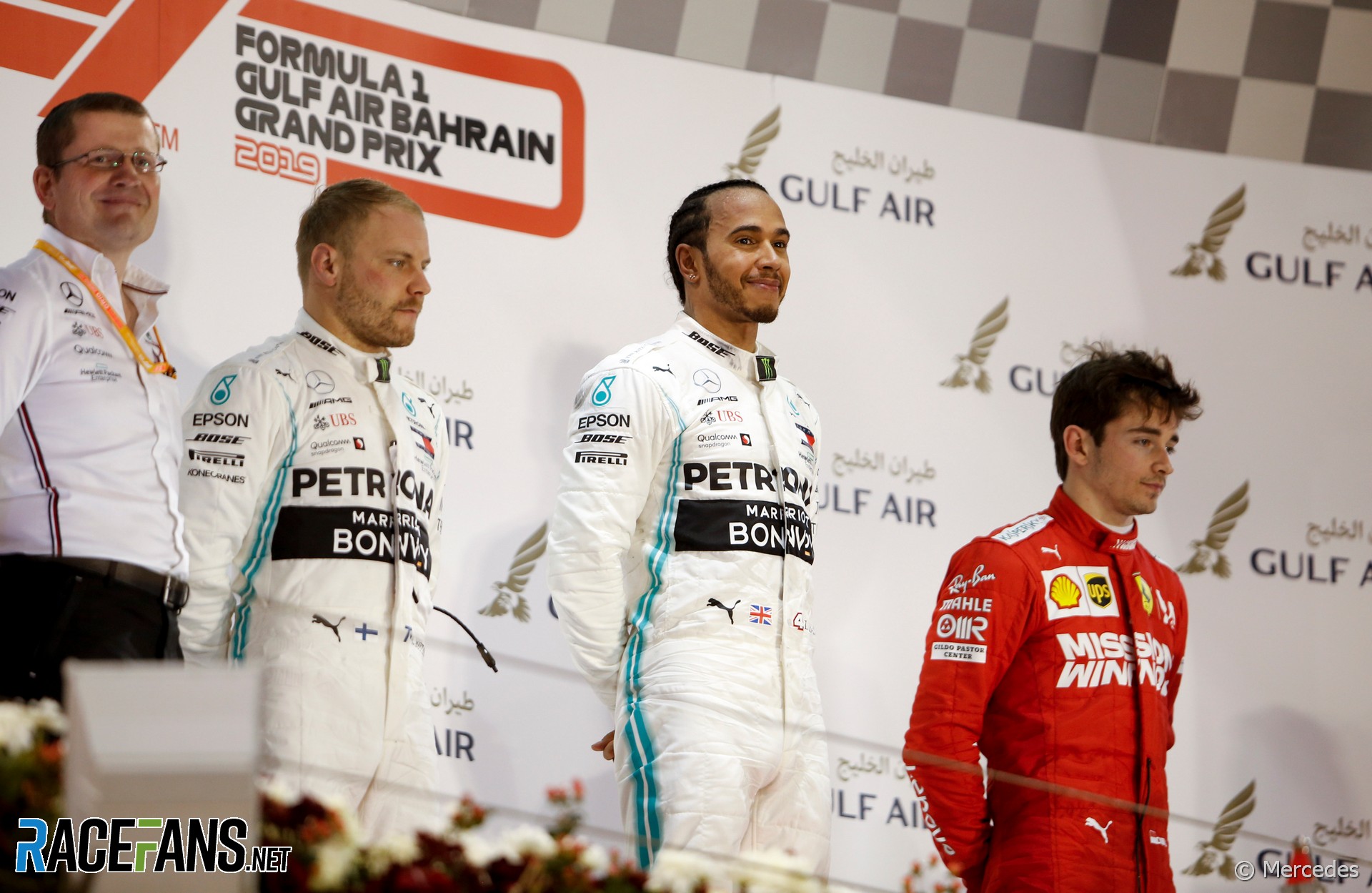 The pair inherited the first two positions after Charles Leclerc’s Ferrari slowed in the final laps due to a short circuit in its power unit.

“At the end of the race we got lucky but it’s not only luck,” said Bottas after the race. “We [had] a more reliable car than Ferrari and that is down to very solid and hard work again by the team.

“Reliability is one of the key elements to win a title and we had proper reliability which got us more points than Ferrari.”

Bottas’s team mate echoed his words. “I don’t really know about luck,” he said when asked about Leclerc’s race-losing problem. “Someone else’s misfortune – is that luck for you? I don’t know if that’s true.

“It’s a [fortunate] situation but he was just unlucky, they were just unlucky with whatever issues they had on their car.

“We’ve come out with maximum points, we’ve both ended up first and second. You could say that’s lucky but I don’t like using the word ‘luck’, I don’t think they’ve done something and they don’t deserve it this weekend and the same the other ways.”

Hamilton said he doesn’t consider winning races through luck as payback for any past misfortunes of his own.

“I’m not superstitious so I don’t come here thinking this is a reward for some past experience” he said.

“I do think about karma, more in a negative, do to those as you want to be done to you kind of thing. But otherwise I don’t take it really into account in terms of racing. I want my team to be as clean and as straight as possible and we want to win on merit and that’s how I drive. I don’t bash my way through, I try to do things the right way.”