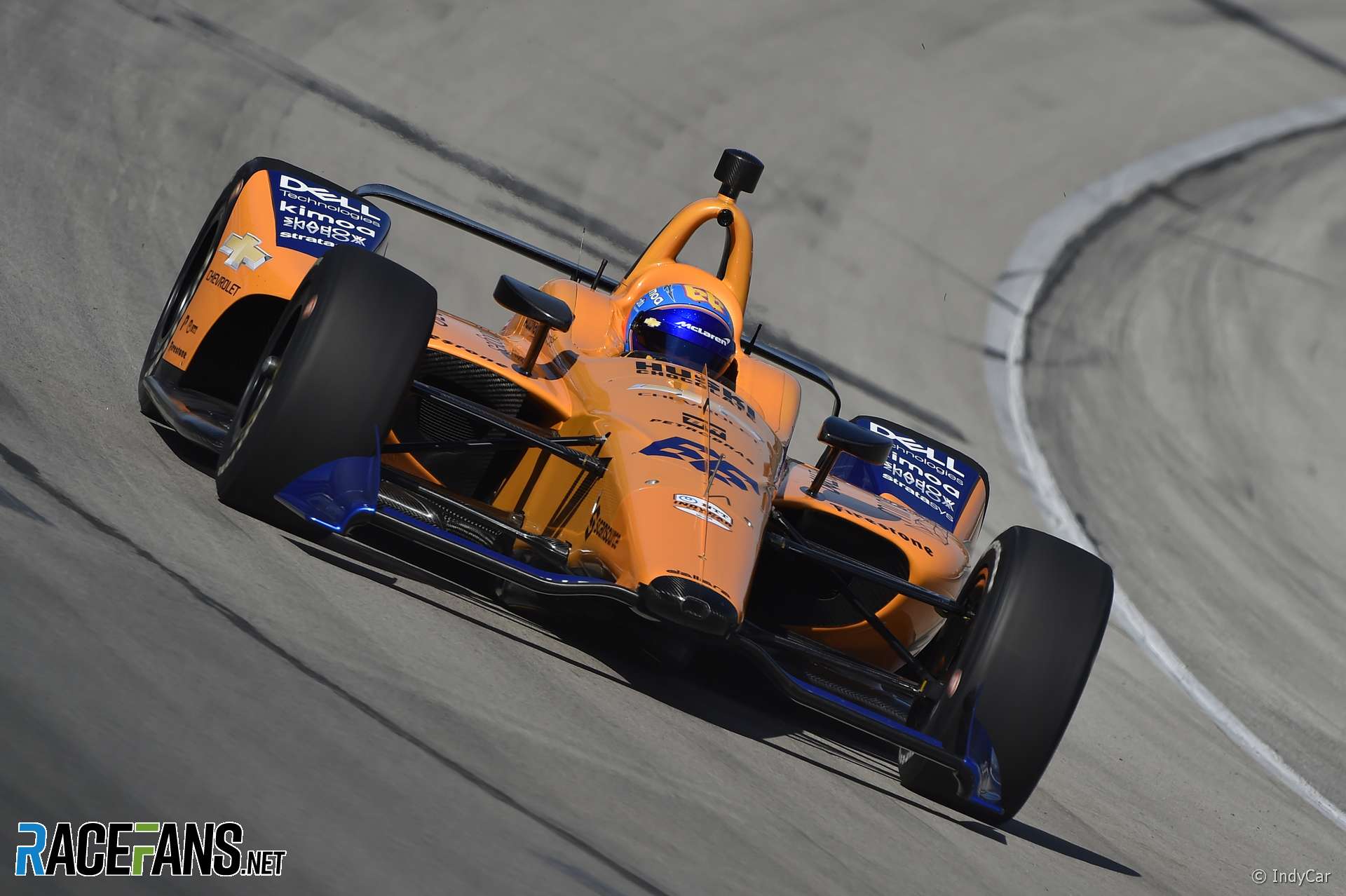 Fernando Alonso began his preparations to tackle next month’s Indianapolis 500 by shaking down one of McLaren’s chassis at Texas Motor Speedway yesterday.

The two-times world champion is bidding to emulate Graham Hill by winning next month’s race at Indianapolis Motor Speedway and completing a ‘Triple Crown’ of successes in the Monaco Grand Prix at Le Mans 24 Hours.

Alonso described his first run in the car as “Pure adrenaline.”

“Happy with our first day, and thanks to all the McLaren Indy team for today,” he added.

As well as breaking in the new chassis, Alonso has some changes to adjust to since he last race at Indianapolis two years ago. The championship has overhauled the aerodynamics on the standard Dallara DW12 IndyCar raced by all 33 entrants. And Alonso has switched from Honda power to Chevrolet.

The Texas Motor Speedway is the second-fastest circuit on the IndyCar calendar after IMS. However the tri-oval layout, with its much more steeply banked corners, is markedly different to the flatter, four-turn, 1.7-kilometre longer Indianapolis layout.

Robert Fernley, the former Force India deputy team principal who has joined McLaren to run its IndyCar programme, was among those present at the test.

McLaren has purchased two IndyCars for Alonso’s entry into the race, one of which will serve as his spare. The second car was presented at the team’s factory earlier this week and will be freighted to Indianapolis ahead of the first group test on April 24th.