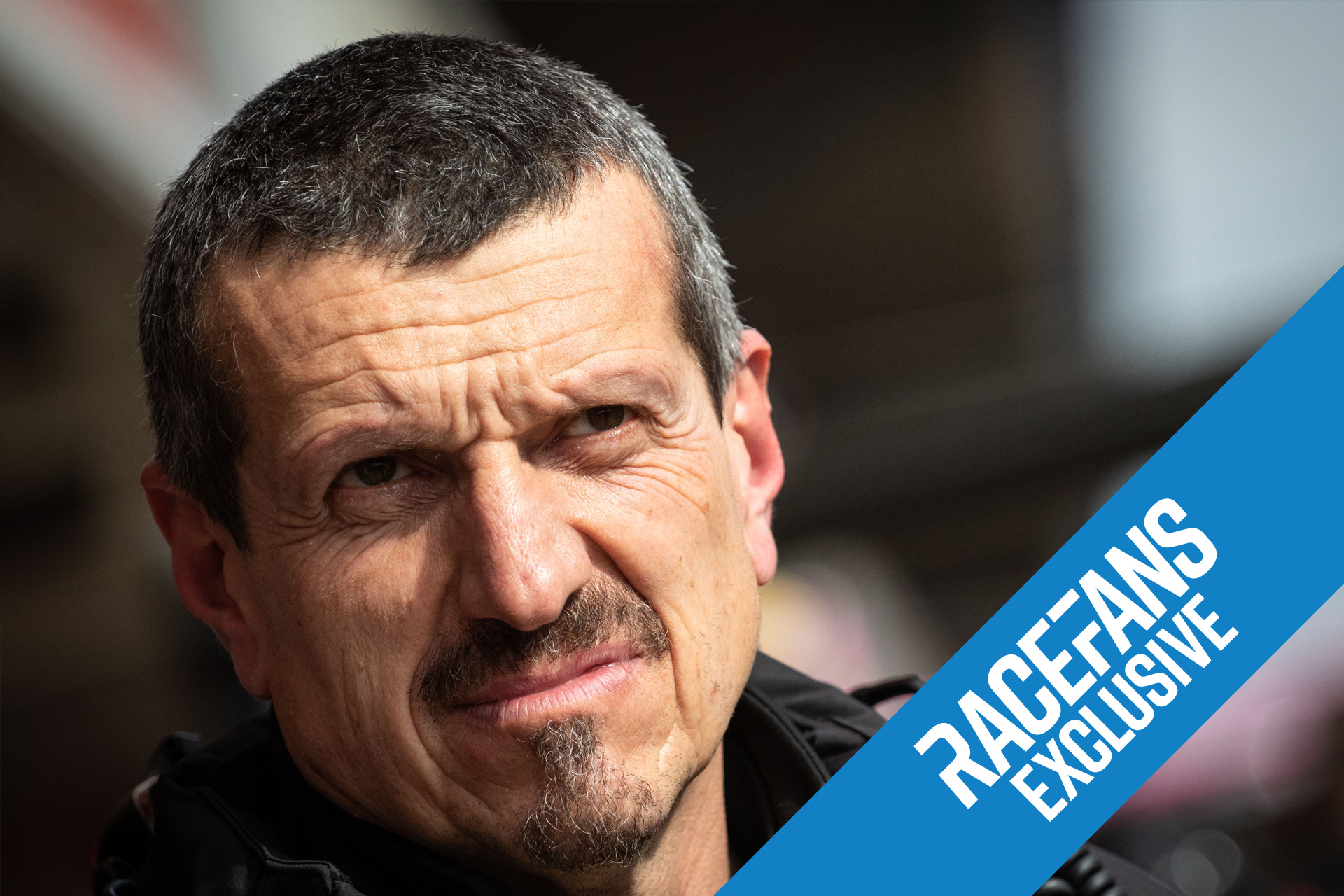 Guenther Steiner is an extremely entertaining chap, as anyone who watched the recent Formula 1 Netflix series “Drive to Survive” could not have failed to notice. His frank observations and staccato delivery enliven many a press conference, and those fortunate enough to have spent some off-record time with the Italian invariably find it an enlightening experience.

Still, these are personal observations in a sport where only results count. Here Steiner’s track record over the three-and-a-bit years at the helm of Haas F1 Team is nothing short of impressive – and not only for the US team’s climb from nowhere in 2016 to fifth in last year’s classification.

He had the foresight to exploit F1’s listed parts regulations – as detailed in this interview a year ago – which facilitated the team’s rise up the ranks. The fundamentals of those regulations were in place for at least a decade, yet it took a rank outsider whose last competitive posting was in NASCAR to exploit the loophole.

Could Steiner have persuaded machine tool magnate Gene Haas, then seeking to complement his successful Stewart Haas Racing NASCAR programme with a global marketing platform for his products, to enter F1 via a traditional constructor programme rather than persuading Ferrari to act as supplier of all permissible components? That is open to conjecture.

But what is given is that Steiner was always going to end up on the pit wall as boss of an F1 team, so driven is the man. And if his family’s modest fortunes – he is the son of a south Tyrolian town butcher – did not provide the means, he would enter via some other means. That eventually meant an apprenticeship crawling under damaged rally cars in muddy or icy conditions.

If Steiner’s rise to F1 is impressive, his navigation of the sport’s choppy waters is even more so. Yet arguably the most impressive aspect of Haas F1 Team is its cohesion and morale under his leadership.

True, they have made mistakes through inexperience, yet there is no discernible ‘blame culture’. Whoever can forget the image of Romain Grosjean consoling the mechanic who failed to tighten the wheel nut on the number eight car in Melbourne last year?

Over strong coffee on the eve of the new season, Steiner and I quickly dispense with formalities and get into the nitty-gritty, the strategic stuff. Where does he see the team fighting this year: Surely a top-three spot is obviously out of bounds given the sport’s current set-up?

“Correct,” he says, in his distinctively Italian, German and increasingly American accented English. “I think if we continue to work as diligently as we do, we can fit in where we are now, somewhere between fourth and sixth.

“[Higher up] is not realistic, but we don’t like to fall back, which can happen as well. I think we are strong enough to sit in between fourth and sixth.”

As a newcomer, Haas went without F1’s column one monies for the first two years of its existence. How does sixth work commercially for a team that now needs to start looking at recouping its start-up costs?

“The money, the difference [between sixth and fourth, around $6m] is not big enough to make that big a difference. But it’s the difference to getting good people to work for you to achieve this and to get ready for the next step.

“That is more important than the short-term money you get, the boost. You create a better atmosphere to work and you just work better. The best motivator for a team is the sporting result.”

There, in a one bite, is what team management is all about. How, then, has he been able to build the team in such a short period of time?

“There’s no secret. You give people what you promise them. We’ve had people leave because a lot of people think the neighbour’s grass is greener. I respect that, I’m not getting upset because I think there has not been a false loyalty. If you don’t want to stay, if you have done a good job for us, I cannot be upset because you leave.

“I think the core people we’ve kept together because we gave them a job, gave them responsibility, we kept our promises, we did whatever we said, ‘We are here to compete, we are not here to try to make a business out of it’.

“We did everything we said [on] the first day [that] we’re going to do.”

Although it is still early days, the stability and loyalty within the team is clear to see, and impressive. Did that come naturally, or was it part of the overall plan?

A pause, maybe due to modesty, then: “I think they came naturally. I think we straight out went for good people, we put more effort in. The other thing is our growth rate isn’t massive. We are growing but we are not growing by 100 people a year, so it’s easier to manage because the people you take on, it’s decided who we take on.

“We try to get the best people we can for the positions. We cannot get maybe not always the best, but you can see we’ve got good people. So I think that most of them feel happy here.”

‘Culture’ is too oft bandied about as a buzzword, yet in F1 it is absolutely crucial to success, for team members need to know where the team is headed. How does Steiner describe the culture at Haas?

“I give a lot of people responsibility with freedom. I know what’s going on, but I try not to micro-manage because then you take away the enjoyment for them because they want to manage themselves. That’s why they came here, and I stick to that.

“They come and ask me [when needed], and I’m always there for them, but I trying not to interfere with everything. The less I do, the better I feel, because then I know that our people [are doing well]… and we have got the results, for sure if we haven’t got the results I need to interfere, that’s my job.

The team’s ownership is American, its team principal an Italian from a previously disputed Austrian region, the cars are built in Italy (by Dallara) but the team is based in Banbury in England – how would he describe the nationality of Haas?

“‘Global American’,” Steiner answers immediately, “because the team and the entry is American, Gene Haas is the owner and he makes the big decisions, because it’s his, that is his right. But the people which work here, I wouldn’t say there is any culture; it’s a global culture. It’s a racing culture, nothing else. We don’t look at nationalities.”

It is no secret that certain teams are lobbying to put an end to what is rather unkindly referred to as ‘B Teams’ such as Haas. If the regulations change such that Haas is no longer able to source the majority of parts from a mothership such as Ferrari, would Gene and co. stick around?

“We can take decisions either way. I think we put ourselves in a position that we can do most of it. If the regulations change dramatically, that you cannot buy anything anymore, maybe we change our plan.

“If the new regulations don’t work how we want to do business… I’m not saying, I’m not threatening anything, but I haven’t seen enough to say which direction, because nothing has been put to the vote, nothing has been decided.”

I put it to Steiner that there is unlikely to be a vote given that for the post-2020 regulations the FIA is working to its International Sporting Code, complete with 30th June cut-off and an almost ‘fait accompli’ process.

Nonetheless Steiner expects “a consensus-driven process” will determine the final rules package. “No, they will not be put to a vote, but I think people will be… given input and consultation.”

Retaining the ‘listed parts model’ is obviously a key requirement for Haas. How confident is he that it will be kept?

“There is somebody who adopted the same business model now,” he says, clearly referring to Toro Rosso, which now sources suspension components from Red Bull in addition to (largely) sharing Honda engines, plus electronics and hydraulics.

Steiner believes he will gain the support for the model from Ferrari, “plus two Red Bull teams, us, Ferrari, Sauber, and I think Mercedes want to do something with Racing Point.”

“But, again, I think it’s more not what the teams want, it’s more if Liberty, thinks this is a model which will put F1 in a better place, they decide for us.”

Does it makes sense, I ask him, to continue working from three bases – Kannapolis, North Carolina (administration/marketing); Varano, Italy (Dallara, car design and production); and Banbury, UK (race base)? Does it not make sense to put everything under one roof eventually? Is that the endgame?

“Short to mid-term we stay like we are. Long-term we don’t know because we don’t have regulations for ’21. We are back to the same old story, you know? Because you cannot make any plan if you don’t know what is going to happen.”

Is the team now capable of constructing the majority of a state-of-art car? Steiner reckons they are 75 percent of the way towards building their own car excluding, obviously, powertrain and proprietary components. For the rest “we could find ways to do it, yes,” he believes.

In the event that F1 changes its money distribution as mooted, in turn providing independents teams with, say, an additional $30 million per year but in return insists that teams became full constructors, would Haas switch business models?

“Yeah,” is the immediate response. Then a pause. “Nothing wrong with that. OK, if you have to… but it’s more do we really want to do that?”

Although Steiner has positive things to say about Liberty’s performance under Chase Carey (CEO), Ross Brawn (sporting director) and Sean Bratches (commercial director) he stresses – as he has done several times before – that time is running short.

“Chase, Ross and Sean – I respect what they are doing because I know how difficult a job it is. Some people say ‘Oh, they didn’t get where they [promised]…’ They are working hard and I think they’re on a good way now.

“But it’s just that soon we run out of time and then they get some frustration. I think they are trying to do the right thing for the sport.”

One of Liberty’s key goals for 2021 is the introduction of cost controls. Haas operates to one of F1’s most modest budgets ($130m) and lowest headcounts (250), and Steiner is unsurprisingly an advocate of a cap.

But can F1 really police the teams’ spending? “Absolutely” he says. “Look at [it as] a tax audit. It is possible to do. But it’s even easier, because you have somebody sitting there which audits you every year. So after a year they know the tricks you can play.

“After two years they know more tricks and they get better at the job. So I think having somebody there, basically a permanent auditor, an impartial one obviously, it’s a good thing and you cannot get out of it.”

Would Steiner be happy to have a permanent auditor on team premises full-time?

That staccato response fires back: “I have nothing to hide. I’m transparent.”