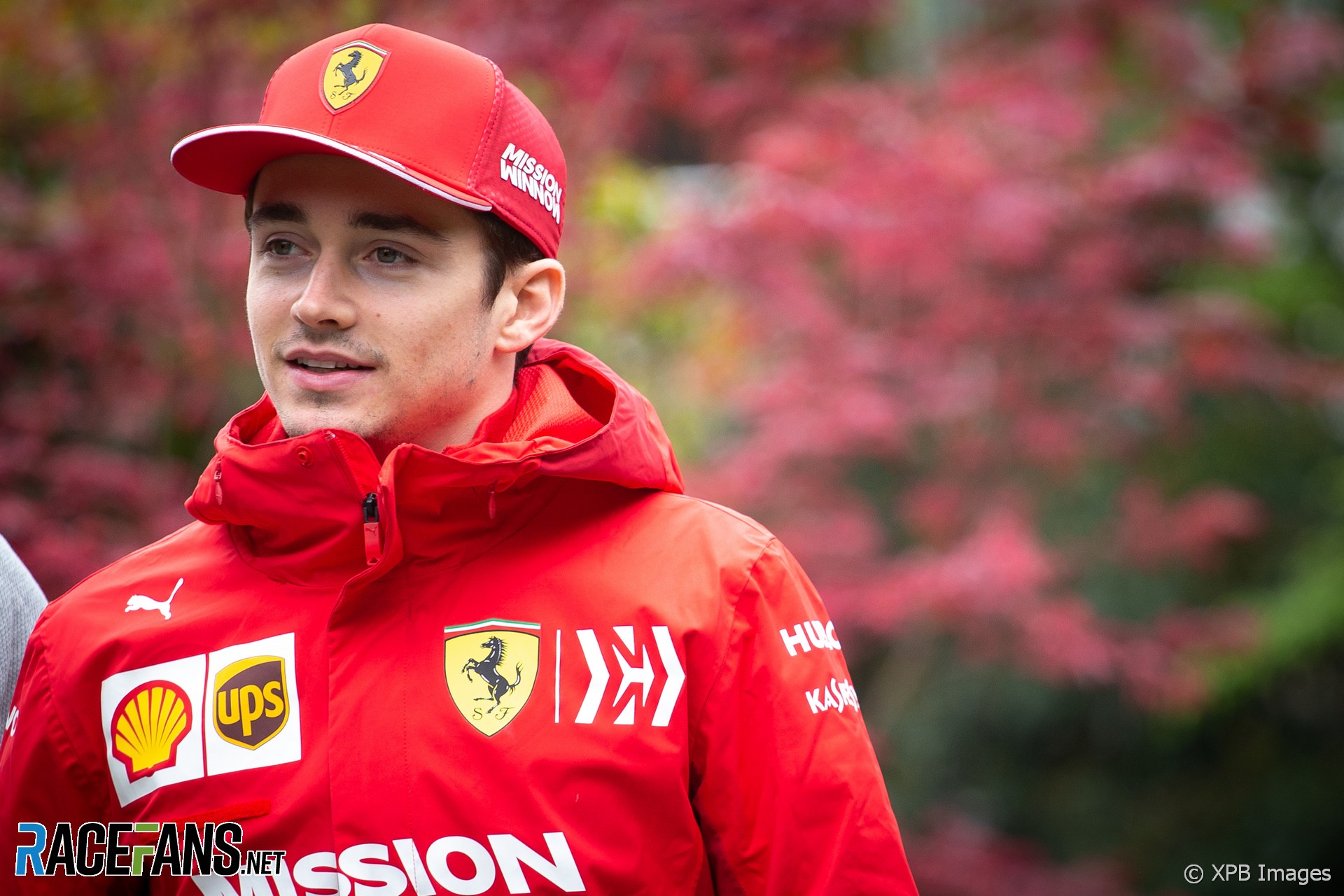 Charles Leclerc says he chose to overtake Sebastian Vettel in the Bahrain Grand Prix despite Ferrari telling him to stay behind his team mate because he had a “big pace advantage”.

Ferrari instructed Leclerc to hold position behind Vettel for two laps, but less than a lap later he overtook his team mate. Leclerc had also been told to stay behind Vettel in Australia, which he did.

“As I’ve shown in Australia the interest of the team is extremely important,” said Leclerc. “But in this particular situation I think I had quite a big pace advantage at this moment of the race and I had the opportunity in the straight and I just didn’t see myself lifting and staying behind.

“So I just went for the opportunity. It was a safe pass and I went for it.”

Leclerc was quicker than Vettel throughout the race weekend in Bahrain. he said he wasn’t surprised to find he had the pace to overtake his team mate.

“I think we had good pace all weekend long,” he said. “I was very confident with the car, very at ease with the car during all the weekend. Seb was a little bit less. So I just focused on my race. I had the opportunity on lap six and I went for it.”

He lost his chance to win when a power unit struck in the final quarter of the race. However Leclerc played down suggestions his Bahrain performance showed he could win the championship in his second season.

“I need to focus on what I’m doing in the car, try to work as hard as possible and trying to do the best job in the car and outside the car and then I’m pretty sure the results will come.

“Then we’ll see. We are only at the third race in the season, it’s very early on. We’ll see how we get on in the next few races. But hopefully we keep the momentum from Bahrain going.”

9 comments on “‘I didn’t see myself staying behind’: Leclerc explains decision to pass Vettel”