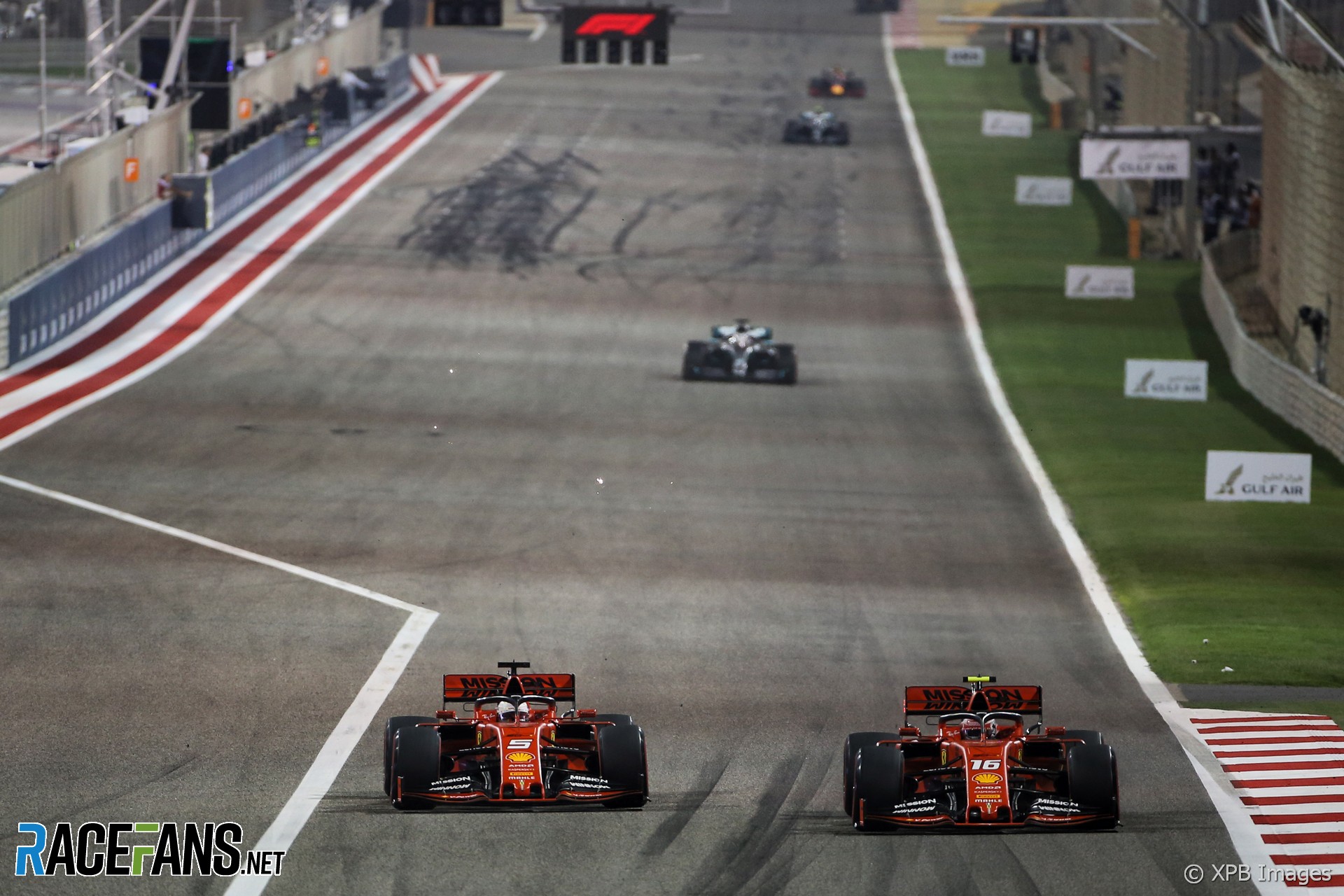 Sebastian Vettel says he wasn’t surprised Charles Leclerc overtook him in the Bahrain Grand Prix despite Ferrari telling his team mate to hold position behind him.

Leclerc was told to wait two laps before passing Vettel, but overtook his team mate less than a lap later. Vettel said he hadn’t seen the video showing the radio communication between Leclerc and his engineer, but he is “not surprised” by it.

“I think it was quite clear that he was quite a lot faster at that point,” Vettel explained. “I could have passed him back on the next straight but for me, the way I judged it, at that point was that it’s going to cost me more time and him more time.

“The race was very long from that point onwards, as I’ve said. It didn’t go exactly my way on that Sunday so at that point it wasn’t part of trying to destroy or trying to hold Charles’s Sunday back.”

Asked whether he is feeling under pressure after being out-paced by his new team mate in their second race together, Vettel said the pair still have a good working relationship.

“I don’t know how much you can read into him but I think it’s pretty much what I see. I think he’s a good kid. He’s fast, so [are] the ingredients and the reason – as he’s proven many times before entering into Formula 1 – why he’s deserved a place.

“So to work with he is pretty straightforward. I don’t know what you guys sometimes imagine on the other side but I haven’t com across a driver that was a pain in the arse, and I hope I never will. So that’s clear.”

Vettel said he is taking encouragement from the fact he isn’t fully comfortable in Ferrari’s new car yet and believes there is more to come.

“I wasn’t happy with my performance, not happy with the feeling yet for the car, the feeling that I had prior to the season in testing and so on. That’s why I know that I can do better and I know I have lots of races to show and prove that. But at least I’m not, let’s say, at the top of it and it’s good that he is.”