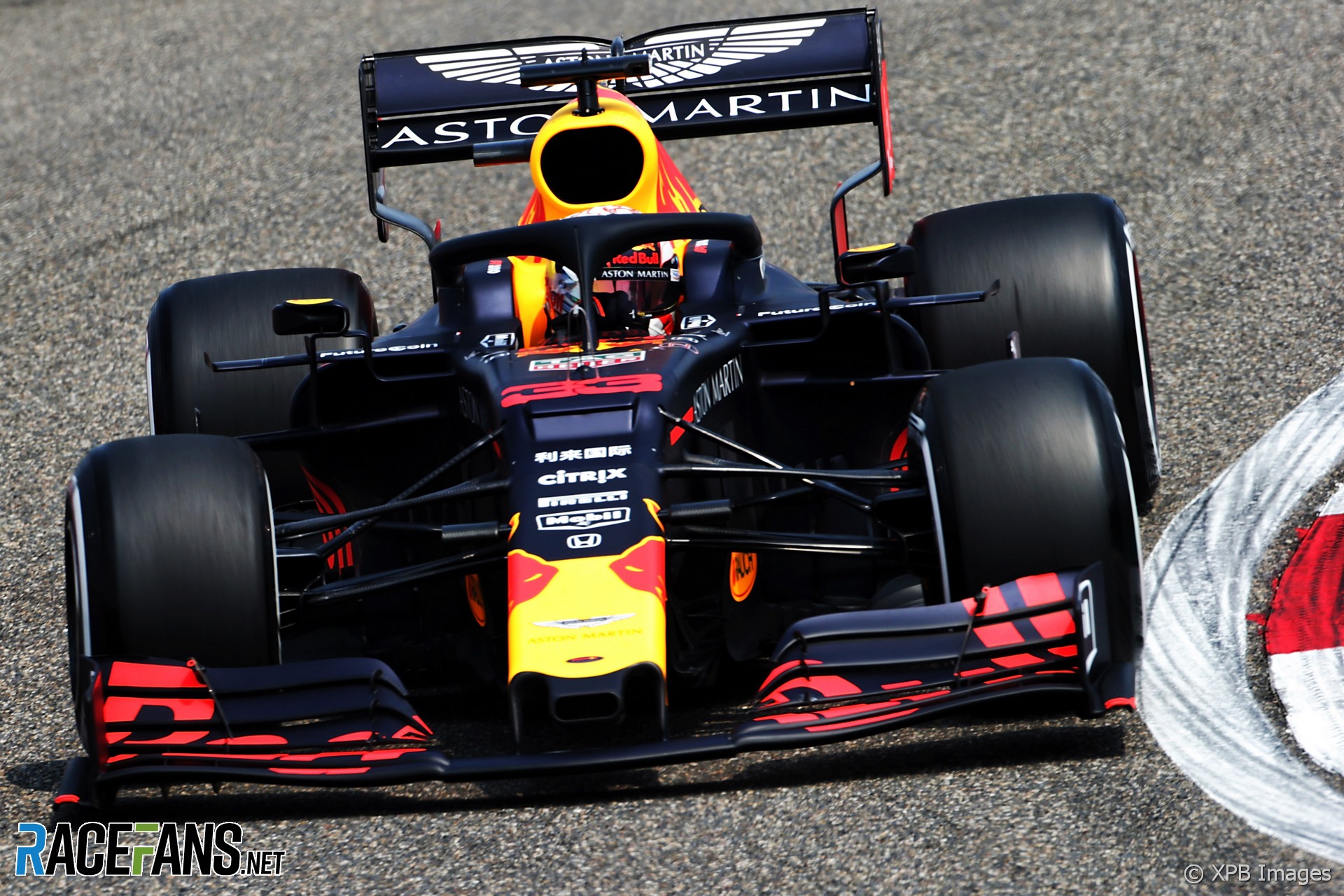 Red Bull team principal Christian Horner has revealed the team made a fundamental set-up error at the Bahrain Grand Prix due to a sensor problem.

“It was something on both cars,” Horner confirmed to Sky, “it was basically a sensor issue that has meant that the set-up we thought was on the car actually wasn’t on the car.

“It was something quite subtle but the effect of it, difficult to gauge.”

Both drivers found it difficult to achieve the expected lap times on the soft tyre during the previous race, and the team only narrowly beat Haas to third-fastest team behind Ferrari and Mercedes in qualifying.

Red Bull ran different programmes on Max Verstappen and Pierre Gasly’s cars during the first practice session in China as it pressed on with development of its Honda-powered RB15. Horner added the lessons learned in the post-race test in Bahrain has helped them make progress.

“We had a good test in Bahrain. We understood a lot of things about the car. It gave us some good direction and it was a really beneficial couple of day. So that was certainly a positive.”

Gasly scored his first points for the team in Bahrain but is yet to reach Q3 this season. He is confident he and the team can make rapid gains in the coming races.

“I’m confident the team, I think Red Bull proved many times they are probably one of the fastest teams to develop the car,” he said.

“For sure I expect the car to be stronger and stronger race after race and for sure my feeling with it will improve. I expect the evolution to go together in the same direction. I’m pretty confident about it and hopefully we can improve really soon and start properly this weekend.”