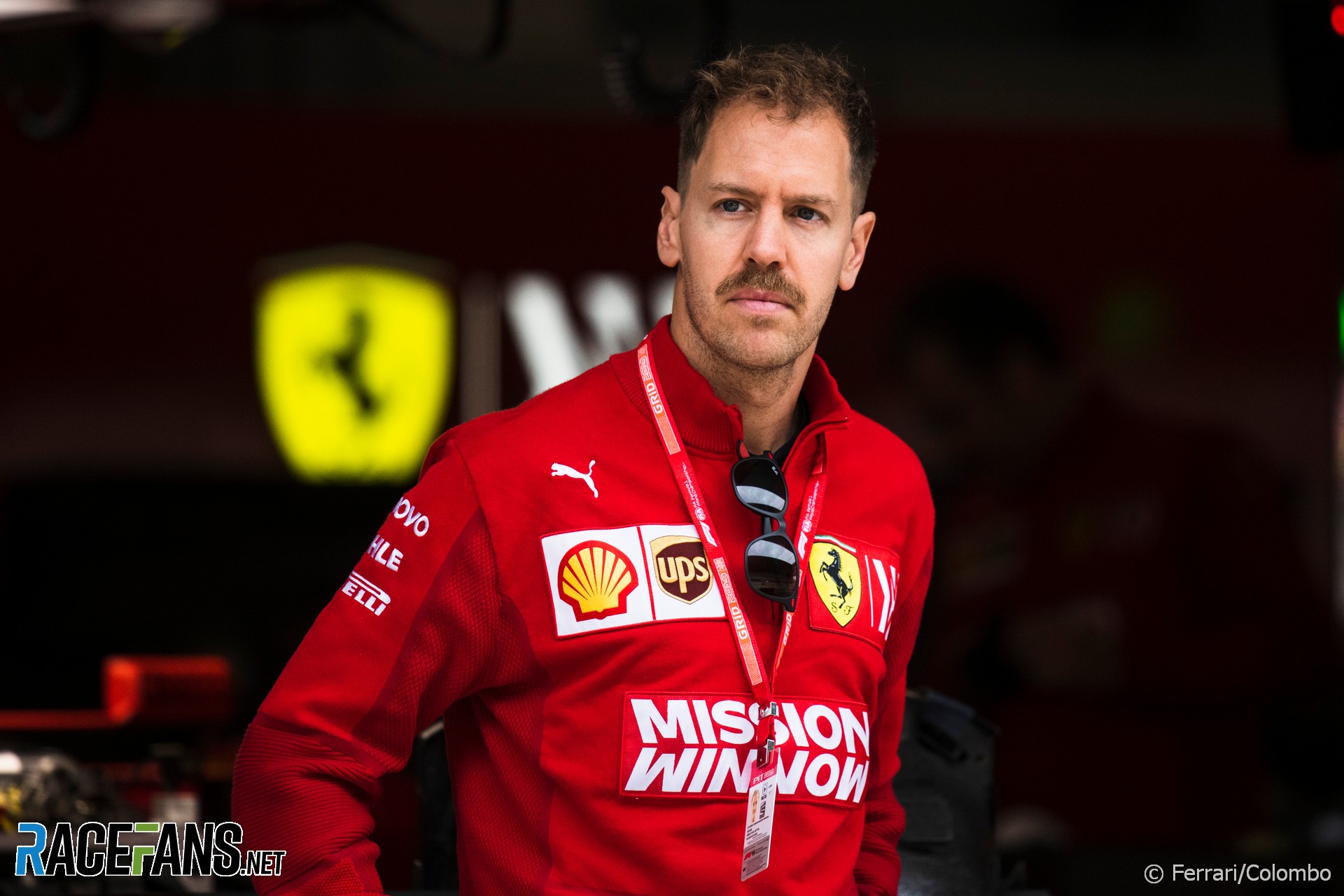 Sebastian Vettel says retirement isn’t on his mind yet despite recent comments by Bernie Ecclestone suggesting the four-times world champion might be thinking of calling time on his Formula 1 career.

Asked about Ecclestone’s comments in China, Vettel said: “I’m not going to be in Formula One as long as he was, that’s for sure. But I hope I’m going to be as fit and as sharp as he is today when I’m hopefully that old.

“I don’t know, to be honest. At the moment I feel on top of my game, I feel that I know what I’m doing. I’m very, very self-critical, very ambitious and I put a lot of expectation on to myself.

“I love driving, I love the sensation of the speed, I love fighting with these guys so there’s a lot of things that at the moment I really like and I’ll miss so that’s why it’s not an option to quit tomorrow, I’m quite happy to race. And then, yeah, I’ve got the contract but that’s a piece of paper and then we see what happens.”

Vettel made his F1 debut in 2007 with BMW Sauber. His current Ferrari contract runs until the end of the 2020 F1 season.

Last month Vettel told The Times he was unsure whether he would remain in F1 after 2020, when Liberty Media is due to overhaul the sport’s regulations. “A lot of the values that used to be around, they are only partly around,” he said. “Formula One is now more a show and a business than a sport.”