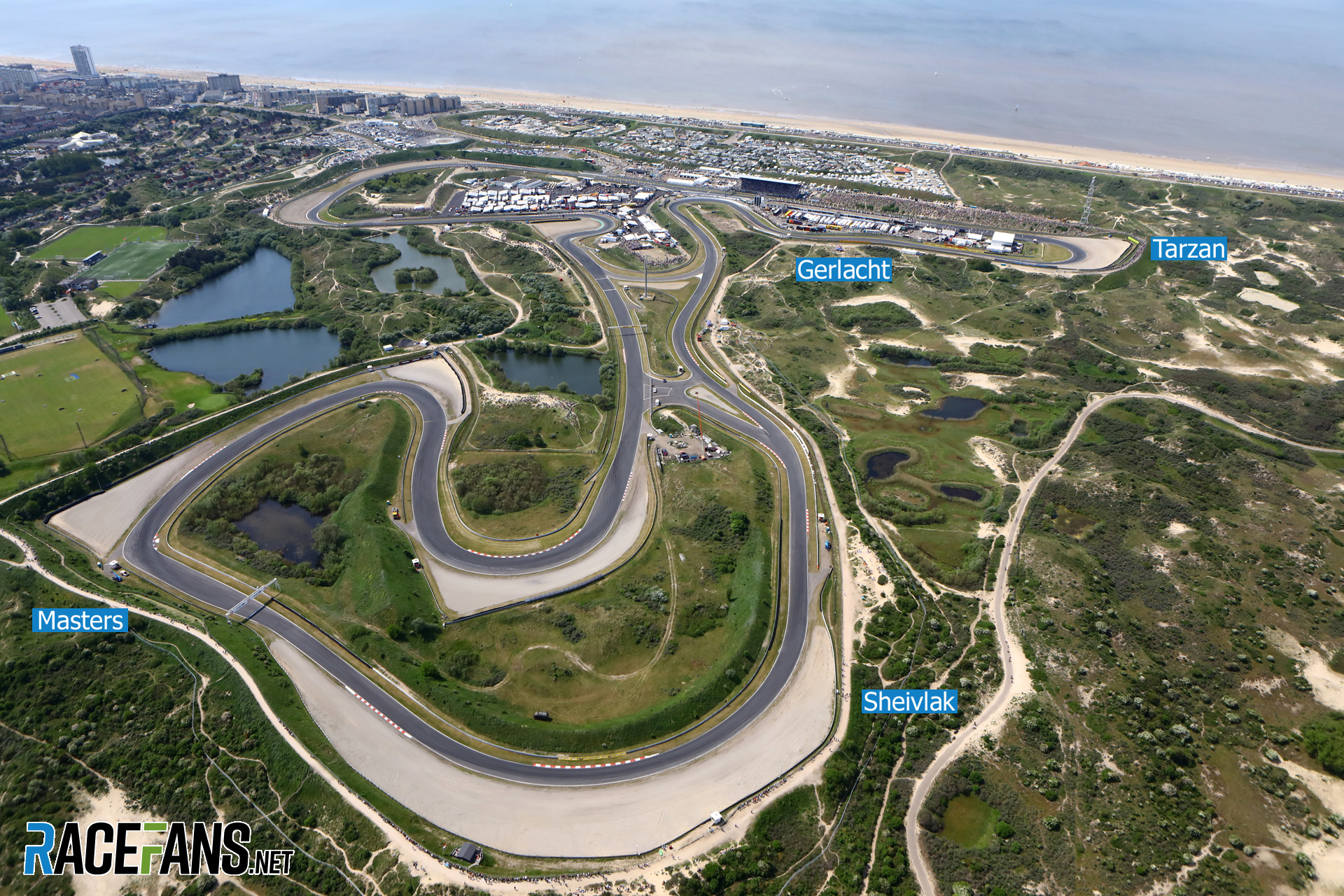 The Zandvoort circuit will undergo a series of changes ahead of its return to the world championship as part of the 2020 F1 calendar.

The circuit last held an F1 race in 1985. Its layout has changed significantly since then, but further alterations will be needed to ‘modernise’ it for F1, according to the race promoters.

“The start/finish line will be brought forward a little bit towards Tarzan to ensure that the grid is clearly visible from the main grandstand,” said Lammers.

“Then we get to the Hans ErnstBocht, of which the second part will be shortened and widened to improve flow through the corner and reduce its stop-start character and increase speeds.

“The Arie Luyendijkbocht, formerly known as Bosuit, that will be modified and slightly banked to permit full-throttle through there. This will make it similar to the final part of Brazil, where you can through with open DRS. It won’t be easy, but possible, I think.”

Lammers did not mention whether any changes will be made to the run-off areas. Zandvoort’s are almost entirely gravel, whereas most permanent F1 venues now have asphalt run-offs.

Aside from the circuit layout, other changes will be made to the track including a new paddock and other infrastructure. Lammers said he wouldn’t have thought it would be possible F1 could return to the circuit after its last race 35 years ago.

“If you’d ask me a year ago I would have said its almost impossible, I’m a Zandvoorter, if I imagine that 40 yrs ago I drove a F1 car here for the first time, then I am highly appreciative of what [Prince] Bernard and his partners have done here to get F1 back to the circuit.

“It’s a unique circuit, lying in the dunes and following the natural contours of the dunes. As a driver it is one the ultimate tests, if you take Scheivlak, it’s our own Eau Rouge, if you will. I think the driver who takes pole position will step out of his car full of euphoria, having just experienced the ultimate race experience.”