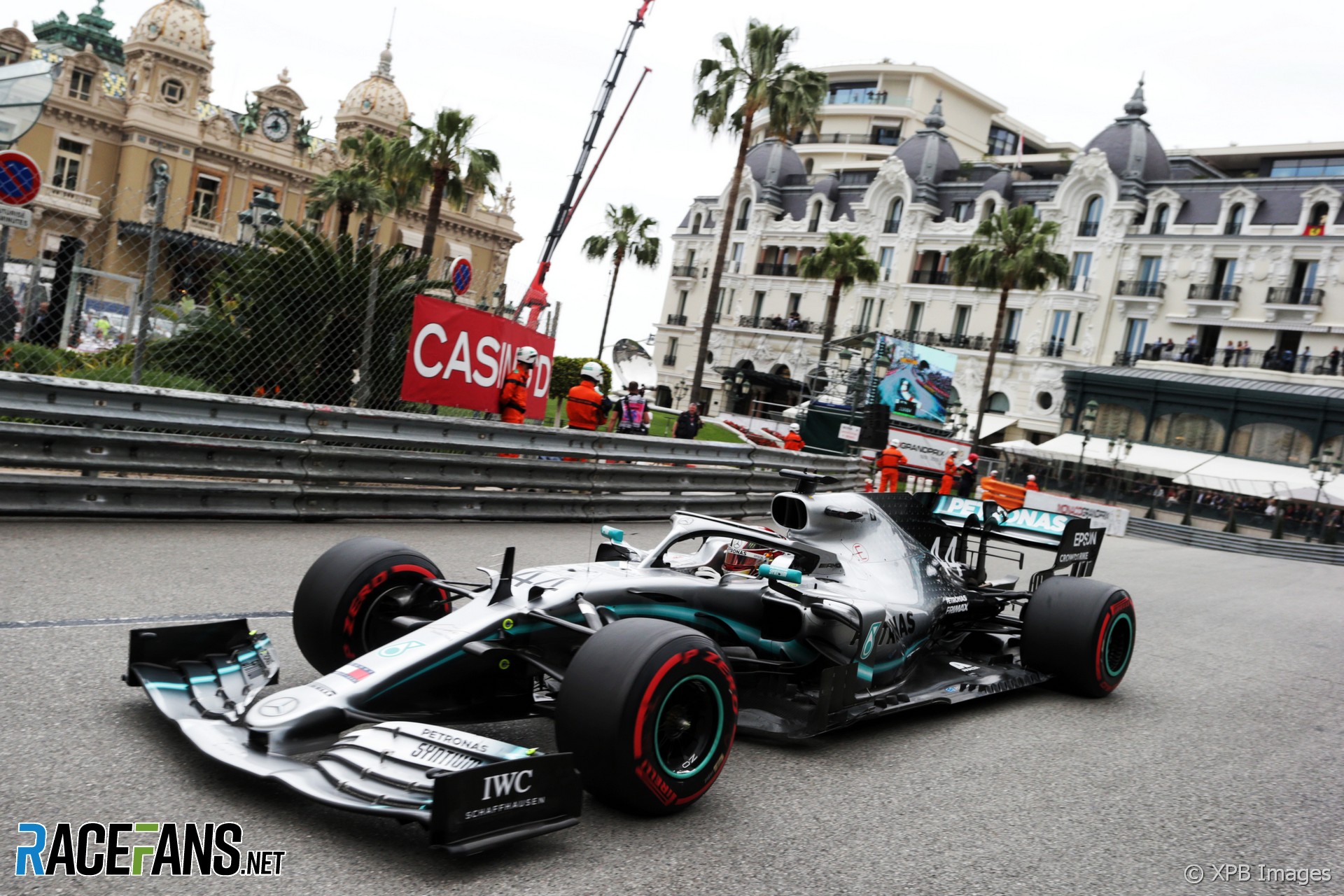 Three drivers were separated by less than a tenth of a second at the end of first practice for the Monaco Grand Prix.

Lewis Hamilton set the benchmark time with a lap of 1’12.106. His best effort was two-hundredths of a second quicker than the best time seen in first practice last year, since when the track has been resurfaced in several places.

While his team mate was able to get within a tenth of his best time, the two Mercedes were split by Max Verstappen, who was two-tenths of a second quicker through the final sector than Hamilton.

The Ferrari drivers were able to join their front-running rivals on a 1’12.1. Charles Leclerc, who picked up a pit lane speeding fine during the session, led the two red cars, three-tenths off Hamilton.

Pierre Gasly wasn’t able to match his team mate’s immediate confidence around Monte-Carlo. He ended up over a second slower than Verstappen in sixth place.

The midfield pack was very close behind the second Red Bull. Last year’s winner Daniel Ricciardo was less than a quarter of a second slower than his Red Bull replacement, but that was only good enough for 11th.

Nico Hulkenberg put the other Renault in the top 10. He was joined by the Haas pair and Kimi Raikkonen, the trio all with new ‘spec-two’ Ferrari engines in their cars.

As usual slippery conditions in the first session at Monaco saw several drivers make mistakes. Verstappen disappeared up the run-off area at Mirabeau and struggled to rejoin as he was initially unable to select reverse. Sebastian Vettel, Lando Norris and Lance Stroll were among those who went off at Sainte Devote. The latter had a tough session, ending up behidn the Williams pair, and irritating Verstappen by holding the Red Bull driver up.

Norris’s team mate Carlos Sainz Jnr failed to appear at all in the session due to a technical problem on his McLaren.

30 comments on “Hamilton, Verstappen and Bottas covered by a tenth in Monaco”