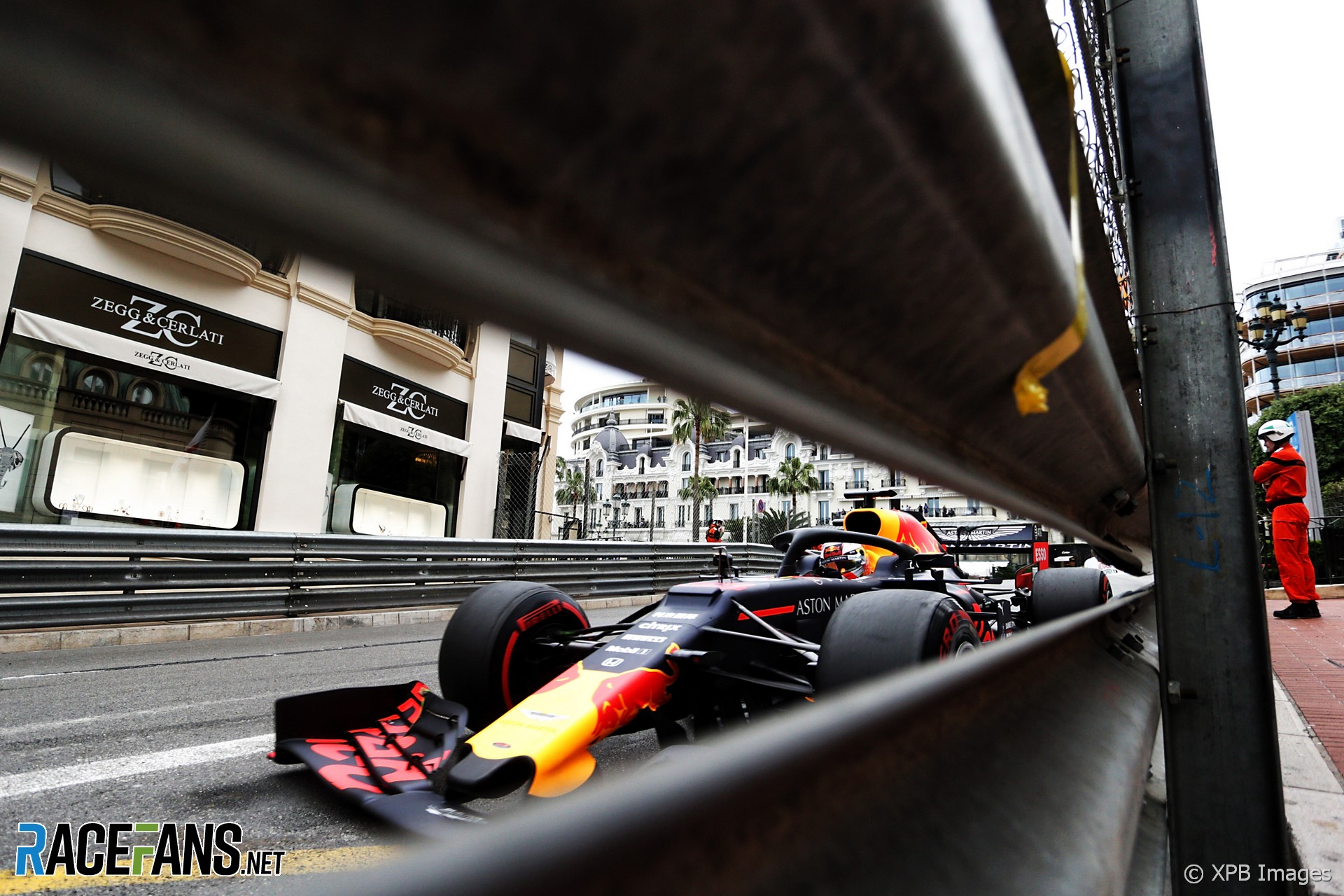 Mercedes arrived in Monaco, unpacked their W10 and got on with business as if it’s always been this straightforward for them around the streets of the Principality.

In fact, first practice yesterday was the first time the silver cars had led any session around Monte-Carlo’s streets for two years. And to begin with it looked as though they might not have things entirely their own way: Max Verstappen split Lewis Hamilton from Valtteri Bottas at the top of the times sheets.

Second practice was more discouraging for those hoping more than one team might be in the hunt for victory this weekend. Verstappen was delayed in his garage while Red Bull repaired a radiator which had been damaged by debris. Once back on the track, Verstappen reported his car was lacking grip. It later turned out this was the result of an experimental set-up change.

So after the usual Friday day off, can Verstappen get back on terms with the Mercedes drivers when the serious action resumes on Saturday? Normally Red Bull are a little less competitive in terms of one-lap pace, but much of that is likely to be down to Mercedes’ high-performance engine modes, and those will count for less around Monaco.

Last year the final practice session was Verstappen’s undoing as he creamed his RB14 into the wall coming out of the Swimming Pool and missed qualifying entirely. Since then he’s seldom put a foot wrong, but he will have to wring every last hundredths from the Red Bull if he’s going to get in among the Mercedes.

Do Red Bull have more in hand? It’s possible: Mercedes have already lapped Monaco quicker than they did last year, while RB15s are still more than a second off what they managed in 2018.

A curious aspect of Thursday’s lap times was that Red Bull and Ferrari were not as far ahead of the midfield as usual: Another indication Mercedes’ closest rivals have a bit more lap time in.

However only one of the Red Bull drivers is likely to trouble Hamilton and Bottas. Pierre Gasly pronounced himself happier with his car’s balance after second practice, but as yet he’s not shown he can deliver close to the kind of blistering pace we’ve come to expect from his team mate.

One-lap pace is vital in Monaco and it will be this the team’s simulator drivers are prioritising today as they have an extra 24 hours to wring performance from their cars. Last year Ferrari often returned to the track on Saturday in better shape after Antonio Giovinazzi or Daniil Kvyat’s labours in the virtual car.

Understanding the tyre performance remains a key aspect of their deficit to Mercedes, which was over three-quarters of a second yesterday. It’s hard to imagine them overturning that kind of gap even with an extra day to play with.

Williams’ pre-weekend warning that the progress they believe they have made with the FW42 would be hard to discern in Monaco appears to be bang on the money. The cars look worse here than anywhere else, over two seconds slower than almost everyone else.

Lance Stroll also had a tough time of it on Thursday, well off his team mate’s pace in a Racing Point chassis which has not improved as they team hoped it would after its Spanish Grand Prix upgrade. Stroll also vexed no fewer than three of his rivals by getting in their way. Based on his form so far, that should cease to be a problem for them after Q1.