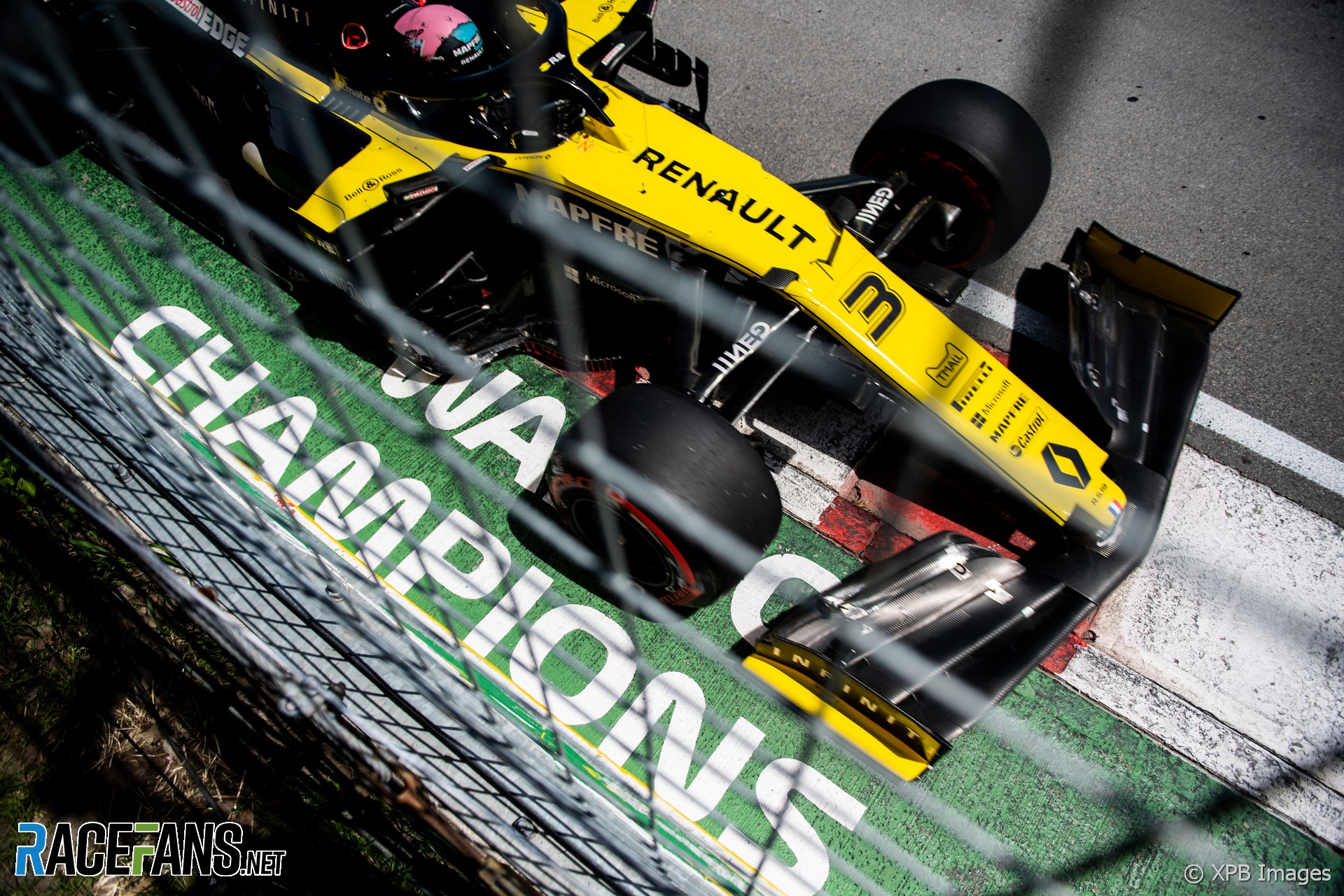 Ricciardo reckoned his Q3 lap was probably good for fifth on the grid, and was stunned when it earned him fourth. Having to start on old tyres was always going to put him at a disadvantage, but he was aided by Renault playing the strategy game, and his eventual sixth place was fully deserved.

For once the Mercedes W10 didn’t look like it was quite good enough for pole: Ferrari’s speed down the straights was just too much for it. In race trim it was potentially the quicker car, however, and he wielded superbly as he piled pressure on Vettel.

It eventually had the desired effect, and Hamilton demonstrated a clear understanding of the rules of racing when Vettel cut him up as he rejoined. The widely held perception is that Vettel was hard done by because of the penalty; the reality is Hamilton deserved greater recognition for pushing his rival beyond the brink again.

On one-lap pace Lando Norris was potentially not quite as quick as his team mate, but he was very close, and when it came to the crunch his lap was a clean one. His spirited lap one re-pass on Max Verstappen showed he wasn’t about to roll over for a faster car, but once Verstappen inevitably got by a mystery technical problem put Norris out.

A weekend to forget for Haas in general and Kevin Magnussen in particular. He smashed his car up in Q2, and after his team put it back together again he was never able to break out of a frustrating cycle of temperature managed and blue flags.

He made his feelings clear on the radio, and although team principal Guenther Steiner’s reaction seemed disproportionate, Magnussen smoother things over by apologising to the team at the end of the race.

Having edged closer to Verstappen in recent races, Gasly was demonstrably the weaker of the two in Montreal. While Verstappen lucked out trying to get through Q2 on the harder tyres, for Gasly it was never a realistic option.

In the race he fell behind Lance Stroll and couldn’t get out from behind the Racing Point. The upshot was he not only lost a place to his recovering team mate, but to Nico Hulkenberg’s Renault too.

Kubica was the only driver to do all three of his best sector times on the same lap in qualifying. Ordinarily that would indicate a drier who had performed well, but as the lap which resulted was seven-tenths of a second slower than his team mate’s imperfect effort, it reflects much less well.

In the race he had to make an extra pit stop and finished almost a minute behind the other Williams.

Having kept Hamilton honest over the opening six races, Valtteri Bottas let himself down in Canada with a messy Q3 which left him well behind where his Mercedes should have qualified. Indeed, so much so that his cooling configuration wasn’t generous enough to allow for the extra cars ahead of him, a problem which was amplified on the first lap when he let Hulkenberg get the better of him.

However he fought back from there to regain fourth, which was the minimum the car deserves, and collected the bonus point for fastest lap.

Whatever the rights and wrongs of Sebastian Vettel’s penalty, it came about because of another error under pressure. Until that point he’d driven a fine, Star-worthy weekend. Charles Leclerc was well off his pace in qualifying but much stronger in the race, and might have bagged second if Ferrari had bothered to tell him he only needed to find an extra 1.038 seconds over his final stint.

Running long on the hard tyres at the start of the race allowed Max Verstappen to recover from his Saturday setback, where he failed to make the cut for Q3 after trying to run the medium tyres in Q2.

Nico Hulkenberg might have beaten his team mate home had Renault not told them to hold station. Like Verstappen, Stroll found himself on the optimum strategy and benefitted in a big way, rising eighth places to grab points for ninth at home, despite having to revert to the old-spec power unit. Daniil Kvyat bagged the final point after passing Carlos Sainz Jnr.

The McLaren driver was hard done by in qualifying as he had little opportunity to avoid a penalty for delaying Alexander Albon. Luck wasn’t on his side in the race either, as he had to pit early to have a tear-off fished out of an overheating brake duct. That meant a very long second stint, at the end of which he was knocked out of the points by Stroll and Kvyat.

Sergio Perez got the unlucky side of the Racing Point strategy coin. He led home Antonio Giovinazzi who out-qualified and out-raced Kimi Raikkonen despite a spin on Sunday.

The race was ruined for Alexander Albon when he lost his front wing at the start. Part of it landed in Romain Grosjean’s cockpit and he lost time running wide at turn one, then fell into Haas’s now painfully familiar tyre temperature trap. At least he saw the chequered flag, unlike Albon. George Russell made it to the end to, quite comfortably ahead of his team mate.