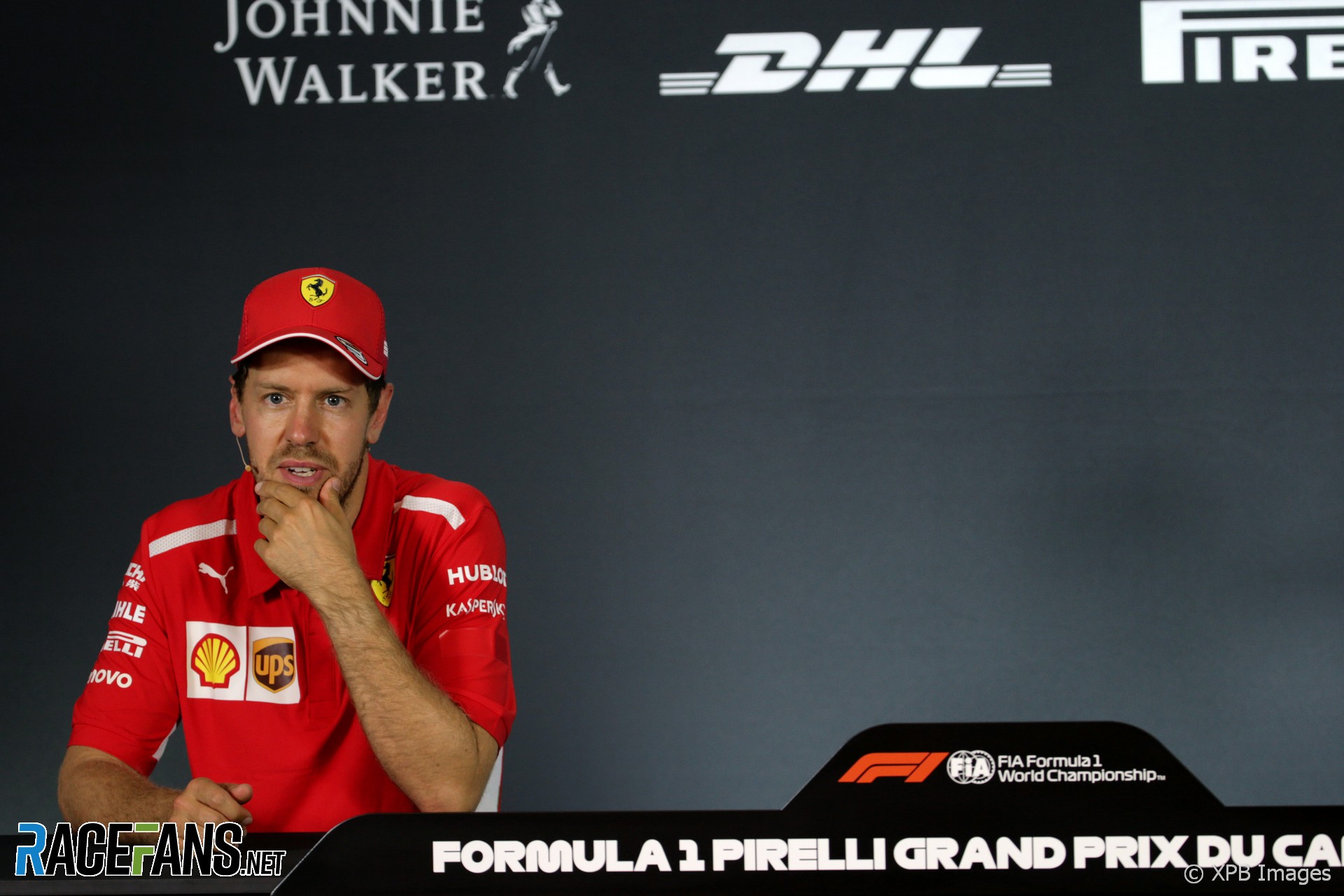 A Ferrari spokesperson has confirmed to Racefans that the team have formally withdrawn their notice of intention to appeal against Sebastian Vettel’s Canadian Grand Prix penalty. However, the team has a further ten days to pursue an alternative protest against the decision, pending new evidence.

Ferrari had lodged their intention to appeal against Vettel’s 5 second penalty immediately following the Canadian Grand Prix. Once the stewards’ decision is published, a team has a 96 hours to lodge its appeal and submit documentation to the FIA.

Submitting an appeal would taken Ferrari’s case to the FIA’s International Court of Appeal, to be decided at their next meeting. However, there is another avenue of challenge to the penalty available to the team.

Article 14 of the FIA’s International Sporting Code, a regulatory document that governs all FIA championships including Formula One, details a ‘Right to Review’ for any decision taken by FIA stewards:

14.1.1 If, in Competitions forming part of an FIA Championship, cup, trophy, challenge or series, or of an international series, a significant and relevant new element is discovered which was unavailable to the parties seeking the review at the time of the Competition concerned, whether or not the stewards have already given a ruling, these stewards or, failing this, those designated by the FIA, must meet (in person or by other means) on a date agreed amongst themselves, summoning the party or parties concerned to hear any relevant explanations and to judge in the light of the facts and elements brought before them.

Using this Right to Review would be conditional on Ferrari finding new evidence, which was unavailable to the stewards when taking their original decision during the Canadian Grand Prix.

The same group of stewards – or another group of equivalently skilled stewards, for instance those at the French Grand Prix, would then review the incident again in light of the newly submitted evidence.

According to the current stewarding schedule, at least one of the Canadian stwards will officiate in France.

The stewards also have the power to decide if the submitted evidence counts as ‘significant and relevant’ such as to merit a review of the decision:

14.3 The stewards shall have the sole discretion to determine if a significant and relevant new element exists. The decision of the stewards as to whether or not such an element exists is not subject to appeal before the national court of appeal or the International Court of Appeal.

The Right to Review is open to Ferrari for two weeks after the initial decision; up to June 23rd. Which coincides with the French Grand Prix.

62 comments on “Ferrari confirm no appeal on Vettel penalty”