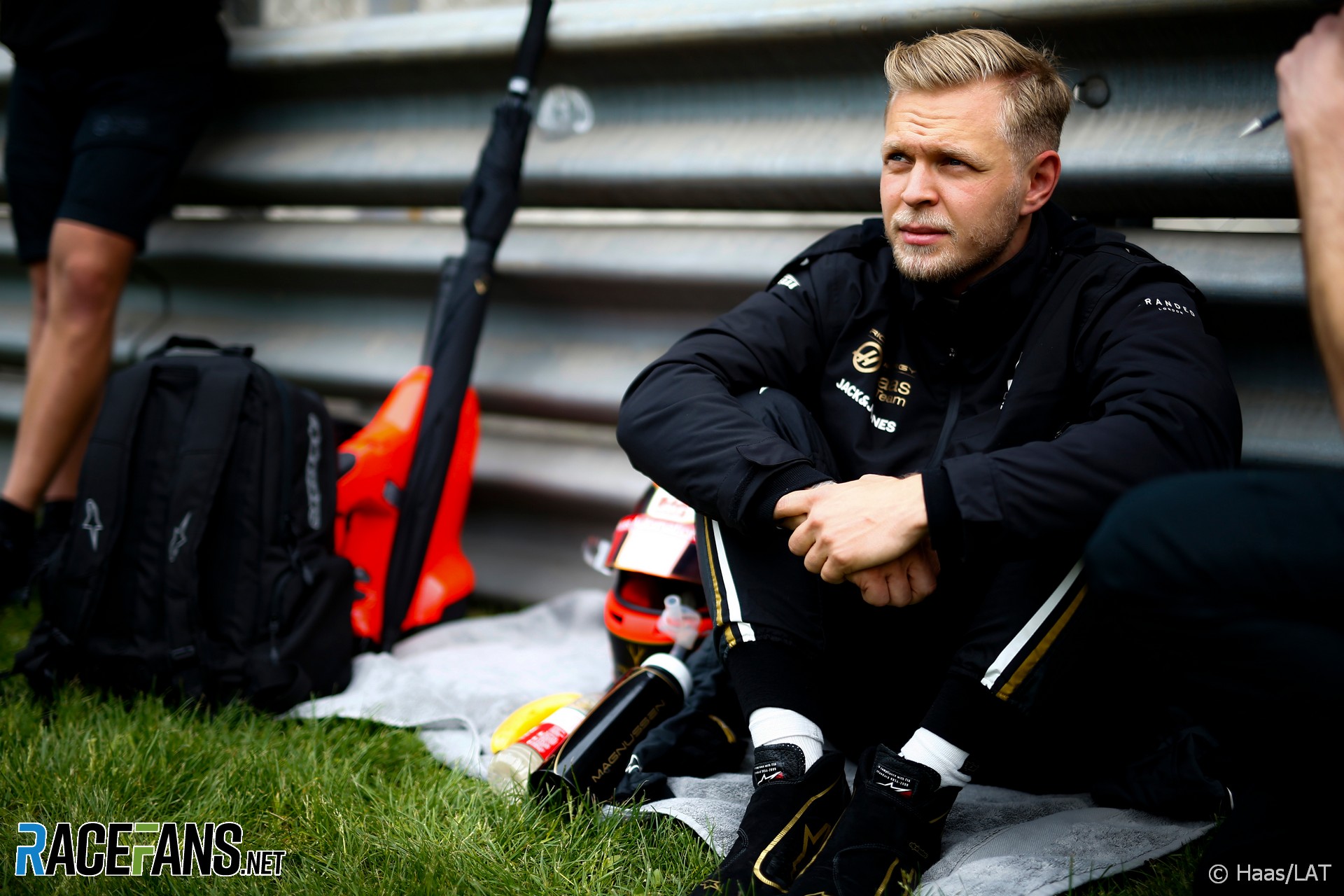 Kevin Magnussen has said that Haas would let him race the 24h du Mans with his father, if he could find the right Corvette opportunity.

Although not attending the race as a spectator this year, Magnussen said that his Formula One team had given their permission for him to race there with his father in the future, if an opportunity arose.

“I don’t want to just jump in unprepared because not only is it bad for me, it’s actually also bad for my dad because he needs to win, also and I need to be able to actually live up to it and actually bring something to the table.”

The event has not clashed with a Grand Prix since 2016, when a clash with the finish of Le Mans and the Azerbaijan Grand Prix was attributed to poor viewing figures.

Magnussen’s father, Jan, is a former Formula One driver who has been competing in sports car series since 1995, including every 24 hours of Le Mans since 1999. Also driving in the IMSA sports car series, Magnussen senior has taken four class victories at the endurance race, all with Chevrolet in a Corvette.

Despite the LMGT-Pro class being ruled out of an outright win of the event (bar a freak retirement of every prototype car), Kevin said that he would only be interested in driving with his father in a Corvette.

“I’d love to do it in a Corvette – he’s been with Corvette for like fifteen years or something, I don’t know – fifteen, twenty years and that’s him, you know, I’d love to jump into his world.”

Although not able to compete with prototypes for the outright win of Le Mans, GT cars are able to win in their own class, which Magnussen said he and his father would be aiming for.

“We’d be going for the class win. It would just be great to share a race car and to work together, professionally.

“We’ve always talked about it and always shared our experiences over the dinner table but to actually go about it together would be great.”

Jan Magnussen will be driving the 63 Corvette in this year’s 24h du Mans, against a 17-car field of LMGT-Pro entries, the highest class of non-prototype sports car at the event.