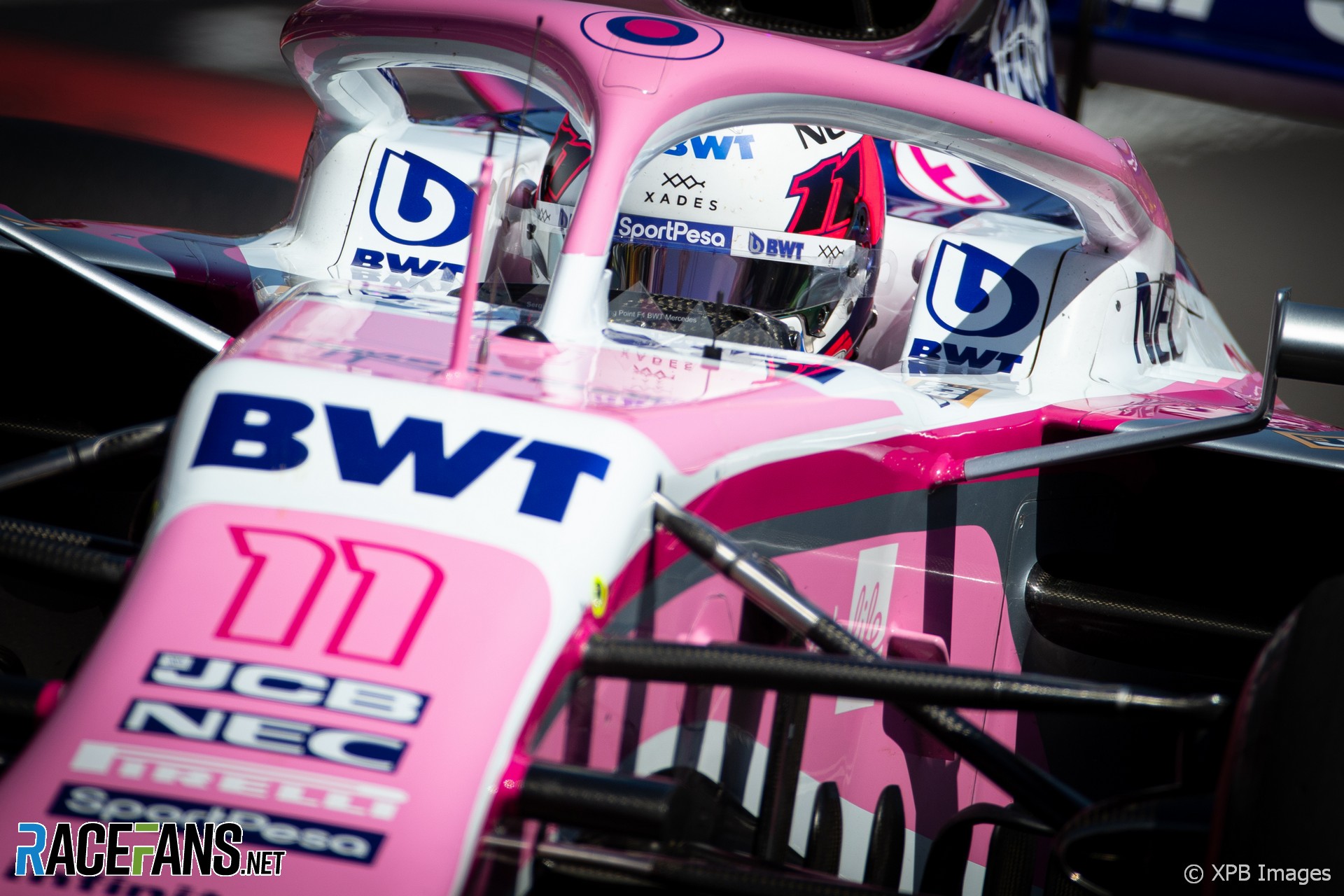 Sergio Perez complained he was given a penalty despite obeying the rules when he went off on the first lap of the French Grand Prix.

In response to a question from RaceFans the Racing Point driver said he was “totally aware” of the rules he had to obey when he left the track at turn three.

“You have to follow the rules. Today I got a penalty because of following the rules.”

The stewards ruled Perez had correctly followed the instructions on how to rejoin the track, but had still gained an advantage by passing other cars.

Perez explained what happened: “I locked up, I went off and I just did what I’m supposed to do, to go around the bollard to make sure that you respect track limits.

“But I still got a penalty so I don’t know what is their view. Because it’s been very clear, the rule, you have to go around the bollard and as long as you are behind the bollard you are complying with the rules.”

The Racing Point driver said the route he had to follow onto the circuit should have cost him enough time that he did not gain any advantage.

“For me it’s hard for me to comment whether or not I gained an advantage,” he added. “All I can say is that I stuck to the rules and if that’s quicker it’s not my problem, it’s how it is, we should just make it slower.

“Because [on] lap one of the race, chaotic lap one, you’re just trying to go around it to judge where you are. I ended up behind [Nico] Hulkenberg, it’s where I started, so for me it was very hard to see if I gained or not an advantage. All that I care about is to stick to the rules.”

Asked whether the race director should have told him to give the place back Perez said: “Yes, or just make the chicane slower. Because apparently if you go there you are meant to lose a lot of time but obviously if it’s lap one so I think it was wrong what we had and that hurt me a bit.”

37 comments on “Perez: I got a penalty for following the rules”