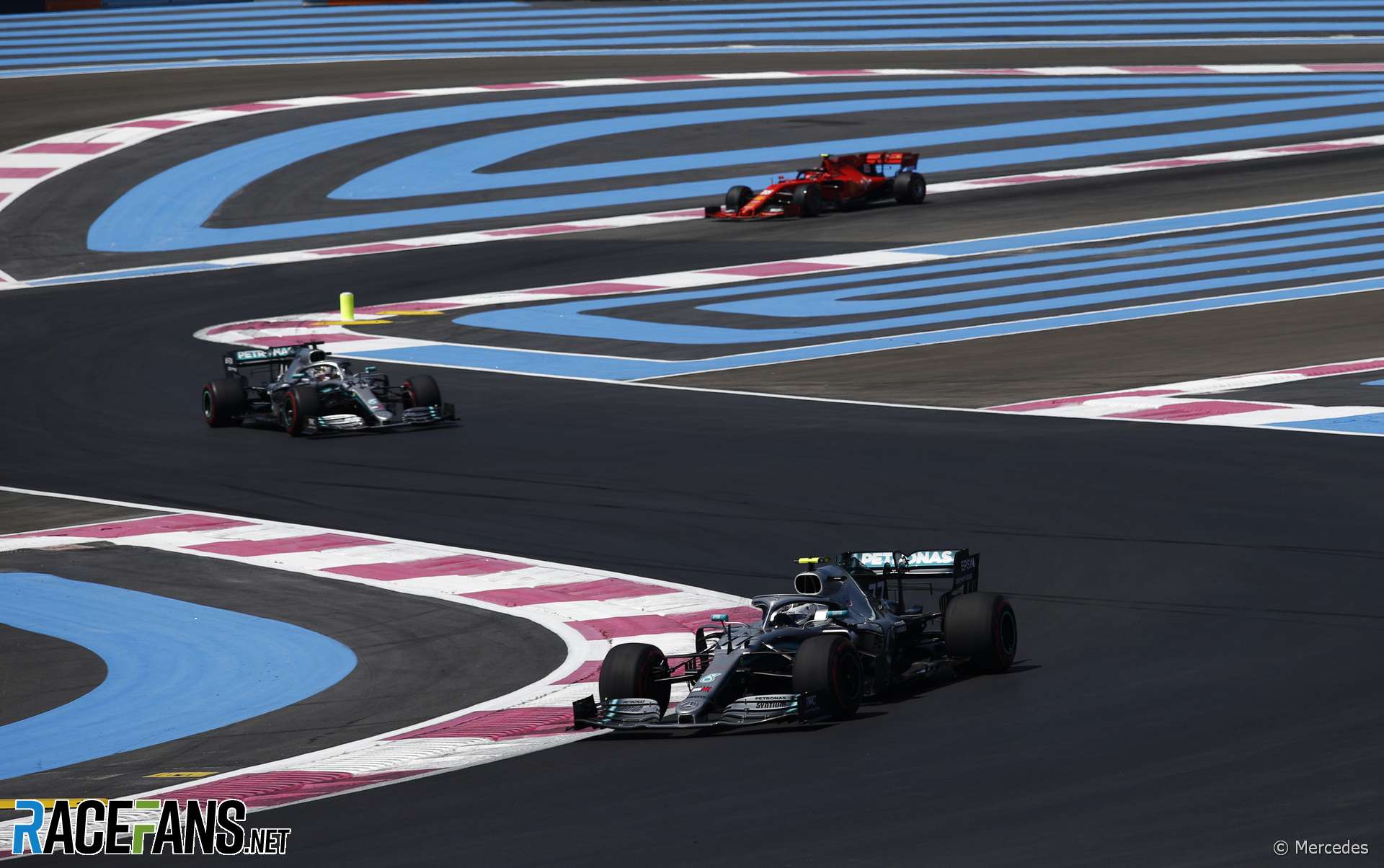 Mercedes team principal Toto Wolff has suggested removing the Mistral chicane from the Paul Ricard circuit to improve the quality of racing at the track.

Following a largely processional French Grand Prix dominated by the two Mercedes, Wolff said the quality of racing in F1 is “very circuit-specific” and a change of track layout at the French venue could help improve matters.

“Paul Ricard has all the ingredients that we need: In the south of France, glamorous, it’s a fantastic venue. And maybe we just need to have a very long straight rather than a chicane in between to allow for more slipstreaming.

“I believe it will certainly increase the show. For me the principle topic to tackle for the future is how can we have the greatest possible circuit layouts.”

FIA race director Michael Masi said the potential knock-on effects of removing the chicane, which would create a long run into the high-speed Signer corner, would have to be considered.

“I think it’s something that we’d have to look at, consider on its merits, have a look at the various data and go from there.

“There’s all of the flow-on impacts that might be a great idea at that point but move it down another 500 meters and you might have some consequences that we haven’t considered. So at the current point, no, but we’re happy to look at what comes up.”

Wolff pointed out F1 had enjoyed better races recently at tracks with longer straights. “You can see that we had good racing in Montreal, we had great racing in Baku.

“If we get the rules right for 2021 in terms of aerodynamic efficiency and the turbulence that you create behind the cars and look at some new, exciting sporting regulations, I think these are the ingredients to make a good show. But like in football you will have boring matches and you will have exciting matches.”