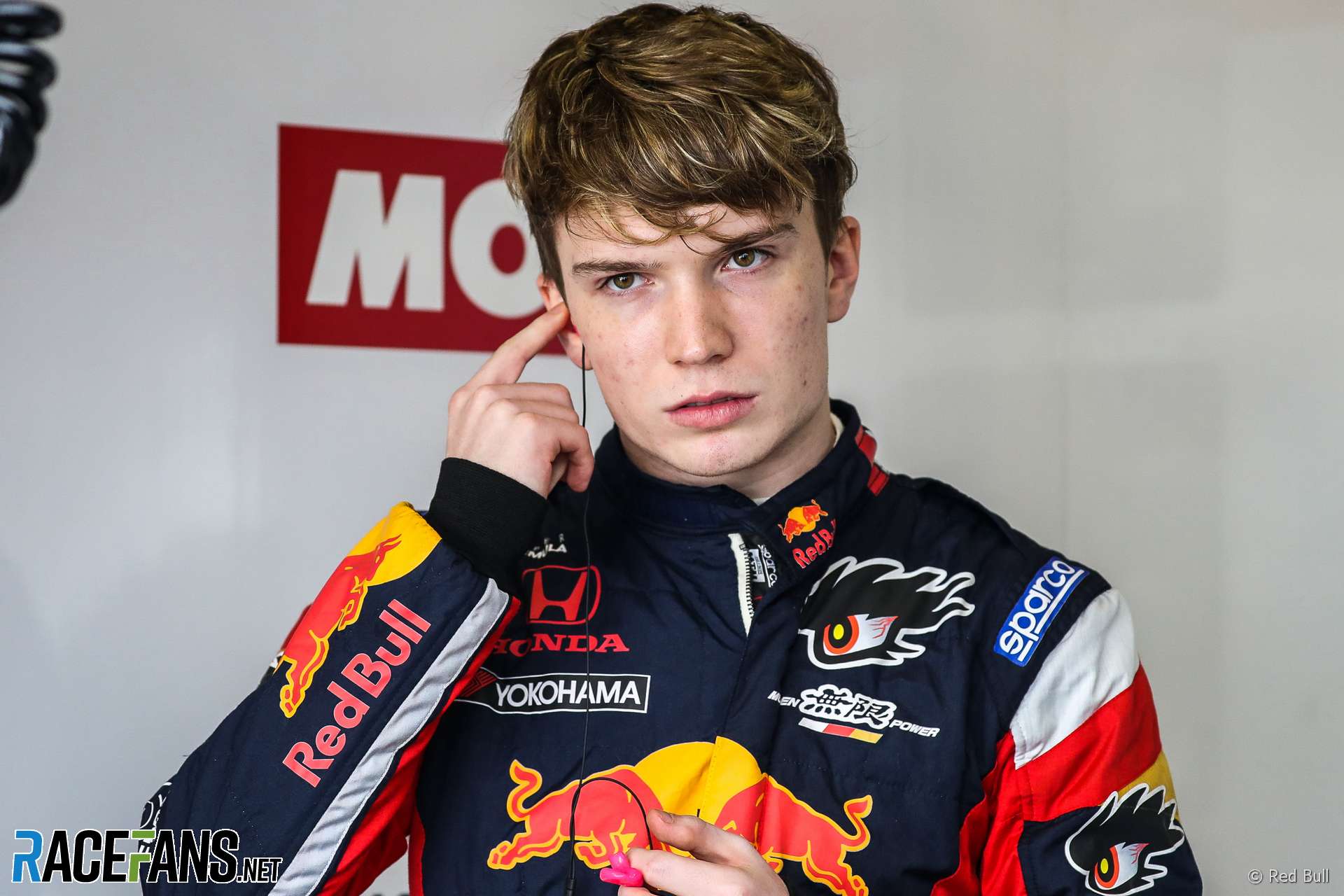 That Dan Ticktum has been shown the door by the Red Bull Junior Team comes as no surprise. The team may have kept the faith in him following his notorious 2016 ban for for overtaking cars and crashing into a Formula 3 rival under Safety Car conditions, but his performance slump has done for his chances. This year he scored but a single point in three Japanese Super Formula races.

Having been given his marching orders, Ticktum – a two-times Macau Grand Prix winner and holder of the 2017 BRDC young driver award and thus not lacking in talent – joins a long list of Red Bull rejects. These were schooled by the company at great expense in the hope of finding future F1 stars, yet mostly achieving great things in the sport outside of the Red Bull system. Rather perversely, when the company has needed to fill berths in its Formula 1 teams, the programme has been found wanting.

Red Bull’s records show over 70 drivers have passed through the Junior programme since 2001. That number excludes folk such as Enrique Bernoldi, whom ex-driver-turned-Red Bull F1 consultant Helmut Marko infamously rated as a better than Kimi Raikkonen, precipitating Red Bull’s split with Sauber. Of the 70, 14 (20 per cent) made it into F1.

The list also excludes former drivers such as Mark Webber and David Coulthard, who ‘made it’ to F1 without support from the company, while Max Verstappen was well on his way to the premier league when he signed for Toro Rosso. Such was Red Bull’s keenness to hire him, his handlers able to drive a hard bargain. Indeed, at the time they were in talks with Mercedes and Ferrari, and demanded he be put in an F1 car at age 17.

If all the drivers who received Red Bull support over the years – from karting to the top echelon – are factored into the equation, the total runs into hundreds. Yet when Red Bull needed to fill Toro Rosso’s two seats for this season it had to recall Daniil Kvyat (who it booted out of F1 a little over a year earlier) and Alexander Albon (who spent a single year on their programme in 2012).

If the aim of the Junior programme is to develop F1 drivers such situations point to something seriously amiss with the selection process. In 20 years and over 350 grands prix, just three alumni – Sebastian Vettel, Daniel Ricciardo and Verstappen – won grands prix. Of these only Ricciardo can be considered a fully ‘homegrown’ product of Red Bull’s system, the other two having been schooled elsewhere.

Vettel, Red Bull’s only F1 world champion to date, made his F1 debut with BMW, who snapped him up following his crushing performance in the German Formula BMW championship. Verstappen was handed an F1 seat immediately after Red Bull signed him. As for Ricciardo, he departed the Red Bull fold immediately after he became a free agent. Perhaps Red Bull-Honda’s victory in Austria has given him causde to regret the move, but that is beside the point: At the time Ricciardo wanted out, for whatever reason.

The programme’s strike rate suggests a ‘shotgun’ rather than ‘sniper’ approach to driver selection. Has it promoted drivers too far beyond their skill levels too soon?

In management speak this phenomenon is known as the ‘Peter Principle’, named after the Canadian educational ‘hierarchiologist’ Dr Laurence J. Peter, who found employees (drivers, in this case) stop being promoted once they no longer perform effectively, and thus rise to the level of their incompetence.

Of course, as in the real world, many of these employees switch disciplines, then go on to attain great heights outside of the organisations that invested in them in the first place. Consider Formula E champion Jean-Eric Vergne or Le Mans 24 Hour winner/double WEC champion Brendon Harley. Indeed, the list of ultimately successful drivers lost by Red Bull is virtually as long as the alumni list!

Although Ticktum and Pierre Gasly, the latter the latest driver to be linked to demotion after a tough start to his first full season at Red Bull, can draw solace from the fact that there patently is life outside of Red Bull. But the overriding question remains: given that Ticktum was the only Red Bull Junior remotely close to a Super Licence, whom would Red Bull now call on were it to send Gasly packing?

Ironically, the Frenchman’s saving grace could be a lack of qualifications among the current junior drivers, none of which have the necessary qualifications to drive a Toro Rosso next year. Unless another ex-Junior Team member can be appointed to Toro Rosso (as with Hartley and Albon), Red Bull’s only means of replacing Gasly would be through a straight exchange of seats between him and one of the Red Bull drivers, much as they did in 2016.

In this scenario either Kvyat would regain a Red Bull seat in much the same way he lost one three years ago, or Albon would be elevated to the top team as quickly as Gasly was, which is arguably a cause of their current predicament.

But this doesn’t even begin to address the dilemma faced by Red Bull should rumours surrounding Verstappen’s departure at season’s end for pastures greener (or redder) come to pass. Just imagine – Red Bull could be forced to recall Vettel…