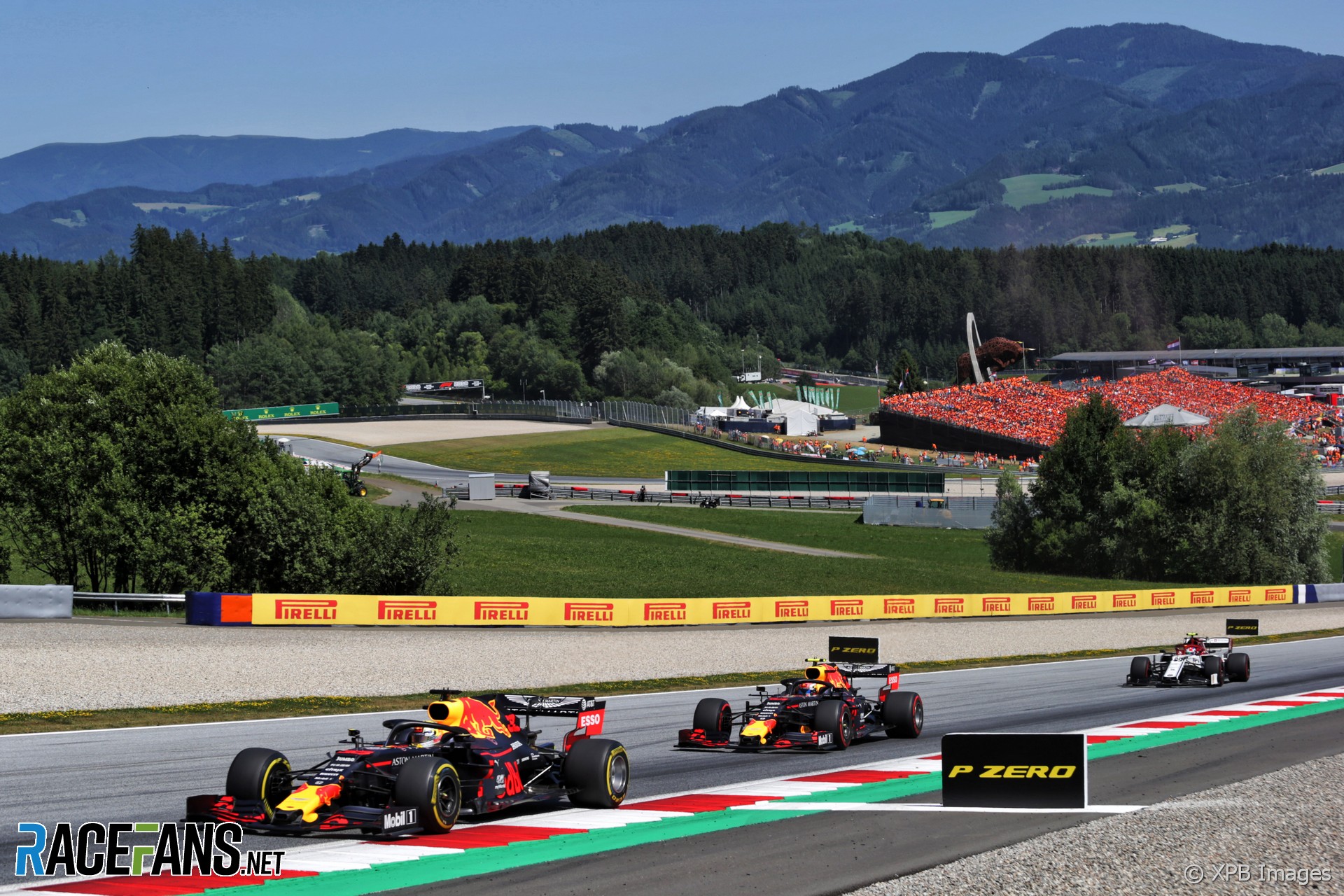 Pierre Gasly says an engine mode his team mate Max Verstappen used in the Austrian Grand Prix is one he hasn’t run on his car before.

However Verstappen denied the mode he used on the way to his victory in the Austrian Grand Prix two weeks ago is his Honda’s maximum power setting. Verstappen’s radio communications revealed some concerns with his power unit during the race and included references to him using engine mode 11.

Gasly, who was lapped by his team mate during the race, confirmed when asked at Silverstone he hadn’t used the mode before in any race weekend session, including in qualifying where teams normally activate their highest power engine modes.

“It’s different things between quali and the race,” said Gasly. “I don’t want to be talking about this. But to answer your question, no [I haven’t used it].”

The drivers were cagey about the purpose of engine mode 11. Verstappen denied it is the most powerful setting available to the drivers, saying it is “just something you do in the race”.

Verstappen’s win was the first for Honda since their return to F1 under the V6 hybrid turbo regulations. But he said the team still need more from their power unit.

“I think we still need to work hard,” he said. “Of course it’s a race victory but it doesn’t mean that now suddenly we are the dominating team. We still need to step up our performance at bit more.”