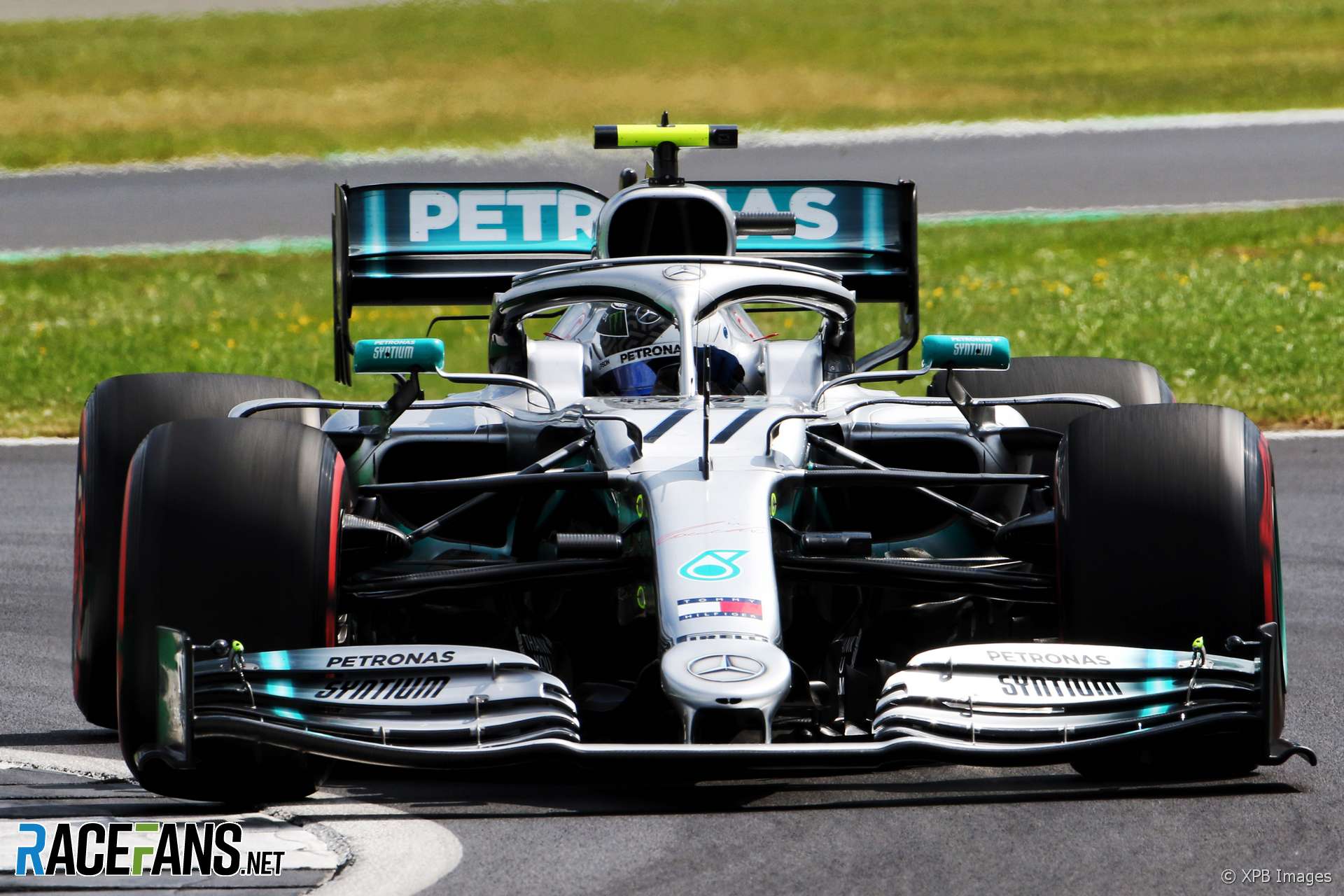 The Mercedes driver beat his team mate and Charles Leclerc’s Ferrari by less than a tenth of a second.

Lewis Hamilton led the drivers in Q1 but it was nip-and-tuck between him and Charles Leclerc. Hamilton shaded the Ferrari by just two-hundredths of a second, but used a set of soft tyres to do so while Leclerc only ran a set of mediums.

Sebastian Vettel also used a set of the harder rubber to secure his place in Q2, though he began a run on softs at the end in case he needed to respond to other drivers’ improvements. He didn’t, and pitted after a single lap.

While the Williams pair remained rooted to the bottom of the times as usual – George Russell almost half a second quicker than Robert Kubica but over a second slower than anyone else – the other Mercedes-powered cars had a sniff of Q2. Lance Stroll once again failed to get his Racing Point into the final 15, but Sergio Perez’s last lap of the session got him in.

That meant Kevin Magnussen failed to progress by a mere 13 thousandths of a second. Toro Rosso’s Daniil Kvyat also fell at the first round.

The medium tyre appeared to be the preferred option for most of the front runners to begin with in Q2. Leclerc headed the field on the yellow-coloured tyre, edging Bottas by two-hundredths of a second. Hamilton in the other Mercedes came third, also on mediums.

Pierre Gasly, who looked in much better shape throughout practice, for once joined his team mate in running the harder tyre as well. He got within two tenths of Max Verstappen.

Vettel stood apart from his fellow front-runners initially, using his worn set of softs from the end of Q1 to post the eighth-fastest time. However when he returned to the track on a second set of softs it became clear Ferrari intended him to start the race on them. He briefly came under threat, slipping outside of the top 10, but his last effort put him comfortably fifth.

By then Leclerc had also improved his lap time on the soft tyre, ensuring both Ferraris would start on the same compound, while both Mercedes and Red Bulls will use mediums.

The other drivers to proceed into Q3 all used softs: The Renault pair plus home racers Lando Norris and Alezander Albon.

A twitch of oversteer in the middle of Brooklands spoiled Hamilton’s first run in Q3 and handed the initiative to his team mate. Bottas hit the top of the times with a 1’25.093.

Bottas had lost pole position in Austria on the final run in Q3, and it looked like the same was about to happen. His final run wasn’t clean, and behind him Hamilton was improving.

But not, it turned out, by enough. Hamilton fell short of beating his team mate by a mere six thousandths of a second.

It wasn’t over. Leclerc unleashed a superb first sector and looked on course to beat both the Mercedes. But Ferrari’s tyres had been fading at the end of the lap throughout practice and the same seemed to happen again. He fell short by less than a tenth of a second, ending up third.

He was comfortably ahead of his team mate, however, who will line up behind the Red Bull pair. Daniel Ricciardo grabbed seventh ahead of Lando Norris, Alexander Albon and Nico Hulkenberg.