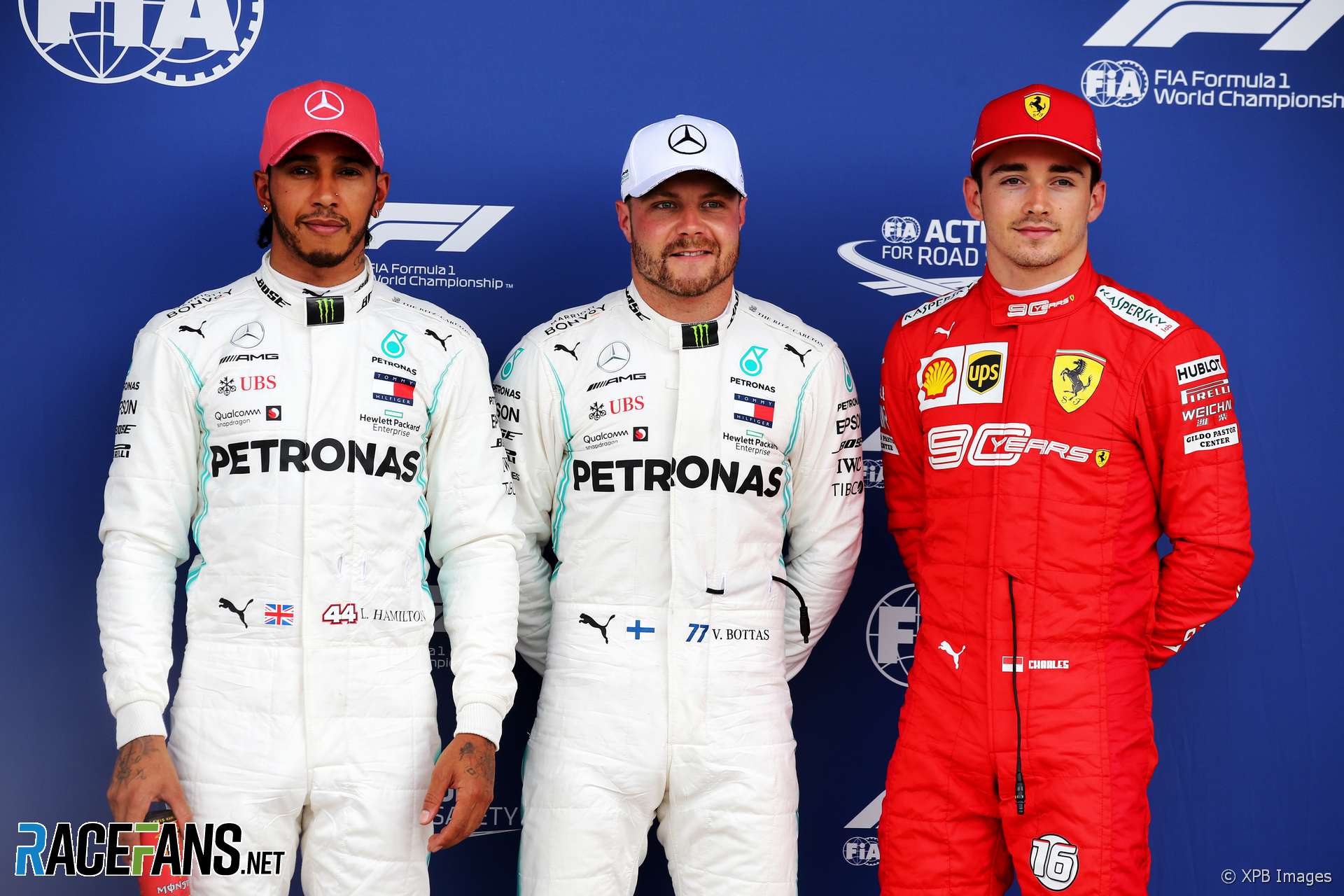 As in Austria two weeks ago, Ferrari has gambled on starting the British Grand Prix on soft tyres, while rivals Mercedes and Red Bull have opted for mediums.

But the overall picture of the race is somewhat different to two weeks ago at the Red Bull Ring. First, there is neither the heat not altitude for Mercedes to be concerned about the engine cooling which forced them to back off so much in Austria.

Tyre strategy at Silverstone looks likely to be dictated by tyre wear – rather than degradation or graining – due to the high cornering speeds at the resurfaced, super-fast track. Pirelli expect teams will be forced to make two pit stops to ensure the tyres last.

This wouldn’t come as a total shock after last year, when Sebastian Vettel won with a two-stopper. However changes in the track surface could still change the picture. Between qualifying and the race there are two F2 races, an F3 race and other support races which give a chance for the track to rubber-in further. As the track started the weekend in such a green state, the track evolution effect could be strong.

Pirelli believe a soft/soft/hard strategy is the quickest way to the end of the race, providing teams have suitable tyres available. For those starting on medium tyres, including the Mercedes pair on the front row, a medium/soft/hard mix is the way to go. But could they be tempted to eke out that first stint on mediums, then go to the end on hards? The hard tyre performance will be key to this, so keep an eye on whoever is first to run that tyre in the race.

The other key difference to Austria is that Ferrari has not been able to take pole position. Their highest car is third-placed Charles Leclerc, who has two medium-shod Mercedes in front of him to deal with. If he can get past them at the start of the race – wielding his softer rubber, Ferrari’s excellent straight-line speed and the knowledge the Mercedes drivers are racing with an eye on the championship – that could be the making of his race.

Home favourite Lewis Hamilton missed pole position by the tiniest of margins – a mere six-thousandths of a second – but his car ran superbly over a long run on Friday and he’s been keen not to mess with the formula. “The race trim is still good,” he said after qualifying. “I didn’t want to move from the set-up I had, too far away, because it worked so well on the long run yesterday.”

Red Bull, meanwhile, look in good shape too. Max Verstappen was surprisingly close to the one-lap pace of the Mercedes, and if he’s as quick over a race stint as he was last time out, we could have a corking British Grand Prix on our hands.

Will it be a battle of the Mercedes at Silverstone? Or will Ferrari or Red Bull get in the mix?

Share your views on the British Grand Prix in the comments.