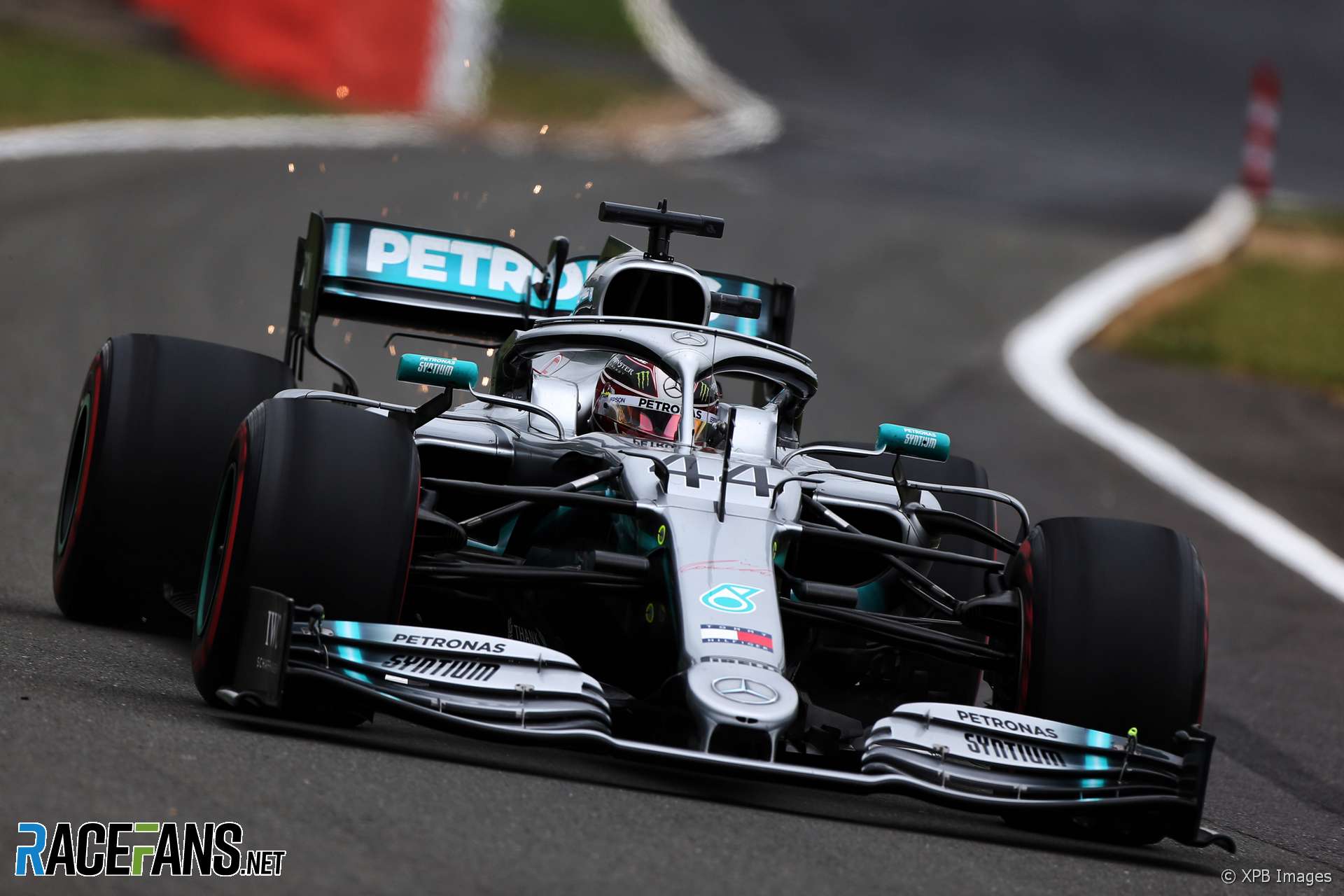 The Mercedes driver got ahead of team mate Valtteri Bottas thanks to a mid-race Safety Car period triggered by Antonio Giovinazzi. Bottas resisted a had already pitted to cover off the threat from the cars behind him but Hamilton, running longer, was able to save time by pitting during the Safety Car period and came out ahead of his team mate.

Charles Leclerc finished third despite also losing out during the Safety Car period and falling to sixth. He claimed the final podium position by passing Pierre Gasly, and benefited from a controversial collision between their team mates.

Max Verstappen brought his damaged Red Bull home in fifth place after being hit from behind by Sebastian Vettel approaching Vale. The Ferrari driver had been trying to get down the inside but found his way blocked by Verstappen. Vettel was given a 10-second time penalty but finished outside the points anyway.

The midfield battle was also shaped by the mid-race Safety Car. Carlos Sainz Jnr benefited and claimed sixth place but his team mate Lando Norris, who pitted earlier, was unhappy with his strategy and dropped to 12th.

The Haas drivers made contact on the first lap of the race and had to pit for fresh tyres, dropping them to the back of the field.