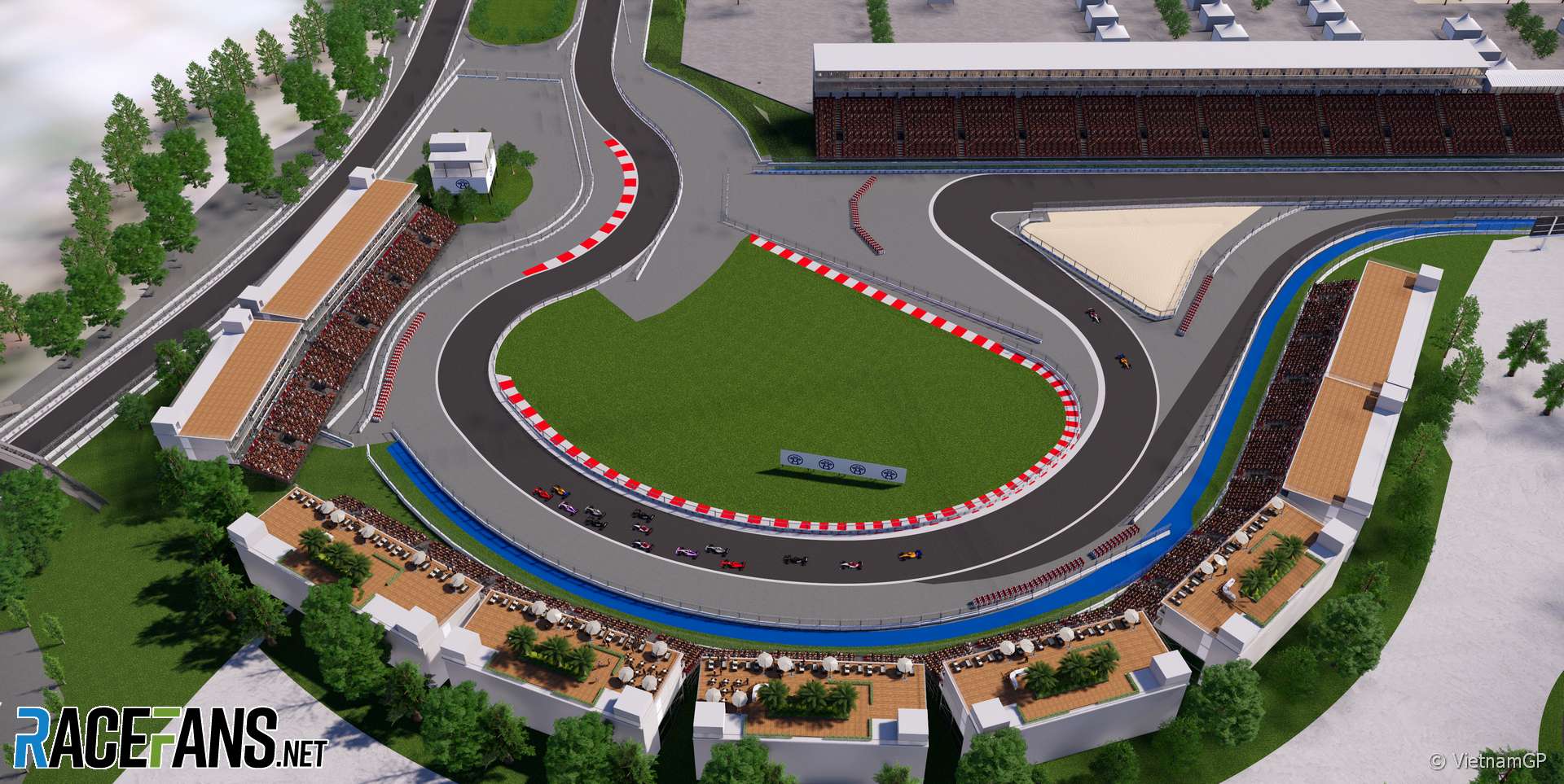 The Vietnam Grand Prix promoters have produced new renderings to illustrate how the brand new addition to the 2020 F1 calendar will look.

Formula 1 will visit the country’s capital city Hanoi for its first race on the new street circuit next year. The 5.6 kilometre circuit uses a combination of city road plus a purpose-built section, similar to previous city venues such as Singapore and Adelaide.

Formula 1 motorsport director Ross Brawn said the championship’s input into the Hanoi track design will make it “the first circuit that’s been designed from the ground up to be a great racing circuit.”

F1 intends to learn from its experience with the Vietnam circuit to shape future plans for new tracks, Brawn explained. “There’s nothing to say we’re a hundred percent, we’ll probably make one or two mistakes, but I think we will go a long way towards the sort of circuit we want,” he said. “And we will learn from Vietnam and do the next one.

“We don’t want all circuits to be the same. It’s incredibly boring if we had great racing circuits but they’re all exactly the same template. We want countries to have their identity, we want circuits to be unique. Vietnam will be half-city, half-race circuit which I think is pretty exciting.”

Construction work at the circuit began in March. Formula 1 Management has indicated the race will be run in April next year. This suggests the race is likely to take the slot held by the Azerbaijan Grand Prix this year, meaning Baku’s round of the world championship will be held later in the season, most likely in June.