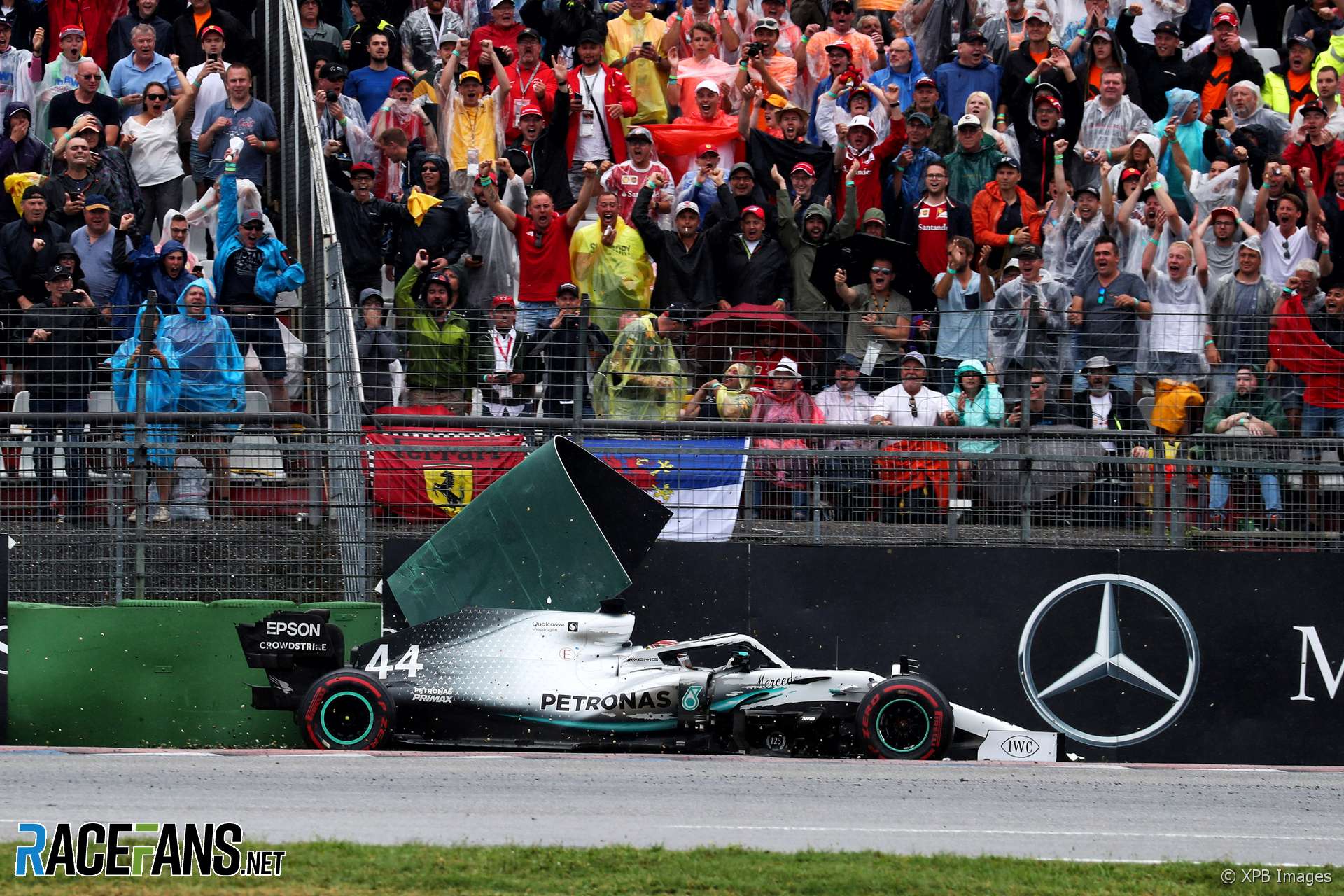 Lewis Hamilton didn’t ask Mercedes for either type of wet weather tyre at the pit stop which he described as the “turning point” in his race.

Hamilton, who led the early stages of the race but crashed after switching to slicks tyres as more rain fell, said his race started to go wrong “when they put slicks on when it was still wet”.

However Mercedes trackside operations director Andrew Shovlin pointed out the team had only been discussing which type of slick tyre to fit, and not whether to take intermediates or full wets.

“The conversation we were having with him was actually about the medium,” said Shovlin. “We thought it was going to get drier, that’s what we were reading into the weather forecast and the medium was the only tyre we were comfortable taking to the end.

“Lewis was actually saying that tyre is too hard, and that was why we put him on the soft tyre. We know now that we should’ve been having the conversation about going to the intermediate tyre but at the time what we were discussing with Lewis was just medium or soft.”

Shovlin admitted Mercedes’ later decision not to pit Hamilton when Nico Hulkenberg crashed was a mistake.

Mercedes left Hamilton out because he had a five-second time penalty which they did not want to serve under a Safety Car. “We did talk about serving the penalty under the Safety Car, but we were concerned we’d drop behind some midfield cars, we weren’t sure how quickly we would clear them,” said Shovlin.

“However, the really clever decision would’ve been to do something very similar to Stroll. We would’ve come in before the Safety Car had finished, serve the penalty, fitted the soft tyres, but we would’ve been one of the first cars on soft tyres and that would’ve actually given us the best result overall.”