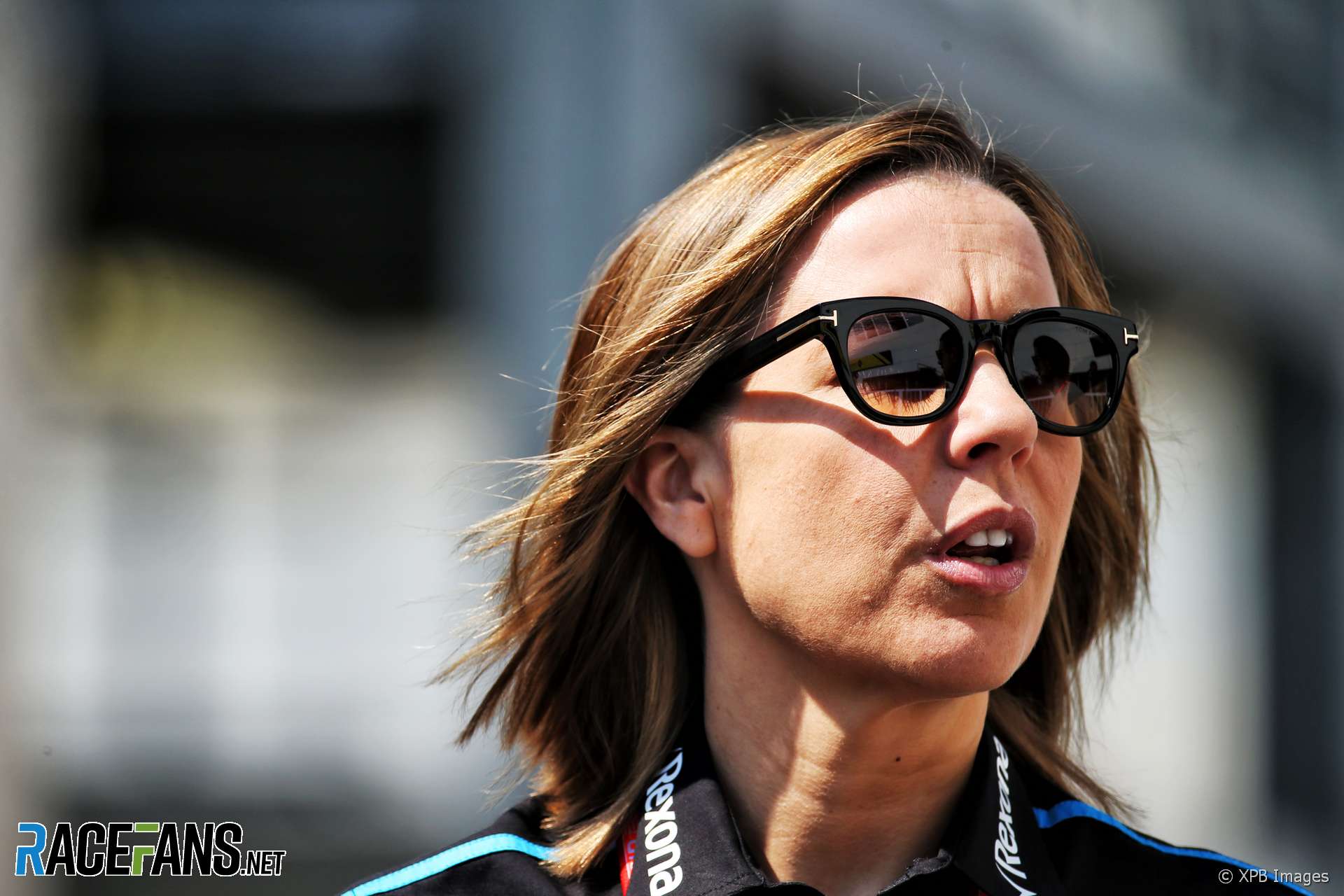 Williams deputy team principal Claire Williams has spoken out against the possible return of refuelling during Formula 1 races, saying it would be “10 steps backwards” for the sport.

FIA president Jean Todt has proposed reintroducing refuelling, which was banned 10 years ago, in response to concerns from drivers who believe new regulations for 2021 will further increase the weight of cars. Williams agrees the cars are in danger of becoming too heavy.

“The weight issue is something that we have debated for many an hour,” she told RaceFans in an exclusive interview. “And it’s something I do think needs to be addressed.

“We need to find ways in which we take the weight out, not just to improve racing [and] improve the cars for the drivers to drive, but also if we don’t do it through the regulations then teams will try and do it themselves. And the bigger teams are able to dial out weight because it’s incredibly expensive dialling out weight [from] your Formula 1 car.

“The smaller teams, you’re figuring out your aero first and how your tyres work, the weight is the third thing on the list. You can’t do all three simultaneously if you’re operating on a small budget.”

Failing to address the weight problem could mean the front-running teams “can dial out that weight a whole lot quicker” she said. “And then we’re just going to have the same issues that we’re all complaining about now, and that is the same order, the same results on a Sunday afternoon.”

Allowing teams to refuel their cars during the races would allow them to reduce their starting weights. But Williams believes it would present the wrong image about the fuel efficiency gains the sport has made under the V6 hybrid turbo engine regulations.

“One of the conversations obviously on the table at the moment is refuelling,” she said. “I don’t see how that does not completely contradict and take us 10 steps backwards from what we are looking at trying to promote this sport and the virtues of F1 from an environmental perspective.”

How is Williams moving forward from its difficult start to 2019? Read RaceFans’ full exclusive interview with Claire Williams in today’s RacingLines column